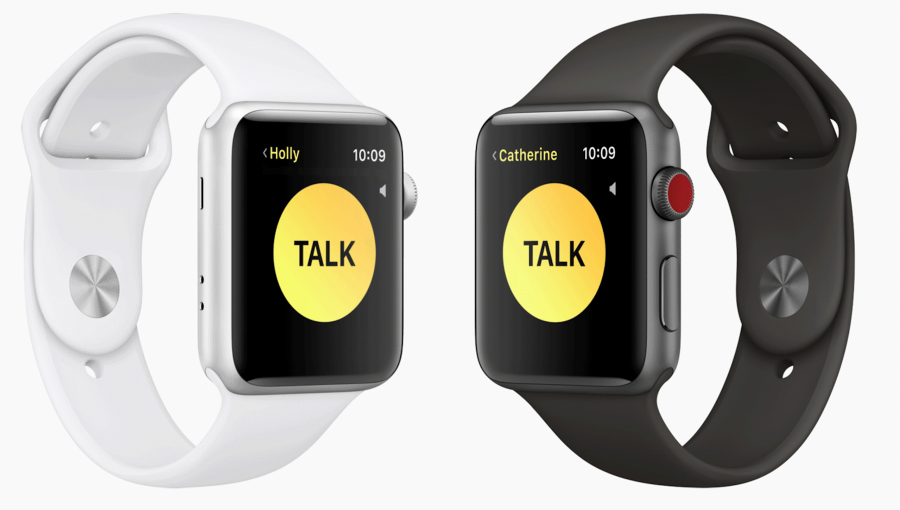 With the just-announced watchOS 5, Apple’s emphasis is largely on fitness, which has become a key reason for the Apple Watch’s success. But the company also revealed new communication, entertainment, and information-consumption capabilities. As a bonus, it announced a couple of goodies (not dependent on watchOS 5 and immediately available) that support a pet Apple cause, LGBTQ pride.

The Apple Watch is already a superb fitness device, so the promised features aren’t game-changing, but make it more useful for current users while looking to woo new kinds of athletes.

Fresh features include Activity Competitions, which let exercise-focused groups of friends compare notes and challenge each other. The competition feature in watchOS 5 enables users to invite each other to participate in seven-day Activity contests while receiving coaching notifications and earning points for closing Activity Rings. 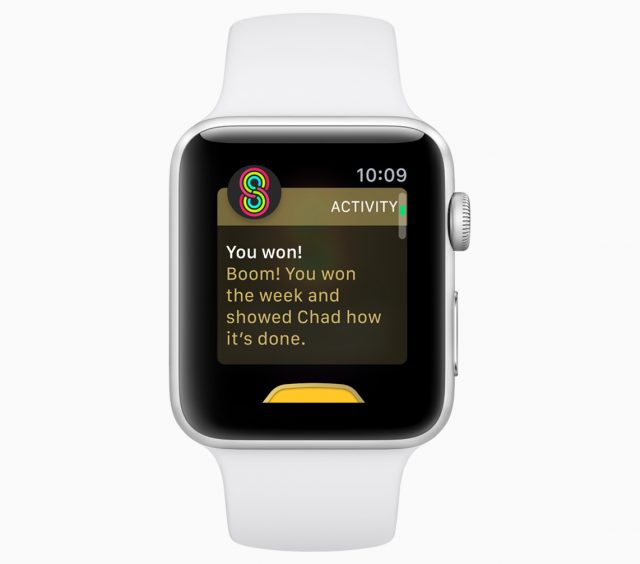 For those who regularly forget to begin a workout from the Workouts app, the watch now can nudge you with an alert to start the correct kind of workout and provide retroactive credit for the exercise you’ve already done. Users will also be reminded to end their workouts in the app when they’re finished. 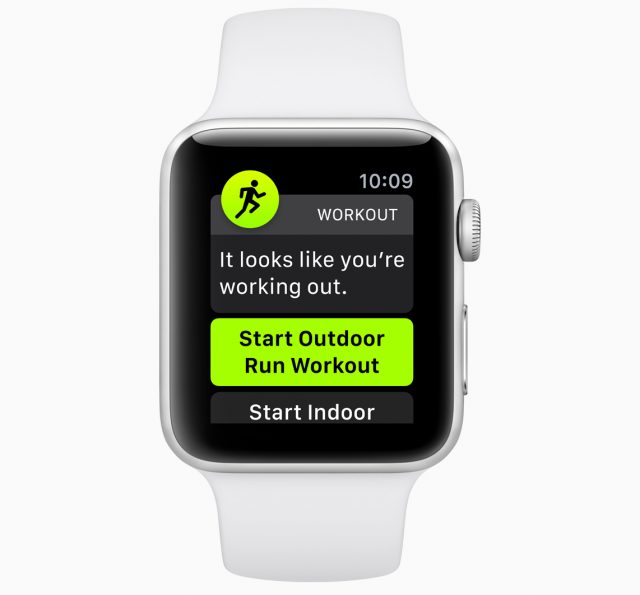 There are new kinds of fitness regimens in the Workout app, too, including Yoga and Hiking, each with their own metrics.

Speaking of metrics, the Apple Watch will now measure cadence (steps per minute) for those engaged in indoor and outdoor runs and walks. For those running outdoors, it will also provide a pace alarm to flag whether your workout is behind or ahead of a designated target pace. There is a new metric, too—called rolling mile pace—for runners to see their pace for the immediately preceding mile in addition to their average or current paces. 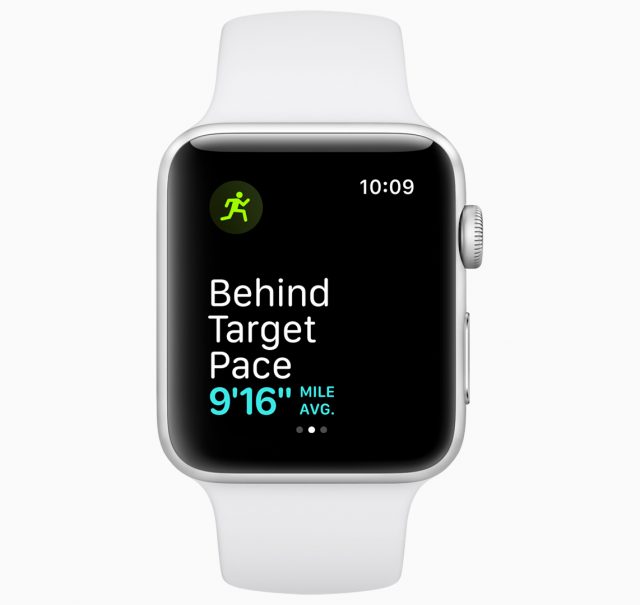 Kids love walkie-talkies. Now Apple Watch users of all ages can get in on this fun. The brand new Walkie-Talkie app is the height of simplicity—it just has a big, yellow Talk button. 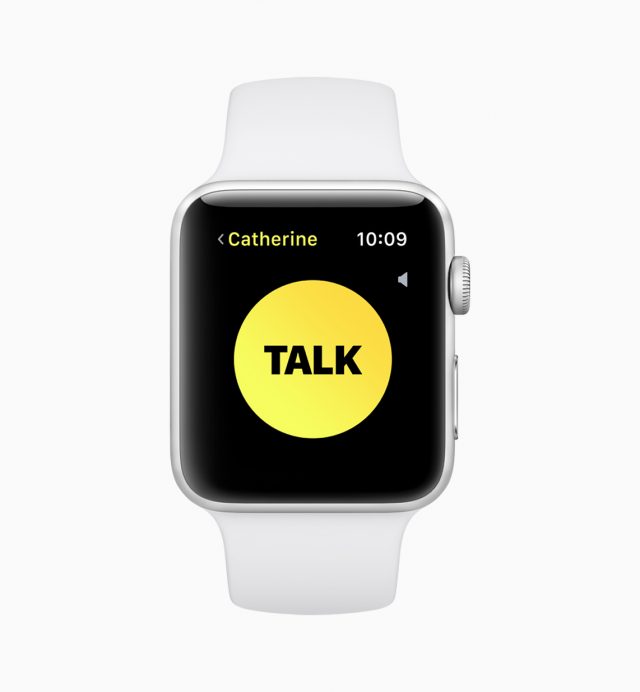 When users fire up the app, they’ll see lists of Apple Watch users with whom they often swap email, texts, or voice calls. Any user can then be invited to have a half-duplex voice conversation via taps on the Talk button. This feature works over cellular data and Wi-Fi.

Listening to podcasts directly from the Apple Watch has until now tended to be a challenge, spawning a number of third-party apps for this purpose (see “Five Apps That Play Podcasts Directly from Your Apple Watch,” 9 April 2018).

The absence of Apple’s Podcasts app for the Apple Watch seemed like a glaring omission. Now that gap has been filled. The watchOS 5 version of the Podcasts app will sync with the iOS versions, and will automatically refresh with the latest episodes of subscribed shows. Users also will be able to summon podcast content with Siri commands. 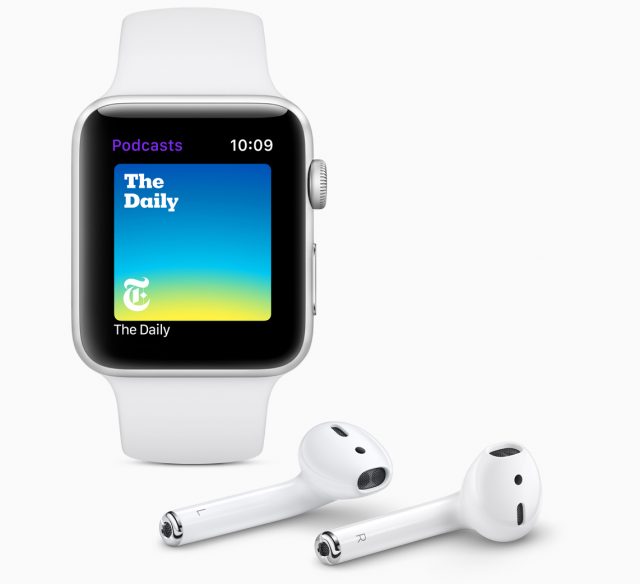 In a broader audio sense, watchOS 5 will improve how users listen to music, audiobooks, and meditation sessions. Content from apps like Pandora, Audible, and 10% Happier will sync from your iPhone to your watch for offline playback away from the phone. Third-party support for background audio playback also is on board, so look for more things like independent podcast apps for watchOS.

Info on the Go

At-a-glance alerts and other informational snippets have made the Apple Watch a popular sidekick to the iPhone. Here are some ways watchOS 5 improves upon that:

It makes sense that early-adopter, Apple-enthused college students would embrace the Apple Watch, and it better caters to their needs. 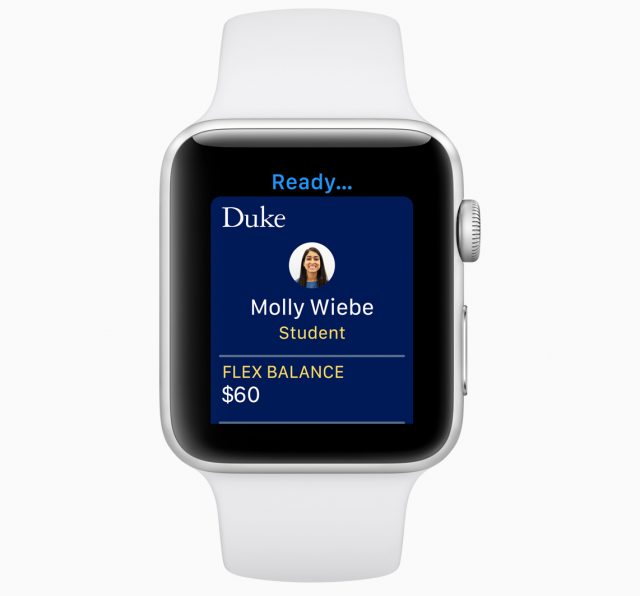 With watchOS 5, the watch can now serve as an electronic ID card (initially at only a handful of U.S. universities) for dorm access, meal or snack payments, laundry-machine sessions, and the like.

Along with the upcoming features in watchOS 5, Apple provided a couple of immediately accessible goodies for those marking LGBTQ History Month.

There’s a new rainbow-colored watch band—complementing a similar one released in 2016—and a matching watch face that should be available as of this writing. Proceeds from sales of the watch band go in part to a number of LGBTQ advocacy organizations. 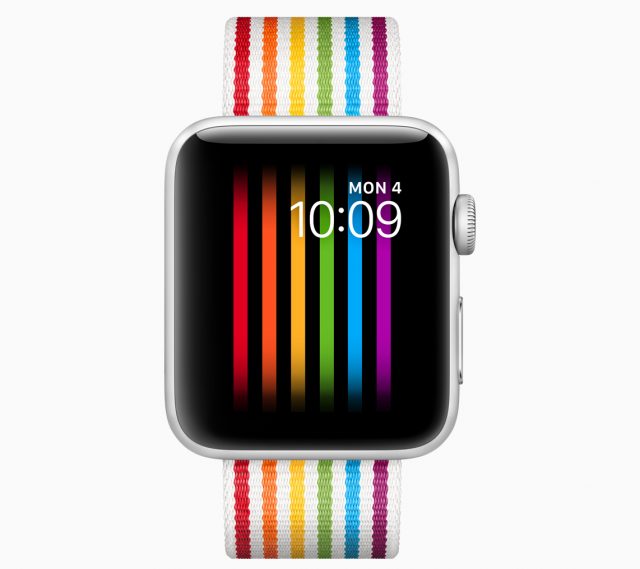