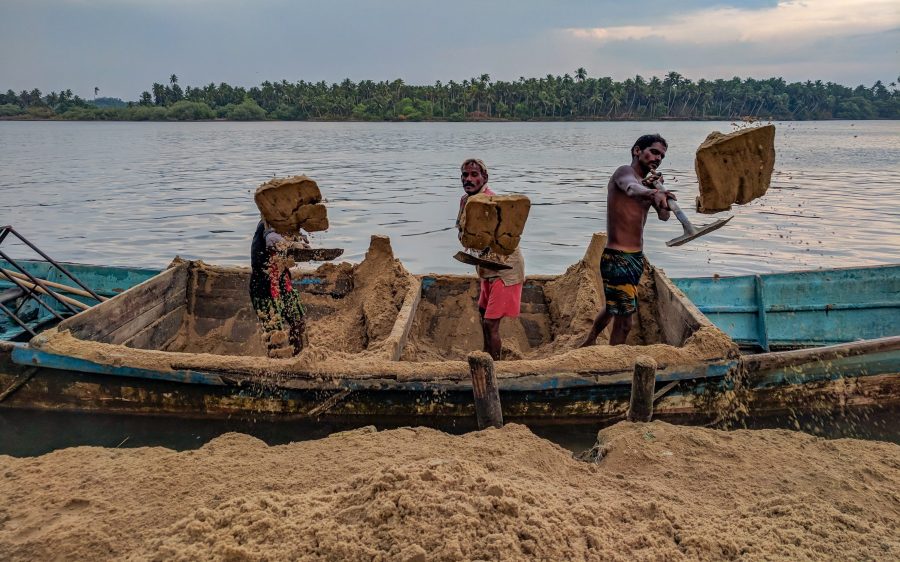 In the recent WWDC keynote, Apple highlighted how quickly many people upgraded to iOS 11 by claiming that half of the iOS user-base upgraded within 7 weeks. That sounds impressive, but as we all know, iOS is pretty pushy about updates—badging the Settings app icon and nagging you repeatedly to install the update. As part of that pushiness, if there’s sufficient free space on your device, iOS downloads its updates in the background so they’re available to install, regardless of whether you’re ready for them.

Therein lies the problem. Apple’s definition of “sufficient free space” may differ from yours, especially if you’re planning to shoot video of your kid’s soccer game and would rather use a few hundred megabytes for that instead of an update you don’t want to install yet.

Unfortunately, unlike in macOS, where you can avoid selecting the checkbox for “Download newly available updates in the background” in the App Store pane of System Preferences, iOS gives you no control over whether or not these updates are downloaded. Aside from the storage issue, that lack of control might also present a bandwidth problem for people who are charged by the bit, who need to be careful of data caps, or who have very slow Internet connections and prefer to initiate such downloads when on a faster link. We presume that such updates download only over Wi-Fi, but again, Apple provides no transparency into the process.

If you do run into this situation, where you need to recover the space being consumed by an iOS update in waiting, you can do so, at least until iOS decides to download the update again.

Next, go to Settings > General > iPhone/iPad Storage. This screen summarizes how your space is being used at the top, provides space-saving recommendations that are worth considering, and then lists each app in order of how much space it and its data take up. An iOS update might be relatively near the top if it’s a major update, such as from iOS 10 to iOS 11. Most updates within a major version are smaller, so you’ll need to scroll down in the list to find them. Tap the update, then tap Delete Update, and confirm that you want to delete it. 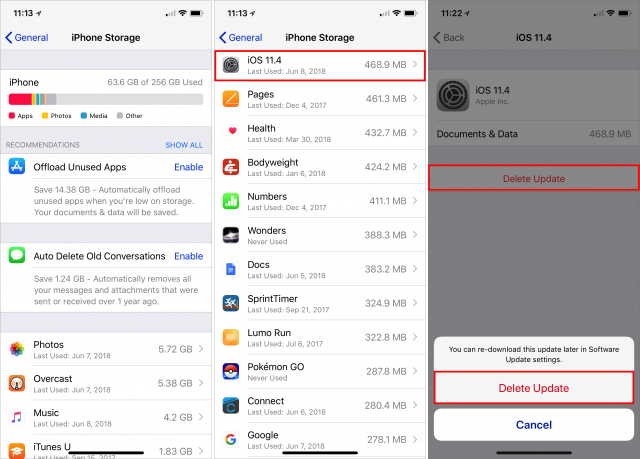 If you go back to Settings > General > Software Update, you’ll see that the link at the bottom has changed from Install Now to Download and Install. When you’re ready to install the update, tap that link to proceed.

Please don’t interpret this article as a suggestion that you should avoid installing updates. That’s a terrible idea. For stability and security reasons—not to mention getting new features—you should always install updates. But you can and should wait a few days after an update is released to make sure there aren’t any problems with it and then download at a time that works for you. The instructions above merely show you how you can manage your storage in the interim.

Comments About TipBITS: How to Recover Space from an iOS Update