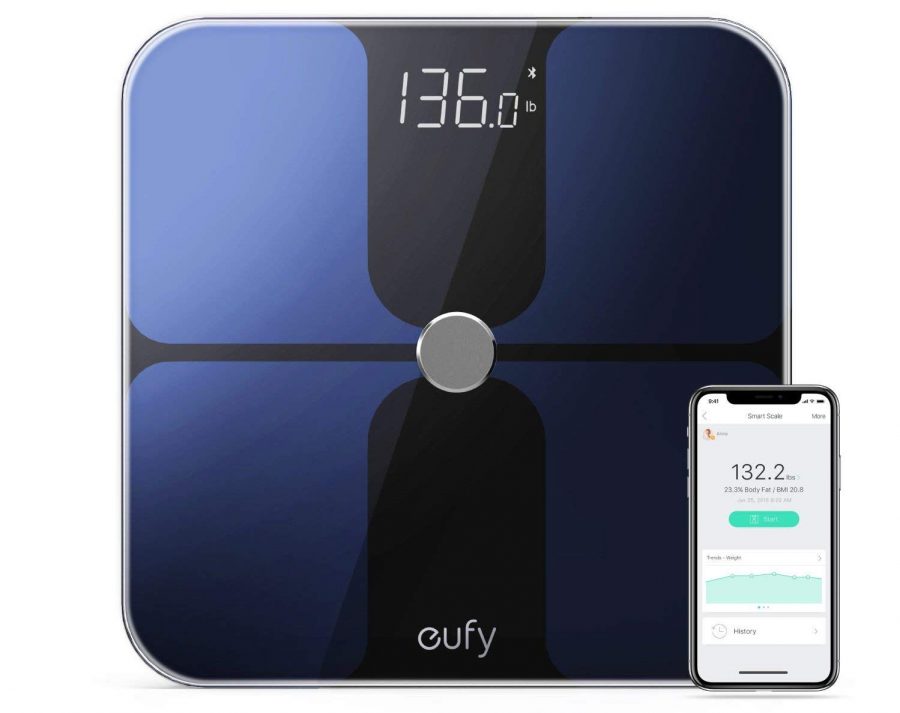 It seems like everyone has a different method of losing weight, but one thing everyone needs is a consistent, reliable way to measure progress. That includes keeping records so you can see how your weight fluctuates over time.

I used to do this with pen and paper, but digital scales automate the process and are now reasonably priced. Wirecutter’s pick for best overall bathroom scale costs $35, while their pick for the best smart scale, the Eufy BodySense Smart Scale, is only $40.

I’ve been using the Eufy BodySense for three months, and I’ve been pleased with it. I don’t have access to another calibrated scale, so I can’t vouch for its accuracy, but more important is the fact that it’s consistent. If I take my weight a few times in a row, it will give me the same reading each time, as long as I make sure it’s on a hard, flat surface and that my feet are planted firmly on it. 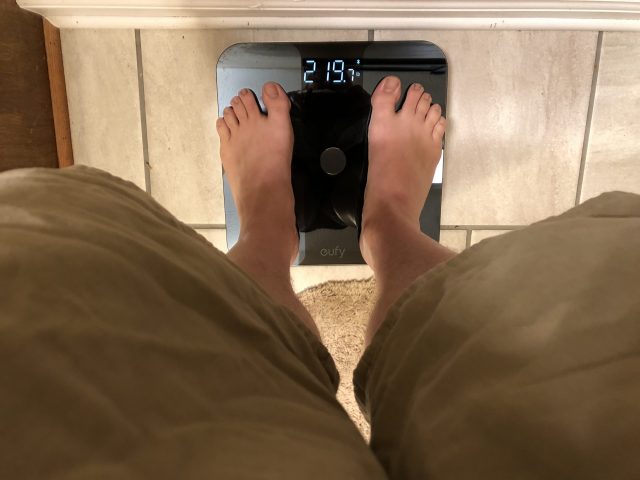 The BodySense is powered by four standard AAA batteries, which have lasted fine for three months of daily usage. The scale can measure weights from 11 to 397 pounds (5 to 180 kg). Like most smart scales, its top is glass, which looks good when clean but tends to accumulate spots.

On its own, the BodySense is a decent scale, if somewhat bare bones. The display between your toes shows only your weight. But with the accompanying EufyLife iOS app (there’s also an Android version), the BodySense can report on your body fat percentage, muscle mass, body mass index, bone density, and more. It also graphs weight, body fat, and muscle mass over time. 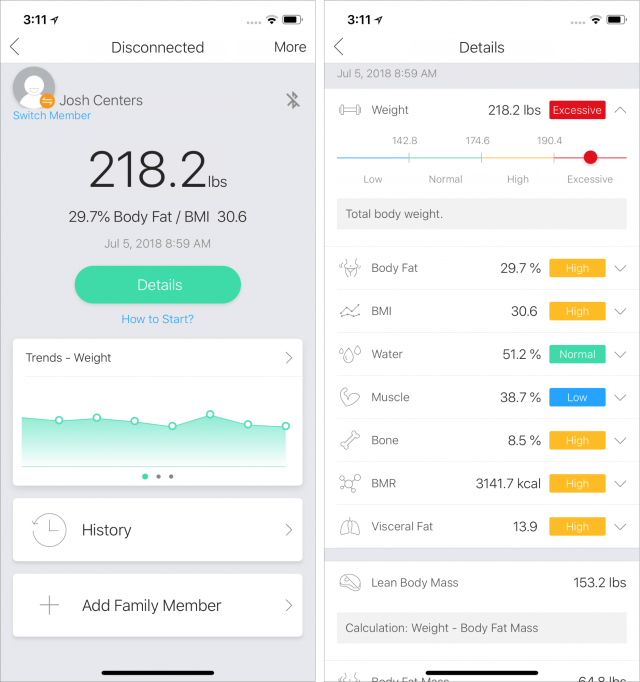 These additional measurements are taken by measuring your body’s electrical impedance, so you must weigh yourself with bare feet. Don’t get too caught up in these numbers because this technique isn’t particularly accurate. I’ve found that the measurements are typical for an impedance scale, which can only give a ballpark figure—hydration levels in particular can have a big effect on results. That’s not to say these numbers aren’t useful, but don’t kick yourself if your body fat percentage has increased by 1% from the day before. Instead, look at the longer-term trends. For example, my body fat percentage was consistently around 32% when I started dieting in April, and it’s now regularly reading around 30%, so I know I’m making some progress.

I learned that the app could work in the background when my four-year-old son stepped on the scale shortly after I stepped off, and the app picked up his weight. Thankfully, the app is smart enough to recognize that his weight is far different than mine, and it asked for verification before recording it. You can set up profiles for different family members on the same iOS device, but it makes more sense for each family member to set up an account on their own device. One drawback to this approach is that it can make syncing take longer. Since the BodySense syncs through Bluetooth, it has to disconnect from the first device before syncing with the second.

Unfortunately, the EufyLife app requires an account, and I’m not sure why. I logged into my account on a spare iPhone, but none of my information carried over. I tried logging into the EufyLife Web site and was told I had to click on a verification email that never arrived.

It might be that biometric data doesn’t get uploaded to Eufy’s servers at all, but it’s impossible to tell. Eufy’s privacy policy seems generally benign, but if you’re worried about the possibility of your weight data being used in unpleasant ways, I recommend avoiding connected scales entirely. Personally, I don’t care about this information that much, because there isn’t much that someone couldn’t guess by looking at me.

My experience with the account means that I don’t have much confidence in the service side of the BodySense. That’s why my favorite part of the EufyLife app is that it syncs with Apple’s HealthKit, so your biometrics are recorded in the Health app and synced with HealthKit-compatible apps like Cronometer, my preferred app to track calories and carbs. The Health app’s charts are more useful than EufyLife’s since they display many more data points at once. (Annoyingly, you can’t zoom in or out on the EufyLife charts.) The EufyLife app can also sync with Fitbit if you use that.

I’ve long been skeptical of smart scales, but I now see the value, at least in terms of basic record keeping. I’m still somewhat dubious of the whizz-bang features likes body fat percentage measurement. And I’d rather have a scale that doesn’t require an Internet connection at all, for privacy reasons. But for the money, the Eufy BodySense is a pretty good scale that eliminates the need to manage data separately.

Comments About Track Your Weight with the Eufy BodySense, an Affordable, HealthKit-Compatible Smart Scale