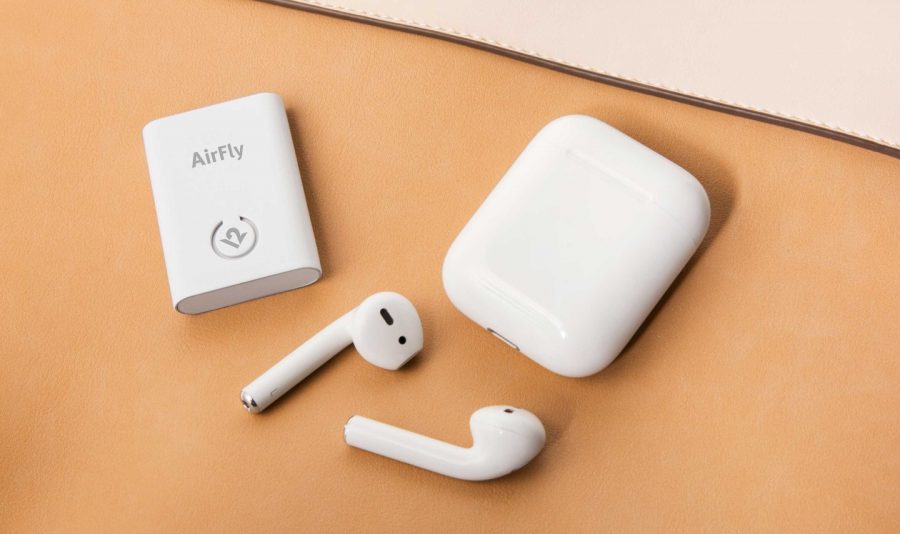 The AirPods are probably my favorite Apple product in years. They’re easy to connect to Apple devices, they hold a charge well and have good battery life in use, they sound pretty good, and the case is small enough to keep in my pocket. And because they’re built on the Bluetooth wireless standard, they work with non-Apple devices. But it’s still easy to run into a gadget—or an airplane seat!—that doesn’t support Bluetooth audio and instead has a 3.5mm headphone jack.

Twelve South has a solution to that problem in the form of the AirFly, a Bluetooth transmitter aimed squarely at users of the AirPods, though it works with any Bluetooth headphones. For $39.99 you get the base unit, a short 3.5mm cable, a short Micro-USB cable, and a small gray drawstring bag to hold it all. The AirFly measures 1.8 inches (46 mm) tall, 1.3 inches (33 mm) wide, and .39 inches (10 mm) deep, and it weighs .55 ounces (15.6 grams). In other words, it’s very much in the same size and weight category as the AirPods. 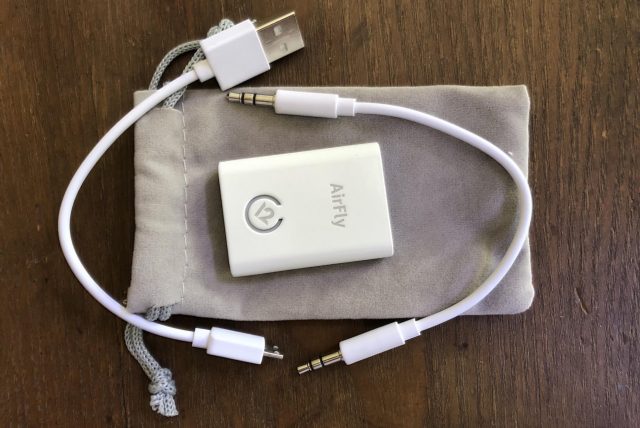 Using the AirFly is simple, as it only has one button. Press and hold the button until the light starts flashing to put it in pairing mode. Then put your AirPods in pairing mode by pressing and holding the button on the back of their case. Once the AirFly light turns solid white, you’re good to go: plug the AirFly into a 3.5mm audio outlet to transmit the audio from that device to your AirPods. After pairing, hold the button down to turn the AirFly on and off. (Twelve South has a video demonstrating how this works.)

The AirFly works as advertised. I used it with a few devices, and sound quality was good across the board. Twelve South touts 8 hours of battery life, and that seems like a fair estimate. The battery holds its charge well even in hot vehicles.

However, there are some quirks. For one, the AirFly can interfere with the AirPods’ automatic pairing, so make sure to turn it off before trying to switch the AirPods back to your iPhone or other Apple device. This is more of a pro than a con because if everything is working right, merely turning on the AirFly makes the AirPods switch to it. However, that assumes everything works correctly—I often find myself repairing the AirPods to the AirFly.

Another quirk is the design of the AirFly itself, which hangs off whatever it’s plugged into. If you’re using it with an airplane entertainment system—a primary use case—that’s not a big deal, but it’s annoying when I’m playing my Nintendo Switch and the dongle keeps bouncing off my hand. Twelve South recommends using a velcro sticker to attach the AirFly to whatever gizmo you have. But then you have a scratchy piece of velcro semi-permanently attached. 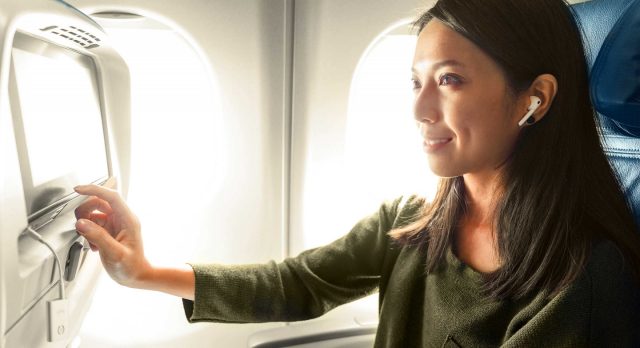 (As a side note, the most enjoyment I got from my AirFly was connecting it to my docked Nintendo Switch while my wife and son were sleeping in the same room. I was able to play Zelda with full sound and not disturb them.)

Another potentially awkward fact about the AirFly is that it features a Micro-USB port for charging, not USB-C. Given that it’s targeted at Apple users (who likely have other devices that charge with USB-C, like MacBook Pro laptops) and Nintendo Switch players (the console is mentioned on the AirFly’s home page and also charges through USB-C), you’d think that USB-C would be a more natural fit. Also, USB-C connectivity would help distinguish the AirFly from less expensive (and seemingly more capable) competitors like this 2-in-1 transmitter and receiver from TaoTronics. Given how Twelve South is usually great at making Apple-focused accessories, the genericness of the AirFly is a bit disappointing. 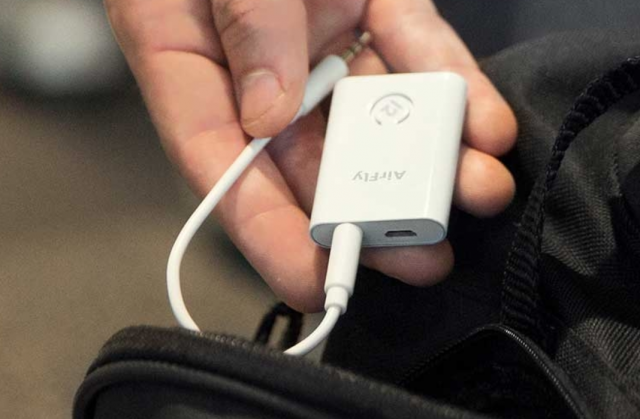 But if you’re a fan of the AirPods, stashing a device like the AirFly in your travel bag isn’t a bad idea. It’s easy to use, provides good battery life, and works well. Just like the AirPods.

Comments About Twelve South’s AirFly Helps You Use AirPods Everywhere