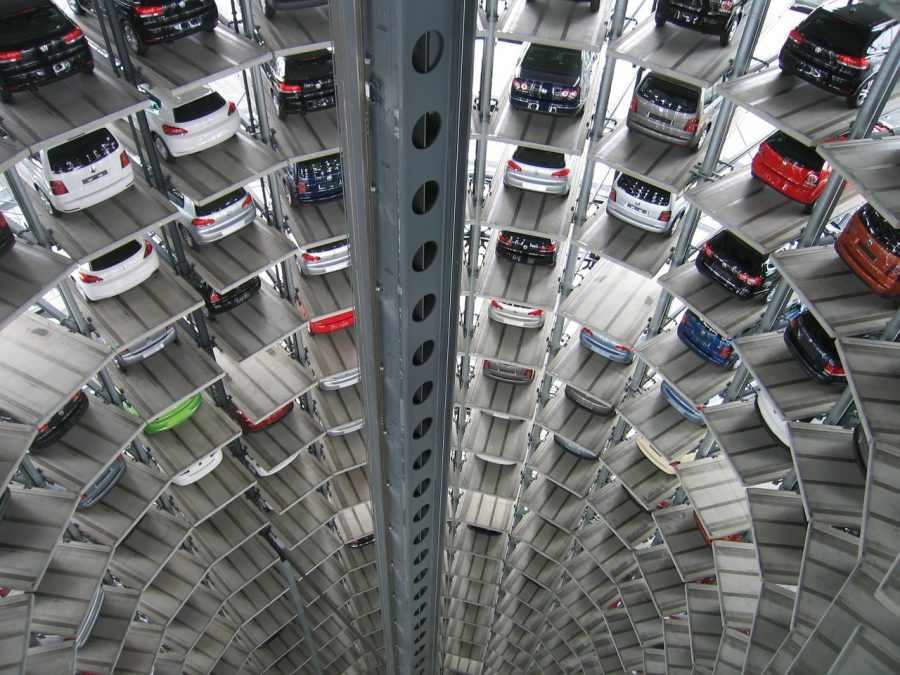 Photo by Bilderandi on Pixabay

You don’t want to buy a used car without checking out its history, which can let you know if it’s been in an accident or suffered major damage. Often, the vehicle history report can even give you important clues about how well it was maintained. I once made the mistake of forgoing a vehicle history when buying a cheap truck from a neighbor and wound up with a rebuilt rust bucket that ran for just 3000 miles before dying.

CarFax is the gold standard for vehicle history reports, and while almost every dealership will give you a copy for free, it can get expensive if you have to pay for the reports—as much as $39.99 each! (You can also buy three reports for $79.99 or five for $99.99.) That’s money well spent before making a big investment, but it’s a lot to pay if you’re just trying to weed out bad cars before you waste much time with them. Experian’s AutoCheck is significantly cheaper than CarFax at $24.99 for a single report or $49.99 for 25 reports, but Edmunds reports that CarFax is worth the extra money.

I recently replaced our SUV, and I found a few free vehicle history tools that saved me a small fortune in CarFax fees by letting me eliminate lemons before I got too far into the process. There are a lot of scammy Web sites that claim to help with car buying, but here are three that are legitimate and useful.

First, to use any of these services, you must know the car’s vehicle identification number (VIN). Unfortunately, there is no single standard for this, but in the United States, it’s a 17-digit number found on the driver-side dash near the windshield. Auto dealers should provide the VIN in the vehicle’s online listing (and offer a free CarFax or AutoCheck report as well). If a private listing doesn’t feature the VIN, ask the seller.

I’ll start with the most basic: the National Insurance Crime Bureau’s free VINCheck, which is limited to telling you if the vehicle is stolen or has a salvage title, which implies that it was in an accident so severe that it’s not worth repairing. Simply enter the VIN to receive the simple report.

A more full-featured vehicle report comes from iSeeCars, which focuses on pricing information—enter the VIN, and it’ll figure out the make, model, and year. At the top of the report, it shows the estimated market value of the car and how long vehicles like it take to sell. Scroll down to see comparisons with similar vehicles for sale, depreciation, and even the best times to buy. 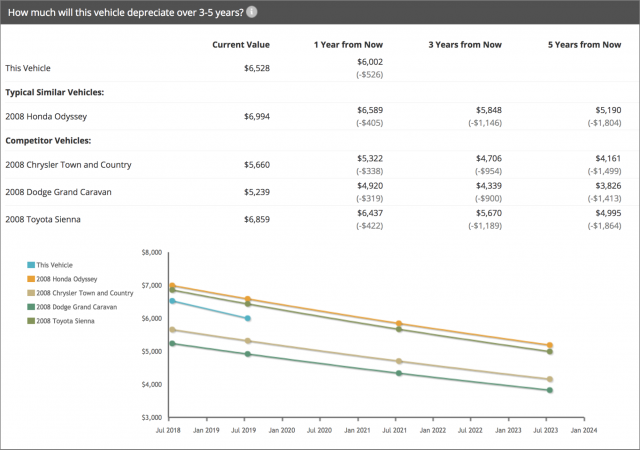 My favorite of these free services is Vehicle History because it’s the most like CarFax and AutoCheck. You have to click through a few screens before receiving results, but the results are quite detailed. For instance, Vehicle History was able to tell me that a minivan I was looking at had been in a minor accident. I didn’t end up buying that minivan, but the report helped me lower the price (not enough, though). 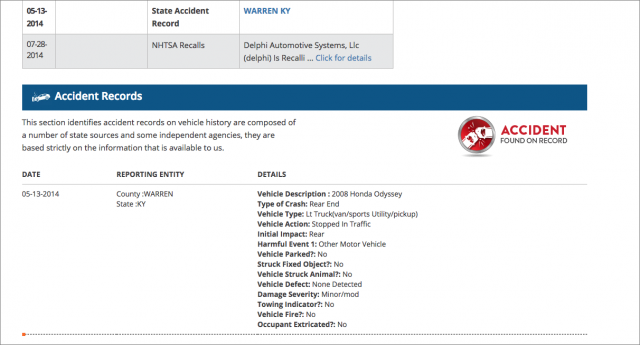 How to Shop for Used Cars Online

If you or someone you know needs to buy a used car, here’s my suggested workflow for sorting them out online:

When to pay for a CarFax report is a tricky question. If the car is being sold by a dealer that offers a free CarFax or AutoCheck report on their Web site, I’ll look at that at the same time as the others. Private sellers often don’t offer such amenities, so you have to choose whether to pay for a report before or after you take a test drive. I prefer to hold off until after, because I want time to mull it over anyway, and I often find deal-breakers when I inspect a car in person that no amount of Internet research could reveal, like damaged upholstery, bad smells, and rust.

Doing this, I found that one report can often reveal something not shown in others, so it’s worth checking all of them before you take the plunge.

What to Look For in Vehicle History Reports

I’m not a mechanic, nor do I play one on TV, and there are no hard and fast rules here, but here are a few things I always look for in these reports:

Tred suggests a few more things to look for, but you shouldn’t be overly reliant on any vehicle history report, since they don’t reveal all the problems that an experienced mechanic can spot.

Finishing Your Research in the Real World

After checking the vehicle’s history, you’re ready for a test drive and, ideally, some mechanical advice. Automotive Web sites will always tell you to pay for a mechanic’s inspection. That’s good advice, but not always possible, especially if you found a particularly good deal that people will be fighting over. I used to write for an automotive Web site and would advise people to walk away from such high-pressure situations, but if I’d followed my own advice, I wouldn’t have been able to buy our most recent car.

Regardless, one of the smartest moves you can make is developing a good relationship with a mechanic in advance so you can get their advice or have them inspect the car before purchase. I’m lucky enough to know three, and when we were looking at the car we finally bought, they all told me to go buy it before someone else snapped it up. That turned out to be good advice because by the time we got to the dealership another family was trying to buy the car out from under us.

Finally, the most important step is test-driving the car. I could talk a lot more about that, and many already have, so I’ll leave it to them (Scotty Kilmer is always fun to watch). I’ll say this much: you want to test every feature of the car, drive it at highway speed, check under the car before and after for leaks (understand that the air conditioner drains water under the car—that probably isn’t a leak), and check for major rust. You don’t usually have to be a trained mechanic to tell if a car is a lemon.

But keep in mind that every used car comes with a set of trade-offs, and you need to be honest with yourself about what you’re willing to put up with. And never forget that entropy is real. There will always be some existing problems—our car needed new dome lights, a cabin filter, floor mats, and some headrests—but there are almost always more expenditures around the corner.

Thanks to this process, we skipped a lot of potential headaches and wound up with a reasonably priced Honda Pilot with a single owner and a thorough service history. I quickly fixed all the minor problems, and we’ve had several thousand trouble-free miles since.