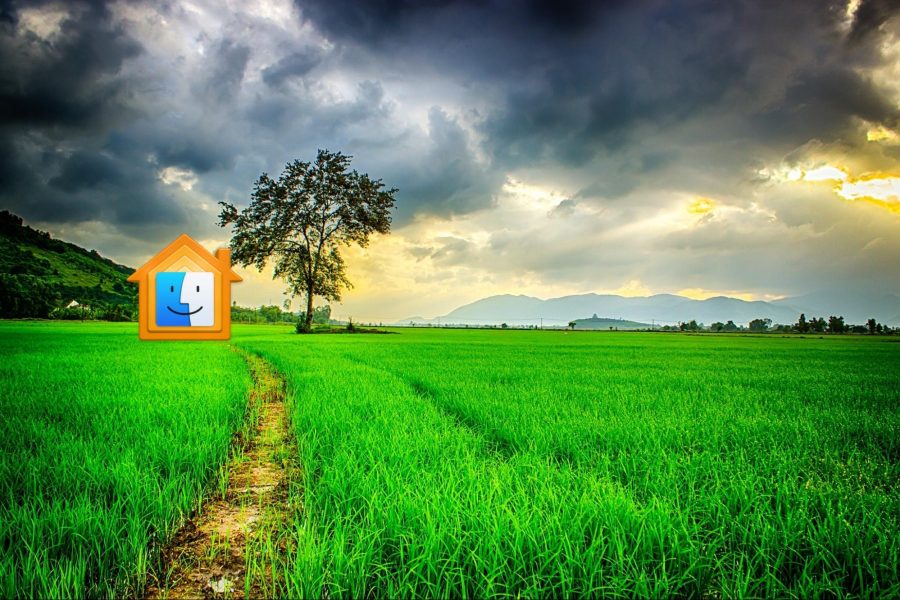 Back to My Mac won’t be part of macOS 10.14 Mojave. On 9 August 2018, Apple announced that fact in a support note and offered limited and incomplete alternatives. The technology, which enabled screen and file sharing between two Macs even when they weren’t on the same network, first appeared in 2007 in Mac OS X 10.5 Leopard.

Back to My Mac provided a way to connect one Mac to another over the Internet without any special network setup or router configuration. It let you, when traveling, connect back to a Mac on your local area network (LAN) just as though you were on the same LAN. Every Mac logged into the same iCloud account appeared in the Finder sidebar under Shared. Apple later added remote configuration of AirPort base stations to Back to My Mac through AirPort Utility.

Back to My Mac first used .Mac, then MobileMe, and finally iCloud as a central coordination point to set up an encrypted tunnel between two Macs, sort of like a very private VPN (virtual private network). Generally, it supported only file and screen sharing, and those services had to be enabled on the shared Mac. With some tinkering, you could sometimes get other types of connections to work, too, like FTP and SSH.

I found Back to My Mac such an exciting proposition back then—and so complicated to get working just right with different routers and network setups—that I wrote a nearly 100-page book for the Take Control series just about Back to My Mac. (And a separate one about screen sharing!)

Back to My Mac worked reliably only in certain networking configurations. It couldn’t punch through a “Double NAT,” a situation in which you have two layers of network devices assigning local IP addresses (see “Punching a Hole for Back to My Mac,” 17 November 2007). This can happen if you have an ISP-provided broadband modem that offers some networking capabilities, and you also want to attach your own Wi-Fi gateway with your own settings. Other remote-access software can overcome that difficulty.

The need for Back to My Mac is no longer as great as it was when Apple introduced it. Before Back to My Mac, you had to know how to obtain and configure server and client remote control software, which may have used the industry standard VNC, for remote access. (Apple’s Screen Sharing service is a modified version of VNC, in fact, and supports standard VNC for backward, but highly insecure, compatibility.)

Nowadays, you have a number of options for specific forms of remote access, many of which work across multiple desktop platforms. However, most are quite expensive or require a monthly subscription.

Alternatives to Back to My Mac

First, some good news: the loss of Back to My Mac doesn’t affect macOS’s built-in screen sharing, which you can still use over your LAN or invoke via Messages.

If you need remote screen and file access only for personal or non-commercial purposes, the cross-platform TeamViewer is the best option (there are many others). It’s provided on an honor-system basis at no cost for those who aren’t using it for work. Otherwise, it starts at $588 per year for a single user to access any number of computers, with only one session active at a time.

The Sweet Setup recommends Edovia’s Screens (Mac, $30 or part of the Setapp $9.99 per month subscription service; iOS, $20) for remotely accessing a Mac and other platforms. (That article also recommends a number of other alternatives worth examining.)

Apple offers Apple Remote Desktop ($80), but its reviews are quite poor, and the company doesn’t seem to have kept up with the level of development required to make it shine and be reliable in the latest versions of macOS. It’s possible dumping Back to My Mac from macOS could spur improvement, but I don’t recommend Apple Remote Desktop for most people.

For remote file access, nearly everyone I know has switched to a cloud-based service like Box, Dropbox, Google Drive, iCloud Drive, or Microsoft OneDrive. Such a service provides access to files on linked desktops, through mobile software, and via a Web browser.

People who still need a Mac-to-Mac secure tunnel will have to look into more complicated solutions, like installing VPN server software on their Mac. That used to be an option with macOS Server, but Apple is removing the VPN server in future versions (see “Apple to Deprecate Many macOS Server Services,” 26 January 2018).

I felt a pang of regret when I read that Apple was putting an end to Back to My Mac, thinking of the utility it brought its users over the years. But—perhaps due to relatively low uptake by everyday Mac users—the company let it languish and never built it into a robust, consistent, and modern part of macOS. It’s a reasonable time to let it go.

We’re running a two-question survey to see what TidBITS readers think of Back to My Mac and what they have used it for.

Comments About Apple Abandoning Back to My Mac in Mojave