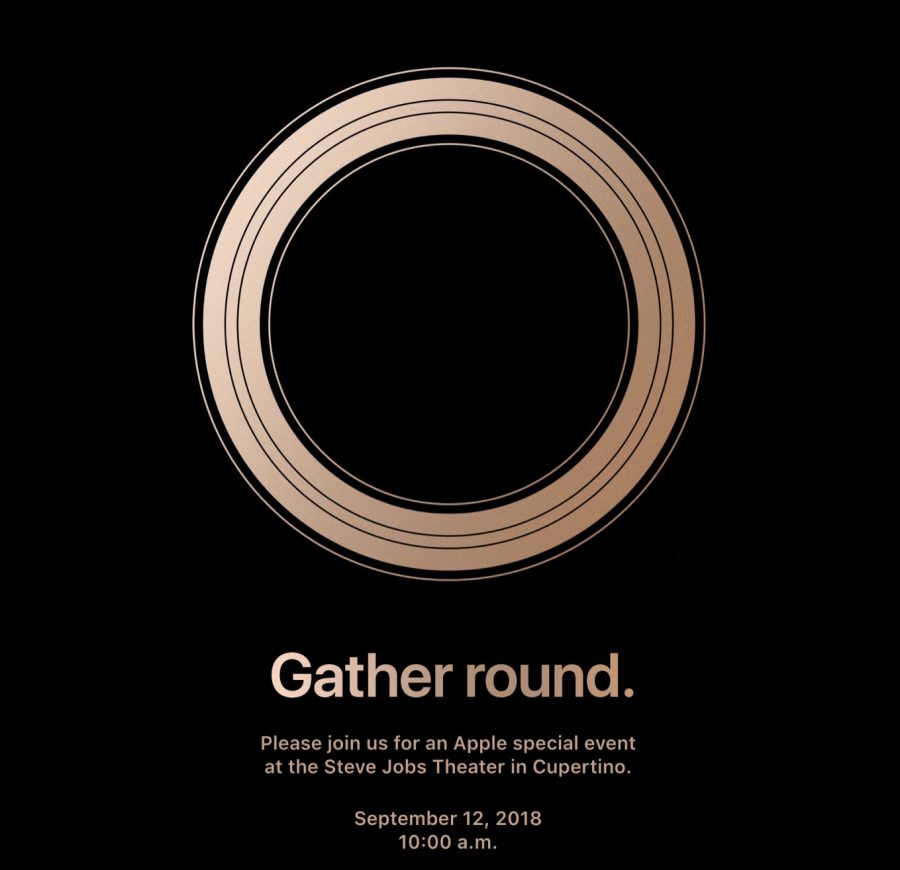 As expected by just about everyone, Apple has announced a special event for 10 AM PDT on 12 September 2018 at the Steve Jobs Theater in Cupertino. Apple will likely webcast the event, as it has done for most recent product announcements, and if so, you’ll be able to watch on the Web at the Apple Events page or through the Apple Events app on Apple TV. If not, there will undoubtedly be numerous live blogs from the likes of our friend Jason Snell of Six Colors.

It’s a safe bet that Apple will use the event to introduce the latest crop of iPhones, some of which 9to5Mac claims will be called the “iPhone XS.” Particularly if these new models end up coming in a gold color, it’s going to be impossible not to read that as “iPhone Excess,” although Apple will undoubtedly say “iPhone Ten Ess.”

9to5Mac also suggests that Apple will release the Apple Watch Series 4 with an edge-to-edge display that can show more information than the current screens.

Apple will almost certainly announce a release date for iOS 12, likely within a few days of the announcement, and watchOS 5 will undoubtedly come out at the same time. tvOS 12 could be released simultaneously as well. macOS updates often ship a few weeks after the iPhone announcement, so macOS 10.14 Mojave might come a little later.

Although rumors have been swirling about a MacBook Air replacement and a long-awaited refresh to the Mac mini, Apple traditionally separates its iPhone and Mac announcements. Any new Macs waiting in the wings will likely appear later in the year.

We’ll be chatting with TidBITS readers during the keynote in our SlackBITS group. To join the group, go to slackbits.herokuapp.com, enter your email address, and agree to the code of conduct. You’ll receive a Slack invitation in email right away.