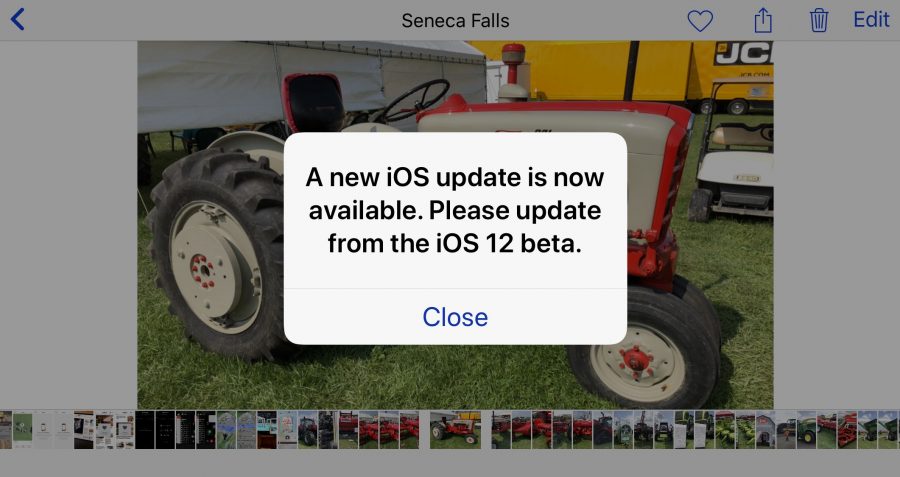 [Update: As expected, Apple has fixed this problem by releasing new versions of both the public beta and the developer beta. If you’re suffering from this problem with the iOS 12 beta, go to Settings > General > Software Update and install the new version to eliminate these prompts. –Adam]

In the last day or so, people running the beta of iOS 12 have started seeing dialogs saying that a new iOS update is available and telling the user to update from the iOS 12 beta. Unfortunately, the prompts are spurious; they appear even if the user is running the latest iOS 12 beta. No update shows up in Settings > General > Software Update, and deleting and reinstalling the beta profile from Apple’s developer site has no effect.

Don’t interpret this as complaining—this is beta software and those of us who have installed it knew what we were getting into. However, it is annoying to have to dismiss this dialog on every unlock of the device. There’s an easy workaround to make the prompts disappear.

It seems that the prompts are related to the date, so if you go to Settings > General > Date & Time, turn off Set Automatically, and then change the date (not the time) to a week ago, the prompts won’t come back the next time you unlock your device. 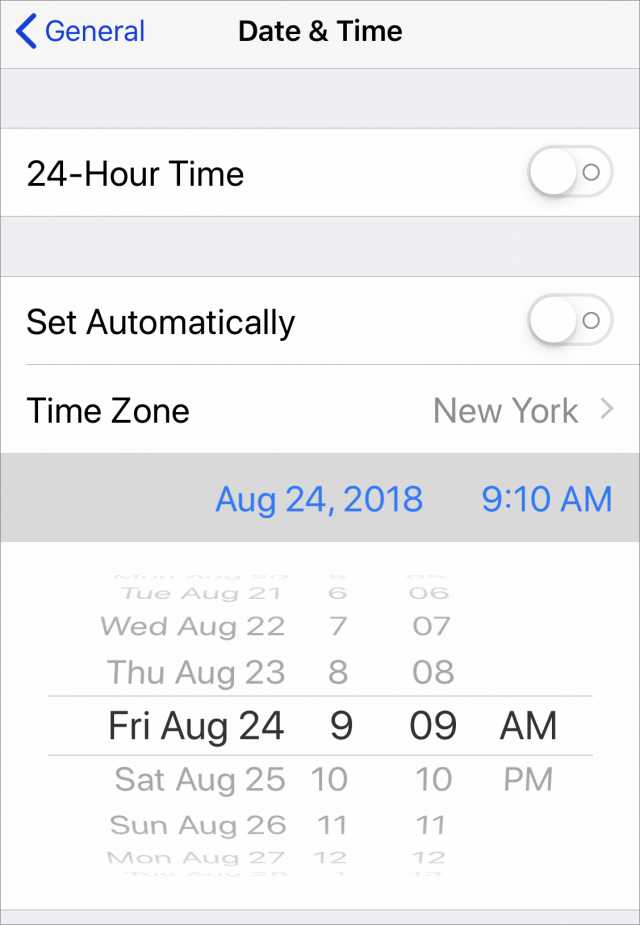 Changing the date will have some undesirable consequences, such as newly taken photos appearing further up in Photos than you might expect. If any of the consequences are problematic, return to the Date & Time screen and enable Set Automatically again.

Apple will likely fix this problem in the very near future, and if nothing else, I anticipate the release version of iOS 12 will become available sometime shortly after Apple’s September 12th special event.

Comments About How to Prevent Incessant iOS 12 Beta Prompts