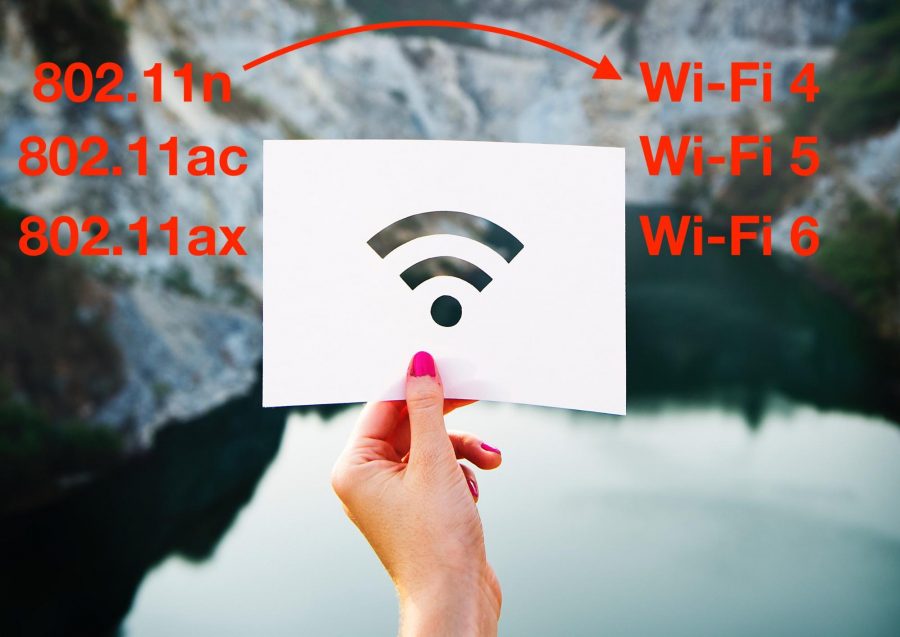 Forget 802.11ax. Say hello to Wi-Fi 6. The Wi-Fi Alliance announced that it will add generation numbers to its trademarked Wi-Fi name, which indicates a device meets its compatibility tests, rather than relying on obscure protocol names set by a standards group.

In the new scheme, Wi-Fi’s numbering starts at what the Wi-Fi Alliance has decided is the 4th generation:

This change is purely cosmetic, as it doesn’t affect the certification process or the industry standards group’s work.

The Wi-Fi Alliance wants operating system interfaces to modify their signal strength indicators to incorporate generational numbering that shows the active connection type. That sounds like a graphical headache, and I expect every operating system maker will take a different approach. Or they may just ignore the suggestion altogether, as it’s not mandatory.

A Protocol by Any Other Name Would Run as Fast

The reason for switching to numbers stems from a desire for an easier way to talk about Wi-Fi across versions. I’ve been writing about Wi-Fi since 2000, and it has always been a pain to explain what the letters and numbers mean because most people don’t really need—or want—to know anything but “this works with that at the highest speed of X Mbps.”

IEEE, an international standard organization, sets naming schemes by major and minor group, and then uses letters and other markers for standards within each group. The 802 LAN/MAN Standards Committee handles all “metropolitan” (large-scale) and local area network standards. Inside of that, the 802.11 Working Group creates task groups that develop lettered standards, like 802.11b and 802.11ac.

In the early days of 802.11a and 802.11b (both approved in 1999), the standards included a combination of wireless encoding (how to turn bits into radio waves), security, and network interactions. That was too much for a single task group and quickly became infeasible. (Task groups are made up of academics, researchers, and competing commercial interests, so the fewer things they have to agree on to move a standard forward, the better.)

The working group divided different kinds of work into separate lettered standards, like 802.11e for quality of service (prioritizing different kinds of data, so video isn’t choppy and voice calls are crisp), 802.11i for advanced security (to move away from the weak WEP standard found in 802.11b), and 802.11r (improving handoffs for devices as they move among base stations in a large network).

Meanwhile, the Wi-Fi Alliance mostly focused on the standards that related to improvements in bandwidth and throughput: 802.11g, 802.11n, 802.11ac, and 802.11ax. Occasionally, the trade group would add another term, like WMM for QoS (802.11e), which further muddied the waters.

Some manufacturers also added their own spin, with marketing terms like Wireless-N plastered on boxes. But consumers generally had to look for standard names on the packaging or in the interface to determine a product’s capabilities, so a Wi-Fi router might support <deep breath> 802.11a, b, e, g, h, i, j, n, y, and ac.

The Wi-Fi Alliance’s new numbering system focuses on generations of speed improvements but looks back only to 802.11n, which is a decade old. Given that 802.11a and 802.11b were approved at the same time, implicitly calling them Wi-Fi 1 and Wi-Fi 2, and extending Wi-Fi 3 to 802.11g, isn’t quite right. But we anticipate people will do it anyway.

Simplifying device compatibility through better naming seems like a clever idea that’s long overdue, and one that should help people who have no interest in technical standards arcana. The next time someone asks me what Wi-Fi router they should buy, I look forward to saying, “Wi-Fi 6. Look for it on the box.”

And now, if you’ll excuse me, I have to go run some search-and-replace passes in my book Take Control of Wi-Fi Networking and Security so the next update can account for these new names.