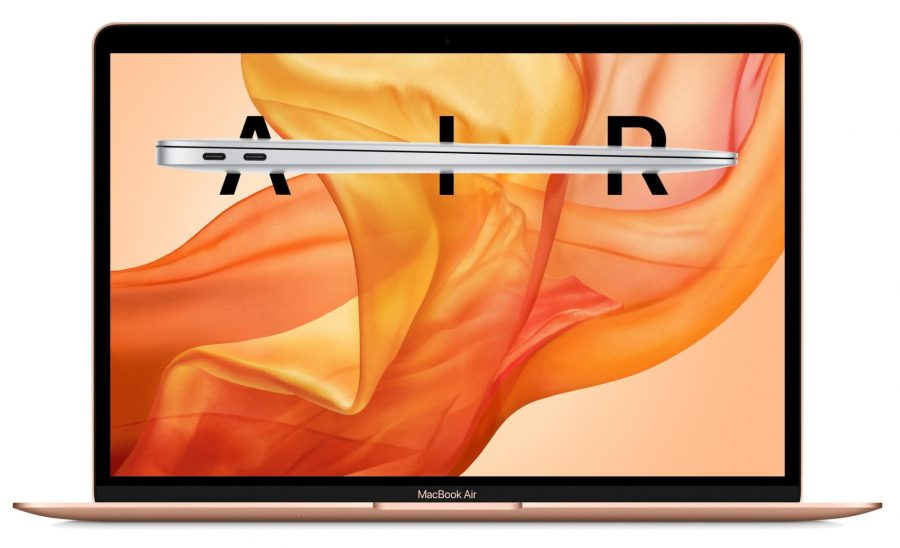 At the company’s scheduled special event at the Brooklyn Academy of Music, Apple executives and attendees alike were unusually energetic and enthusiastic. That may have been due in part to quantities of jet-lag-busting caffeine for those flying in from the West Coast, or the presence of lots of Apple retail employees in the hall, but we’d like to think it was more due to the excitement surrounding the update to the MacBook Air.

With all due respect to the MacBook Pro, Tim Cook called the MacBook Air “the most beloved notebook ever” and invoked the memory of Steve Jobs pulling the original MacBook Air out of an envelope. Fans of the model, including many of us here at TidBITS, have waited a long time for an update—the previous version of the 13-inch MacBook Air remained untouched since June 2017 with the release before that coming in March 2015.

Put simply, Apple delivered a revamped 13-inch MacBook Air that answered nearly every concern about the previous models. It’s a compelling upgrade except for how it fits into Apple’s increasingly large and muddled laptop lineup, where its $1199 starting price puts it between the previous MacBook Air, which remains for sale at $999, and the aging 12-inch MacBook and the non-Touch Bar MacBook Pro at $1299. (Apple discontinued the 11-inch MacBook Air almost exactly 2 years ago on 28 October 2016 and did not resurrect it.)

The most significant change to the new MacBook Air’s specs is the inclusion of a 13.3-inch Retina display. Previously, the display maxed out at a resolution of 1440 by 900; now it boasts a native resolution of 2560 by 1600 at 227 pixels per inch. 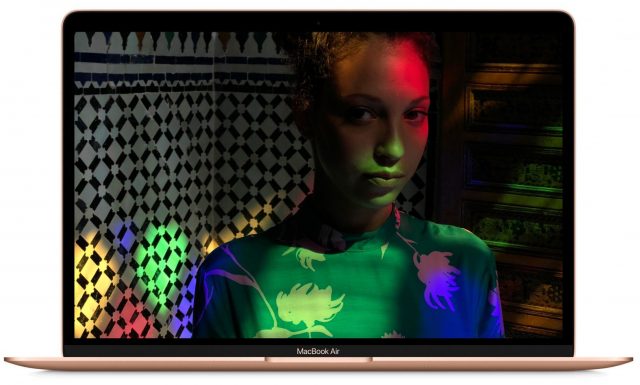 Specs don’t do Retina displays justice, however, and speaking as someone who has used a non-Retina MacBook Air for many years, I think this change alone will make the new MacBook Air significantly more competitive with Apple’s other laptops.

In its press release, Apple talks about performance only generally, saying “delivering the performance you need for everyday activities like organizing your photos, browsing the Web, creating presentations or viewing and editing videos.” Reading between the lines, that says to me that the new MacBook Air isn’t notably faster than the previous model when it comes to pure processing power. Check out the comments for benchmark discussions.

In terms of graphics processing, Apple moves from the previous model’s integrated Intel HD Graphics 6000 to Intel UHD Graphics 617. The company said nothing about how that might affect performance, so again, I suspect it’s not significantly better. If you want faster graphics, you can connect an eGPU (external GPU) via Thunderbolt 3. I can’t see anyone bothering to do that with a MacBook Air; if you care deeply about faster graphics, get a 15-inch MacBook Pro, which comes with a Radeon Pro and can soon be configured with a Radeon Pro Vega for even more performance.

There’s no Touch Bar in the new MacBook Air—it seems that Apple isn’t really serious about it as an alternative control device for the Mac in general. However, the new MacBook Air does feature a Touch ID sensor in the upper-right corner of the keyboard. That will improve security and ease working with Touch ID-capable software like 1Password.

To make Touch ID possible, the MacBook Air includes Apple’s T2 security chip with a Secure Enclave. Although the T2 could in the future prevent repair by shops that aren’t authorized by Apple, it offers some very real improvements right away. It ensures that software loaded during the boot process hasn’t been tampered with, encrypts all data stored on the SSD, and enables “Hey Siri.”

Although Touch ID is extremely welcome, it’s interesting that Apple chose not to jump to Face ID as it did for the new iPad Pro, which has roughly the same physical limitations. We suspect that Face ID may be more expensive or that there may be engineering challenges with integrating it into macOS, but it’s hard to imagine Apple won’t go there in the future.

The main change that gave us pause is Apple’s reliance on the third generation of its butterfly-switch keyboard, which has proved controversial in the MacBook Pro due to short key travel and key failures. If keyboard feel is all-important to you, you’ll want to give this one a try in person before buying.

The company made a big deal about how each key is backlit with its own low-power LED for more accurate illumination, but I have to say, accuracy in key backlight levels doesn’t even appear on my priority list.

Apple’s switch to the new Force Touch trackpad is largely uncontroversial. We’ve heard hardly any complaints about it, and those were mostly about it being too big. It’s 20% larger than the Multi-Touch trackpad in the previous model and provides additional capabilities.

Although the new MacBook Air suffers from the same annoying dongle requirements as the MacBook Pro, the audience for this Mac is less likely to be stressed about it. However, if you want to connect an external display and a hard drive for backup while still charging, you’re going to need a special cable or Thunderbolt 3 dock.

The only other port is the 3.5mm audio jack, which moves to the right side. However, you might not have to pop in those earbuds since the new MacBook Air features redesigned stereo speakers that are 25% louder and have twice the bass. It also has three microphones, up from two in the previous model, and retains the 720p FaceTime camera.

Gone is the aluminum bezel around the screen—the new MacBook Air has a much thinner black bezel. Apple took advantage of that change to reduce the size of the MacBook Air significantly, boasting that it’s 10% thinner, has 17% less volume, and at 2.75 pounds (1.25 kg) is about 7% lighter. So it’s quite a bit smaller and lighter than the previous model, which is welcome. The industrial design, which is thicker at the hinge and tapers to the front edge, remains the same, although it’s a touch thinner in the back and thicker in the front.

Apple spent quite a bit of time in the presentation talking about how the aluminum case in the MacBook Air is now made entirely of 100% recycled aluminum. That’s a good thing.

The new MacBook Air starts at $1199 for a configuration that includes 128 GB of storage and 8 GB of RAM as the only build-to-order options. However, you can choose from space gray, gold, and silver, which, happily, don’t affect the price at all.

You can place an order now for delivery starting on 7 November 2018.

The MacBook Lineup Gets More Confusing

During the presentation, everyone in our SlackBITS channel was extremely positive about the changes Apple brought to the MacBook Air, and in general, I agree. However, as I was writing this article and comparing the new model against other machines in Apple’s laptop lineup, I’m a bit more conflicted. It’s not the specs; it’s that $1199 price.

That’s because the non-Touch Bar MacBook Pro costs only $100 more and bests the new MacBook Air in nearly every way other than Touch ID, a 1.5 TB SSD option, and 120 grams of weight. That MacBook Pro offers significantly better performance thanks to its 2.3 GHz dual-core Intel Core i5 or 2.5 GHz dual-core Intel Core i7. Also, its Retina display can display more colors and at 500 nits is brighter than the MacBook Air’s 300-nit screen.

For $200 less, you can still buy the older model of the MacBook Air, which has all the old ports but is larger and heavier, and lacks the new model’s Retina display and Touch ID. Even more oddly, Apple has retained the 12-inch MacBook, an overpriced, underpowered machine hobbled by a single USB-C port. At $1299, it’s more expensive than the MacBook Air, and the only reasons to buy it remain its diminutive size and weight.

If you look at Apple’s Mac model comparison page, you can see that the company is now selling six laptops in five form factors, and it’s now even harder to decide among them. We could see that as an embarrassment of riches, or we could just wish that Apple would better differentiate its models by price, size, and performance.