Apple has updated iOS, macOS, and tvOS to fix some usability quirks and address bugs. As always, it’s a good idea to wait a few days before updating to make sure there aren’t any major issues. 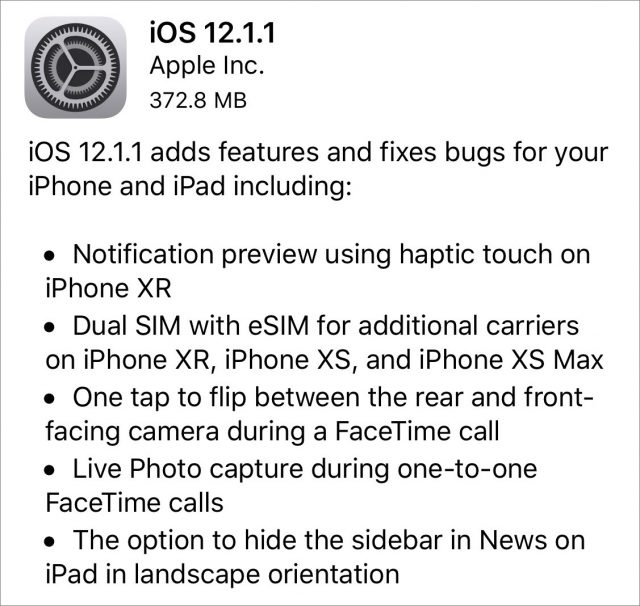 iPhone XR users will be pleased to know that iOS 12.1.1 lets you use haptic touch to preview notifications. We can’t help but wonder if increased support for haptic touch bodes ill for the future of 3D Touch.

The iOS 12.1.1 update also expands carrier support for the dual SIM feature of the iPhone XS and XR, though Apple doesn’t specify which carriers now support it.

The macOS 10.14.2 Mojave update brings real-time text support for Wi-Fi calling, adds a menu item to News for opening a story in Safari (File > Open in Safari), and resolves a bug that prevented iTunes from playing media to third-party AirPlay speakers. It also includes 12 security fixes. 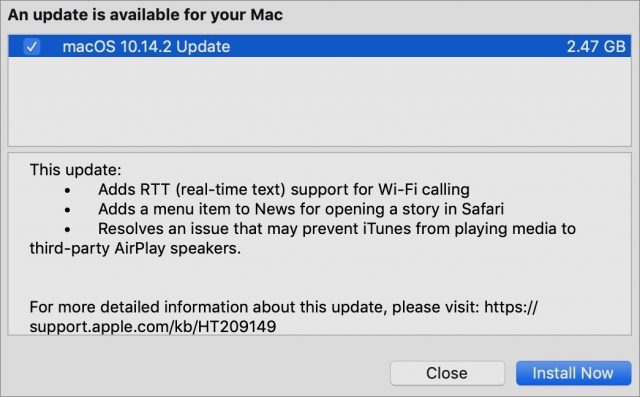 You can install the 2.47 GB update in the new Software Update pane of System Preferences.

The tvOS 12.1.1 update includes “general performance and stability improvements.” Did you expect something else? Well, there are also 11 security fixes. If automatic updates aren’t on, you can update your fourth-generation Apple TV or Apple TV 4K by going to Settings > System > Software Updates.