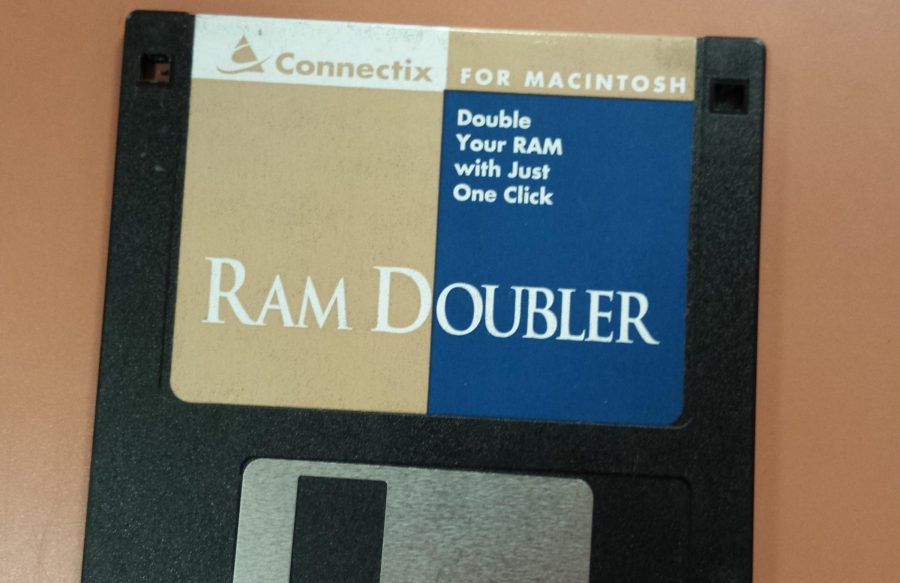 It’s easy to forget where we’ve come from, for better and worse. To help us remember both the good and the bad, and to elicit stories from long-time Mac users, we’re going to look back into our extensive archive occasionally and pull out some of the most interesting articles to jog your neurons.

First up—check out this piece I wrote a quarter century ago from Macworld Expo San Francisco: “RAM Doubler” (10 January 1994). Developed by Connectix, RAM Doubler was one of the most magical utilities of the early days of the Macintosh. As its name suggested, RAM Doubler promised to double the amount of usable RAM in your Mac, and amazingly, it generally delivered.

In comparison, an 8 GB—that’s gigabyte, not megabyte—RAM upgrade for my 27-inch Retina iMac today would cost about $50. For a visual sense of how much RAM prices have dropped, check out the graph below, where you can also see that the mid-1990s were a particularly bad time for RAM prices.

In that old article, I was fascinated to read my explanation of how RAM Doubler worked its magic, first reclaiming memory that apps had reserved, then compressing memory, and finally falling back on virtual memory. While doing some research into how macOS manages memory today in an effort to explain Activity Monitor’s Memory Pressure graph, I was amused to discover that RAM Doubler’s techniques are still in use. According to this Lifewire article by Tom Nelson, memory compression fell out of favor due to the necessary computation reducing overall performance, but once Macs started to have multi-core processors, memory compression made a comeback, and Apple brought it to the Mac starting with OS X 10.9 Mavericks.

Did you wait in line to buy RAM Doubler at that 1994 Macworld Expo? Do you remember how much of a difference RAM Doubler made to you? Share your stories about Mac memory and RAM Doubler in the comments.

Comments About 25 Years Ago in TidBITS: RAM Doubler Debuts