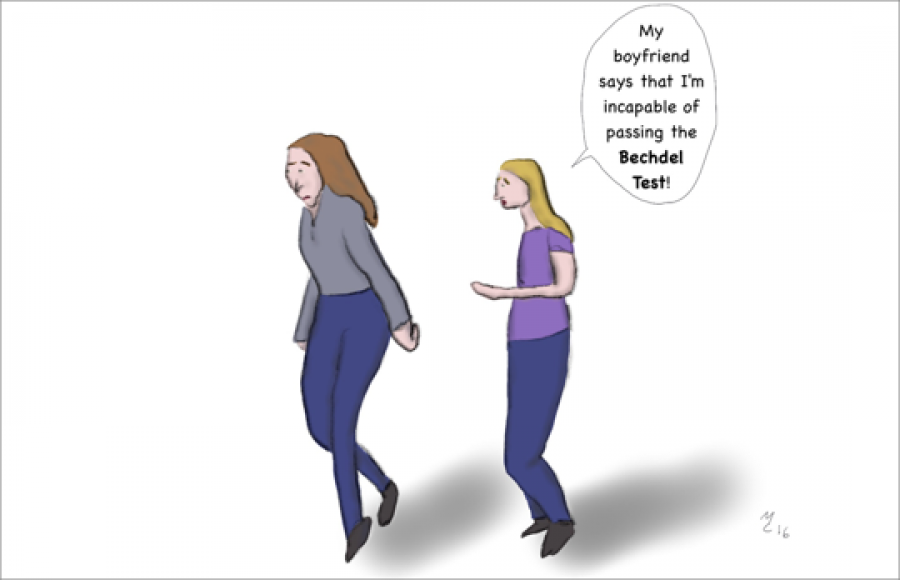 Did you know that, among the 100 top-grossing films in the United States in 2017, only 24% featured female protagonists, just 37% had female major characters, and only 32 of the 100 films featured 10 or more female characters with speaking parts (compared to the 79 that contained speaking parts for at least 10 male characters). When it comes to cinematic characters, the default setting is “male.”

Nor are many of the roles available for female actors particularly deep or challenging, a state of affairs so commonly recognized that the phrase “fails the Bechdel Test” has become a shorthand cliché for a movie that offers little range for its female actors. The Bechdel Test doesn’t set a very high bar: to pass it, a film need have only one scene in which two named female characters talk to each other about anything other than a man. Nonetheless, in 2018, among the releases that failed the Bechdel Test were the Oscar-nominated Green Book and the summer blockbuster Mission Impossible: Fallout.

Of course, characters originate in screenplays, and, as it happens, the Highland 2 writing app provides some simple but effective assistance for “woke” screenwriters who want to pay more explicit attention to the gender balance in their screenplays. We wrote about Highland a while back (see “Writing Screenplays with Highland,” 18 May 2015), and while the latest version has evolved into a full-blown Markdown editor with lots of writer-friendly features, its forte is still screenwriting. Among the tools in its current incarnation is one labeled Gender Analysis.

The Gender Analysis tool is simple in concept—it lists the speaking parts that Highland finds in a screenplay (not a feat of artificial intelligence analysis: the rigid screenplay format makes compiling such a list trivially easy), and then requires the user to tick a checkbox manually for each character to indicate the character’s gender. Nor does the analysis take into account gender fluidity: you can choose only M for male, F for female, and U for unspecified.

Rudimentary as it is, Highland 2’s Gender Analysis tool does provide useful feedback. To try it out, I took a PDF I received a few months ago from a friend that contained a draft screenplay he’d written, and I “melted” it into Highland 2. (“Melting” is what Highland calls extracting the text of a properly formatted screenplay PDF into Highland’s own format; it’s a simple drag-and-drop operation.) I then opened the Gender Analysis tool, ticked the checkboxes, and learned that the draft was a typical Hollywood screenplay: more than two-thirds of the characters were male, and they delivered most of the dialog. The screenplay did contain one, albeit only one, scene that depicted two female characters speaking. When I read that scene, I found that it did pass the Bechdel Test because its dialog did not mention any men.

I had expected such results: the script was an action-comedy about twin brothers, one a cop, the other a convict, so it promised to be a phallocentric tale from the get-go. In fact, I was surprised that it included even one scene that passed the Bechdel Test. When I called my friend to tell him of Highland’s findings, he laughed and told me that not long after I received the draft, he had done a similar gender census on the screenplay and, based on that, had changed a number of minor characters from men to women.

What can we learn from this? Most importantly, that analyzing a screenplay for gender balance doesn’t require sophisticated artificial intelligence. Highland 2’s basic Gender Analysis tool makes it easy, but all that’s really necessary is a simple bookkeeping chart and a calculator. What matters most is being aware that cinematic gender balance is an issue in the first place, being willing to investigate that balance, and then being willing to take some action based on the investigation. And the reward for that work? Maybe more and better parts for female actors. That’s a coming attraction I would pay to see.