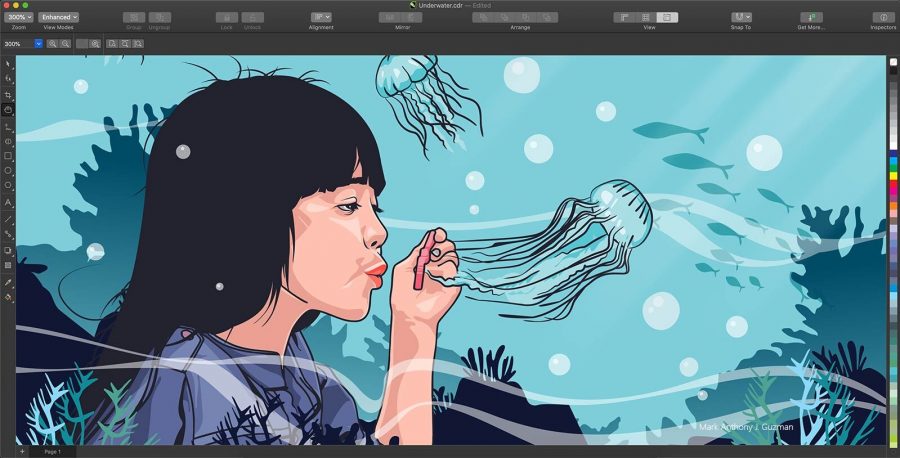 Returning to the Mac after 18 years, Corel has revived its vector graphics editor for macOS with the release of CorelDRAW Graphics Suite 2019. (The last CorelDRAW release for the Mac was CorelDRAW 11 in 2001.) In addition to the CorelDRAW 2019 vector illustration software, the suite includes Photo-Paint 2019 for image editing, AfterShot 3 HDR for raw photo processing, Font Manager 2019 (along with over 1000 TrueType and/or OpenType fonts), and thousands of clipart files, sample digital images, and vehicle wrap templates.

CorelDRAW is optimized for Dark mode in macOS 10.14 Mojave, includes support for the Touch Bar on the MacBook Pro, and introduces the neural network-powered LiveSketch drawing feature, which uses artificial intelligence to interpret, adjust, and combine hand-drawn strokes into precise vector curves. You’ll also be able to access your graphic design projects on the go from any device with the cloud-based CorelDRAW.app, enabling you to open and edit design elements in existing files as well as start new projects. 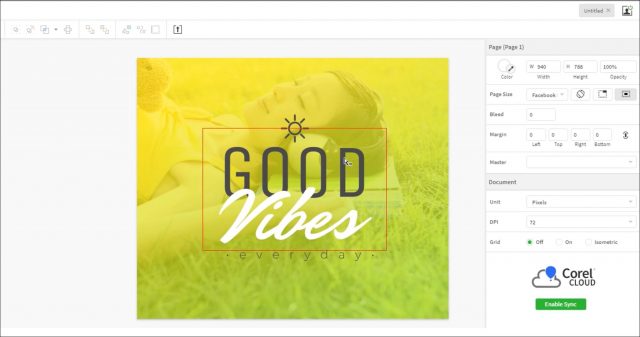 It’s nice to see CorelDRAW Graphics Suite 2019 providing some competition for Adobe’s Creative Cloud for significantly less money—the subscription works out to $16.50 per month, compared to Creative Cloud’s $52.99 per month. And Corel offers a perpetual license for those who dislike subscriptions. But it’s still not exactly cheap, and it will be interesting to see how it compares to established alternatives in the Mac world like Affinity Designer and Affinity Photo ($49.99 each) and Pixelmator Pro ($59.99; see “Pixelmator Pro: How Does It Compare to Photoshop CC?,” 13 February 2019).

While the Canadian Corel (owned by the private equity group Vector Capital) has largely focused its software efforts on the Windows side since the early aughts (including the acquisitions of WordPerfect and WinZip), the company looks to be devoting more attention to the Mac again. In addition to reviving CorelDRAW, Corel hoovered up the Parallels virtualization software company in December 2018 and released a major macOS upgrade to its CorelCAD drafting and 3D modeling app earlier this year.

Comments About CorelDRAW Comes Back to the Mac