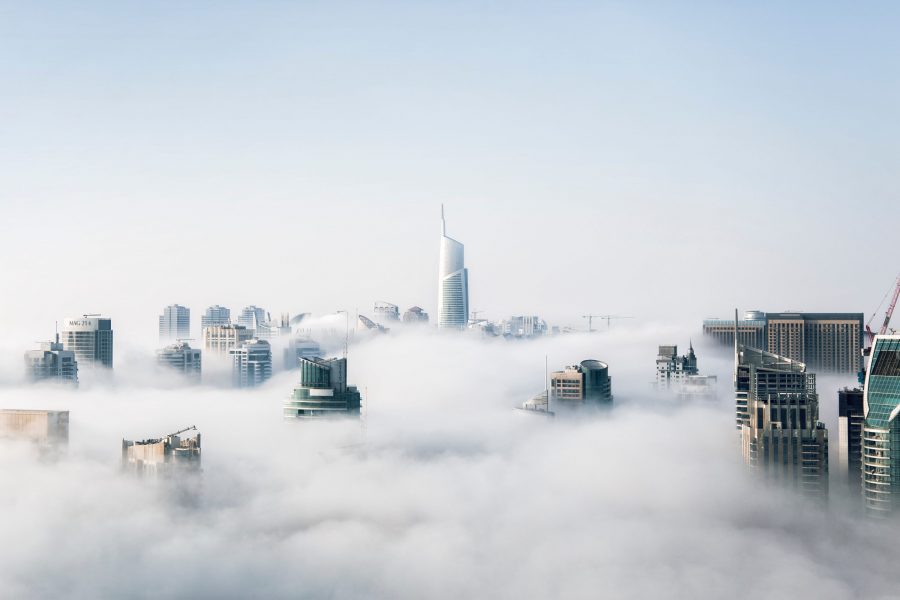 Photo by Aleksandar Pasaric from Pexels

Code 42, makers of the CrashPlan backup service for small businesses (but not individuals, see “CrashPlan Discontinues Consumer Backups,” 22 August 2017), has announced that, starting in May 2019, the service would no longer allow users to back up applications, virtual machine image files from apps like Parallels Desktop and VMware Fusion, and some backup files.

Code42 explains the change by saying that excluding these files will likely result in smaller backup archives and faster restores, syncs, and backups. That’s obvious, no? If you eliminate large files from a backup, everything will run faster (and Code42 won’t need to add storage as quickly). More troubling is the comment earlier on in the note, which says:

We have always recommended you not include applications or large files in your selection as they may not backup correctly.

Seriously? Code42 is actually admitting that CrashPlan may not back up large files correctly? Isn’t that Job #1 for any backup app?

Needless to say, Code42’s announcement perturbed some users, who notified us of the change. TidBITS member Peter Erbland said, “It seems like it is defeating the purpose of an offsite cloud backup in case of a catastrophic loss of data.”

I was curious about Code42’s performance claims, however, so I checked with CrashPlan competitor Backblaze (which has sponsored TidBITS in the recent past). Yev Pusin, Backblaze’s Director of Marketing, explained that Code42 wasn’t just making an obvious statement about smaller archive sizes improving performance for a few reasons:

For these reasons, Backblaze also excludes VM image files and other large file types (it also doesn’t back up system files or applications), as you can see in the app’s Exclusions screen. 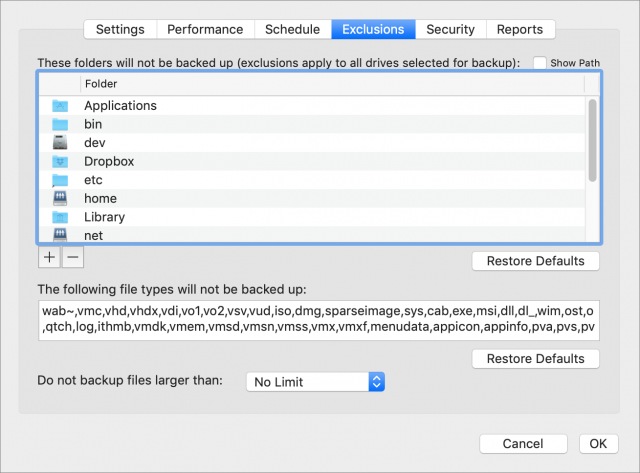 So what should you do if you have a large VM image file that you want backed up? In fact, I’m in precisely this situation, since I have Parallels Desktop set up to run a Windows app called HyTek Meet Manager for managing Finger Lakes Runners Club track meets. I use Meet Manager infrequently—just six times per year for a day or two—but it’s vital that its data be backed up when I am using it so I wouldn’t have to recreate a meet file if something bad happened.

With Backblaze at least, there are three solutions:

(Interestingly, the company in the best position to provide a complete backup service is Apple, since Macs already have Internet Recovery for reinstalling macOS, and iOS devices can back up to and restore from iCloud without needing a computer with iTunes involved. If Apple ever decides it needs more Services revenue, all it needs to do is let Macs back up to iCloud as well and sell a lot more iCloud storage. That would be a significant hit to existing Internet backup services.)

While applications can usually be backed up and restored, that’s an awful lot of data to analyze, transfer, and store in a situation where you can generally redownload with just a few clicks. The Microsoft Office suite is 8.6 GB on its own, and the big four of Adobe’s Acrobat, Illustrator, InDesign, and Photoshop weigh in at 5.6 GB. Apple’s iWork suite of Pages, Numbers, and Keynote is svelte in comparison at 1.8 GB.

But remember, an Internet backup service is only one part of a solid backup strategy, and it should always be seen as the backup of last resort, the one you turn to if everything else is lost. Spending a little time reinstalling macOS and downloading apps isn’t the end of the world—losing your actual data is.

So whether you’re using Backblaze or CrashPlan or some other Internet backup service, always make sure that you also have a local versioned backup made by something like Time Machine and a bootable duplicate created by something like SuperDuper, Carbon Copy Cloner, or Chronosync. The versioned backup lets you recover an older version of a file that became corrupted or was damaged by human error and then saved, and the bootable duplicate enables you to get up and running as quickly as possible if your entire drive dies. For the best and most complete backup advice, see Joe Kissell’s Take Control of Backing Up Your Mac, Third Edition.