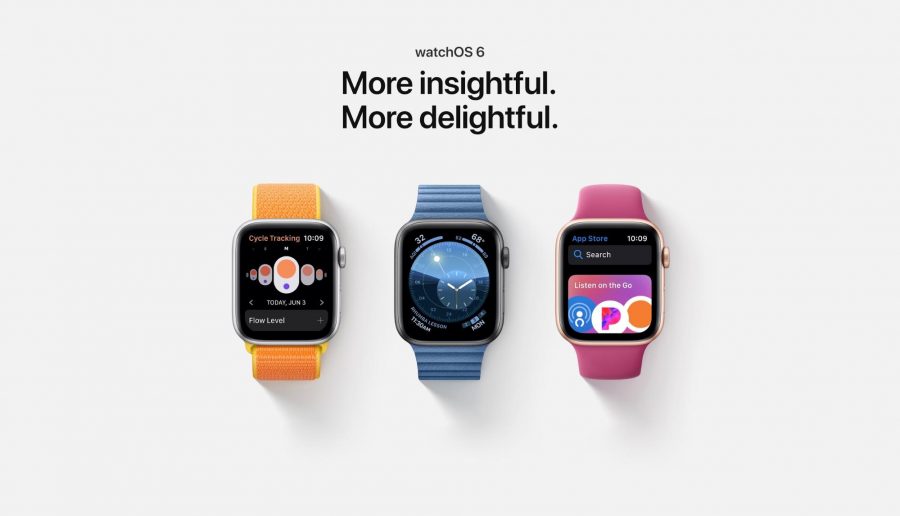 With its just-announced watchOS 6, Apple has yet again tapped into a pair of Apple Watch trends that have helped make the device the bestselling tech wearable.

One of these is self-reliance; the Apple Watch is now more independent of the iPhone than ever before, gaining both its own App Store and a nascent library of standalone apps.

The other trend, and perhaps the Apple Watch’s highest calling, is health tracking. It is now more versatile in this regard with the capability to protect users’ hearing, help women keep track of their menstrual and fertility cycles, and more.

Along the way, watchOS 6 bestows upon its users voice-memo recording, audiobook playback, restaurant tip calculating, Web searching, and other capabilities.

After its misguided attempt to crack the fashion market at launch, the Apple Watch eventually found its way as a health and fitness device. With watchOS 6, Apple has introduced a handful of new software features that expand the scope of what the Apple Watch monitors in the wellness sense.

Among Apple’s hardware platforms, only the Apple Watch lacked its own app store with a library of standalone apps. With watchOS 6, Apple brings the Apple Watch in line with its other products.

Third-party app developers can now create Apple Watch-only apps that don’t require companion iPhone apps. You will be able to download these apps directly onto the watch via a new watchOS App Store that works independently of the iPhone and its Watch app. (We hope that’s not required given the awkwardness of using the Apple Watch’s tiny screen for most things.)

Searching for apps on the App Store will be possible via voice dictation or Scribble-based composition, and the apps appearing in such search results will have product pages similar to those found on the iPhone and the Mac—only much, much more compact.

Apple also announced a modest complement of new or improved apps that include:

Many Apple Watch users have wondered over the years why Apple doesn’t open up watch face development to third parties, something that Google’s Wear OS has long allowed. For now, new watchOS faces remain Apple’s domain. There are some new options this time around, including:

There are a bunch of new complications, too. Now Apple Watch users will be able to see decibel levels, cellular strength, the chance of rain, and more. One fresh complication will begin voice-memo recording, and another will get users back to their current audiobook.

Along with the new faces, watchOS 6 introduces Taptic Chimes that, on the hour, make the watch vibrate and, optionally, play a sound, such as a bird song. Also, holding two fingers on a face will make the Apple Watch read the time out loud.

Siri Is Smarter and More Capable

Siri gets a bad rap for lagging behind Amazon’s Alexa and Google Assistant in terms of smarts and capabilities. With watchOS 6, Apple is narrowing the gap a bit on the Apple Watch with a smattering of new capabilities. These include:

As usual, Apple has trotted out new bands, including versions of its popular Sports Band and Sports Loop in such eye-catching colors as Dragon Fruit, Cornflower, and Canary Yellow. They are available now.

Like watchOS 5, watchOS 6 works on the Apple Watch Series 1 through Series 4 (but not the original Apple Watch), although not all features will be available on older models.

Betas of watchOS 6 will be available to developers right away, and it will undoubtedly ship in September alongside iOS 13.