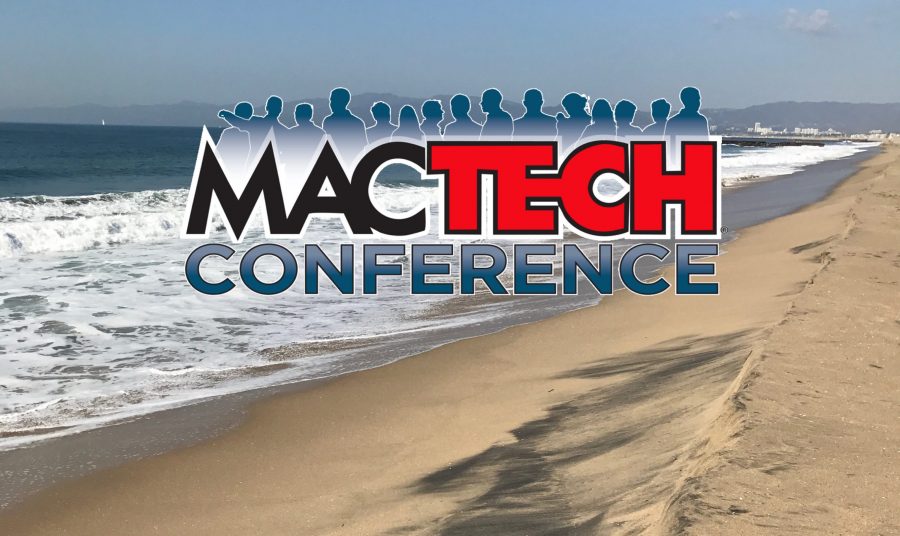 MacTech Conference will be celebrating its 10th anniversary on October 16th through 18th this year, once again at the Crowne Plaza Redondo Beach and Marina hotel in Los Angeles. Pre-conference workshops will take place on 15 October 2019 at the same hotel. (Which, I have to say, is fabulously located right on the beach and provides a great spot to walk or run in the morning.)

Conference organizer Neil Ticktin has released the list of initial speakers, including favorites returning from previous years: OWC’s Tim Standing (who knows more about APFS than anyone outside Apple), Dave Hamilton of MacObserver (who did a great session on mesh networking hardware last year), Disney’s Greg Neagle (of Munki fame), Jeanette Lee of Ruckus (who has forgotten more about Wi-Fi than most people know), Thomas Reed of Malwarebytes, Charles Edge of Jamf, Jack-Daniyel Strong, and consultant/magician Phil Goodman. Tonya and I will once again be hosting the Apple trivia game show, which pits expert attendees against one another in a test of Apple-related knowledge.

Specific sessions will be announced in a month or two as the session chairs digest all the announcements from Apple’s Worldwide Developer Conference and line up additional speakers to cover the operating systems and services that will likely be shipping by then. If you’re interested in speaking, fill out the speaker application form.

Super Early Bird pricing for the three-day conference costs $999 through 9 July 2019 ($600 off the full $1599 price) and includes breakfast, lunch, and dinner, along with break food and MacTech’s famous evening activities and event party. Last year’s marquee event was a “behind the ropes” tour of the Battleship Iowa hosted by museum staff, and it will be interesting to see what the MacTech organizers have up their sleeves for this year.

In the meantime, the smaller MacTech Pro regional events for Apple consultants and IT professionals continue to take place throughout the United States, with five cities left:

If you’re interested in attending a one-day MacTech Pro event, use the links in the list above to save an extra $50.