I just got back from MacTech Conference, where the inimitable Sal Soghoian gave a talk in which he revealed a tremendously cool technology hidden deep inside macOS. I’ll write about that once he finishes the video explaining the setup.

For now, however, I want to share a tip that I’d never heard before that lets you mirror two (or more) of three (or more) screens attached to a Mac. It’s not something everyone will need, to be sure, but if you ever end up in a similar situation, you’ll appreciate knowing it. The trick works in at least macOS 10.14 Mojave and 10.15 Catalina, and I wouldn’t be surprised if it goes quite a bit further back. 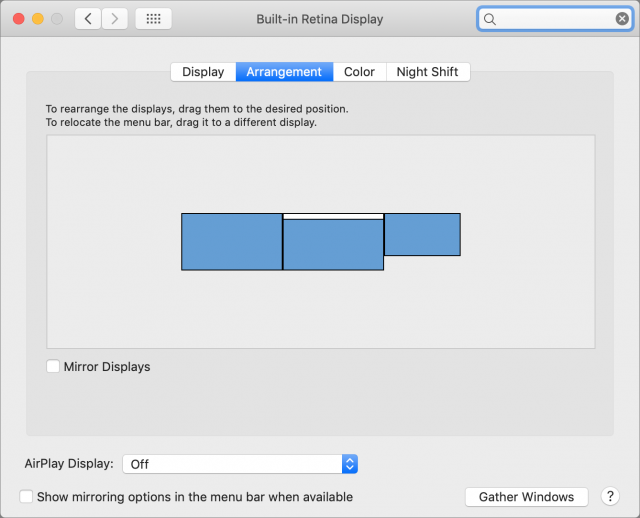 The problem was that Sal could only see the MacBook Pro and the iPad on the podium. For anything that happened on the projector, he had to peer into the distance to work from the projected screen. That proved difficult, but he soldiered through the presentation.

Afterward, Ed Marczak, a speaker and advisor to MacTech Conference who wasn’t in the room during the setup time, shared a little-known tip that would have made things easier on Sal. It turns out that if you have three (or more) screens connected to a Mac, you can mirror two of the three by Option-clicking one and dragging it on top of another. This does exactly what you’d expect. The Mac acts as though it has only two screens instead of three, and the same image appears on the two that are mirrored, with the third being separate. 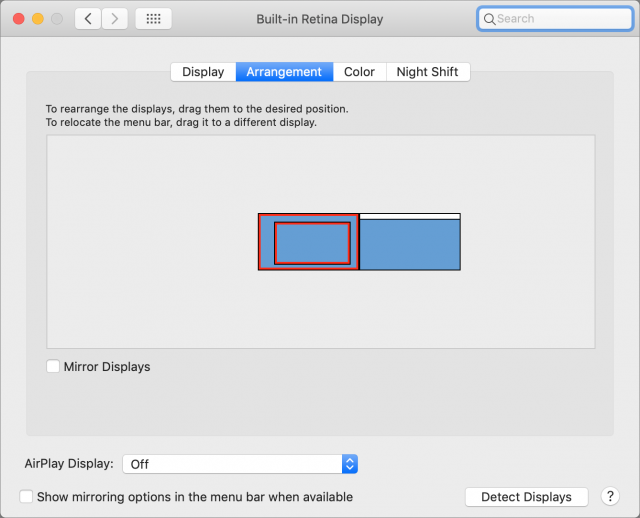 I verified this at home on my 27-inch iMac with Retina display, my standard 27-inch Thunderbolt Display, and an old 21-inch iMac I connected with Target Display Mode. Option-dragging the iMac monitor on top of my Thunderbolt Display’s icon in Settings > Display > Arrangement worked like a charm.

(What, you didn’t know about Target Display Mode? It’s a clever but short-lived technology that enables you to connect a non-Retina iMac made between 2009 and mid-2014 to another Mac via MiniDisplayPort or Thunderbolt and then use it as a secondary display. The trick, once you make the connection, is to press Command-F2 while the target iMac is at the login screen. It works pretty well, but it can be fussy to use regularly in my experience driving the 21.5-inch iMac as a secondary screen for my MacBook Air. In general, Target Display Mode is a great hack, but I wouldn’t recommend relying on it.)

Again, this tip is likely to be useful only in unusual situations, but as evidenced by Sal’s Rube Goldbergian presentation setup at MacTech, those situations do crop up from time to time.

Comments About TipBITS: How to Mirror Selected Screens in a Multiple Monitor Setup