Apple has been teasing the latest iteration to the Mac Pro since 2017, and the company formally announced it in June 2019, promising that it would ship by the end of the year. With 21 days left in 2019, Apple hit its mark—the new Mac Pro and the Pro Display XDR are now available to order and will ship before the end of the year in most configurations. 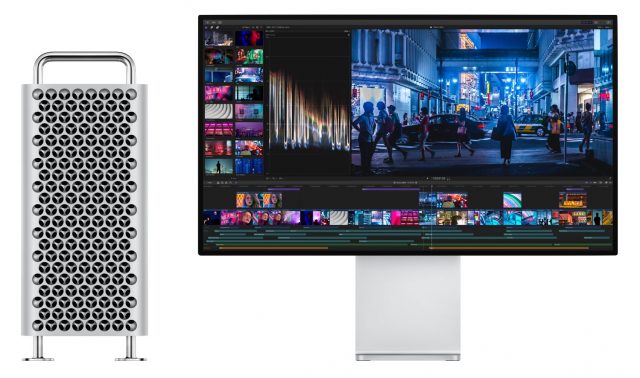 That’s a smart move on Apple’s part, since those with annual hardware budgets can get their orders in before the end of the year. Make no mistake, though, the new Mac Pro and Pro Display XDR are only for serious pros whose work requires the ultimate in performance. The starting price for the Mac Pro is $5999, and fully maxed out, it’s nearly $53,000. (That’s not even accounting for the rack-mount version coming soon that costs $500 more or the 8 TB SSD option that’s not available yet.) The Pro Display XDR starts at $4999, but with nano-texture glass and a Pro Stand, it’s almost $7000. So yes, a loaded Mac Pro system is comparable in price to a loaded Tesla Model 3—we’ll have to wait for the benchmarks and track tests to see which is faster.

Let’s take a look at Apple’s new professional Mac and monitor to see where all that money goes.

Apple completely redesigned the Mac Pro in consultation with pro users in a variety of industries. Gone is the circular “trash can” design. The new machine features a stainless steel frame more closely resembling the old “cheese grater” Mac Pros, thanks to large cooling vents in the slip-off aluminum shell. Removing the shell provides access to all sides of the Mac Pro, with the processor, graphics, and expansion slots on one side, and storage and memory on the other. Finally, optional wheels make it easy to move the Mac Pro around a set, stage, or studio—Apple must have reinvented the wheel in constructing them, given that they add $400 to the cost. Getting the wheels will also delay delivery until the end of January 2020. 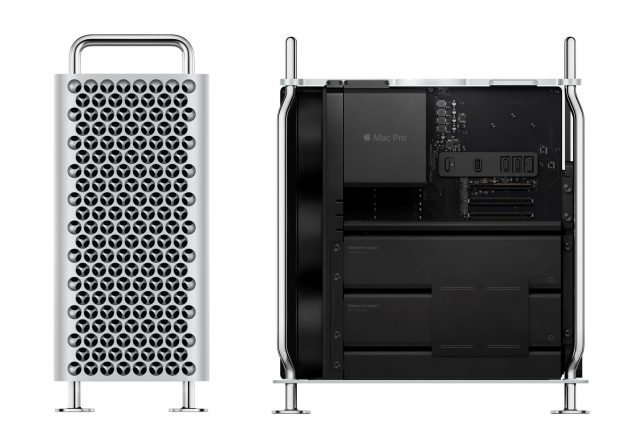 Massive computing power requires lots of electrical power, so Apple has outfitted the Mac Pro with a 1.4-kilowatt power supply. It will generate a lot of heat as well, so the design facilitates good cooling, with heat pipes directing hot air away from the CPU and dispersing it along aluminum fin stacks. Three impeller fans keep cool air moving across the CPU and GPUs, while a blower on the other side pulls air across the memory, storage, and power supply.

How much more performance can you expect? Apple claims that the 28-core configuration is 300% to 650% faster than the previous-generation 12-core Mac Pro for activities like Photoshop filters, Xcode builds, Final Cut Pro transcoding, and Matlab simulations. If time is money in your world, that 28-core processor might pay for itself quickly.

Two important notes. First, only the 24- and 28-core configurations support 1.5 TB of RAM. Second, the 8-core model operates memory at 2666 MHz, whereas the remaining models run memory at 2933 MHz for increased performance.

It seems likely that third-party RAM will be cheaper, though 1.5 TB of ECC RAM won’t be inexpensive anywhere. Look for DDR4 ECC memory running at 2933 MHz.

In today’s computationally intensive tasks—3D animation, 8K video compositing, and building lifelike gaming environments, along with pure number-crunching—much of the necessary performance comes from dedicated GPUs. To hold the Mac Pro’s GPUs, Apple has created the Mac Pro Expansion Module, or MPX Module, and the Mac Pro has room for two of them. 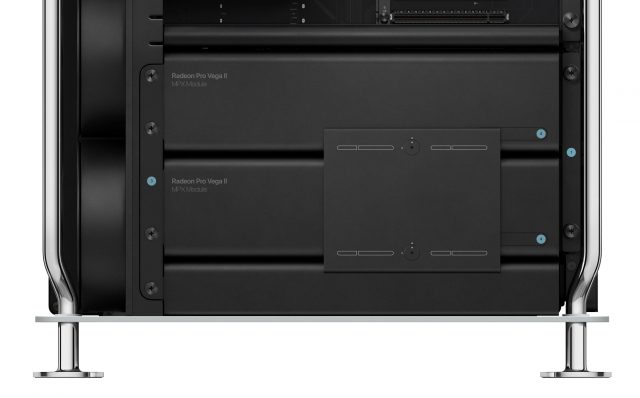 Each MPX Module can contain one of four AMD Radeon GPUs:

Even with a pair of MPX Modules installed in the four double-wide slots, you’ll still have three single-wide slots and one half-length slot preconfigured with an Apple I/O card. 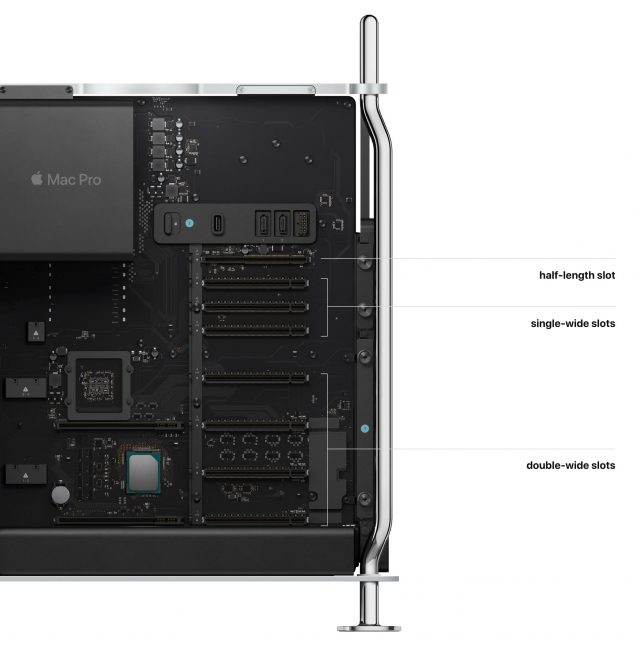 That Apple I/O card provides two USB 3 ports using the USB-A connector, two Thunderbolt 3 ports, and two 10-gigabit Ethernet ports. The top of the Mac Pro case (shown below) provides another two Thunderbolt 3 ports, as does the front of the rack-mount enclosure. Of course, 802.11ac Wi-Fi and Bluetooth 5.0 are built-in, and there’s a speaker and 3.5 mm headphone jack as well.

In some ways, storage may not be terribly relevant to Mac Pro users, many of whom likely rely on high-end network-attached storage instead of onboard storage. That explains the base-level 256 GB SSD storage module, but you can upgrade to 1 ($400), 2 ($800), 4 ($1400), or 8 TB (coming soon) SSDs, and Apple’s T2 security chip automatically encrypts all onboard storage.

Not all Mac Pro purchasers will be interested in Apple’s new Pro Display XDR monitor—it’s not likely to be worthwhile for a high-end software developer or scientist interested in crunching numbers—this is not a monitor for the rest of us. But if you spend your days working with video or graphics, you may want to consider adding one, and when you configure a Mac Pro on Apple’s online store, it suggests the Pro Display XDR when you check out. 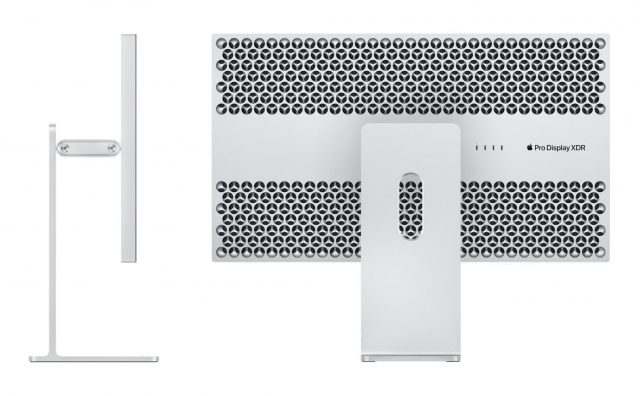 The Pro Display XDR is a 32-inch 6K Retina display, which provides nearly 40% more screen real estate than a 5K display. It runs at 6016-by-3384 pixels at 218 pixels per inch. For those working with 4K video, that means you can see your video and have room for your tools, all on one screen. 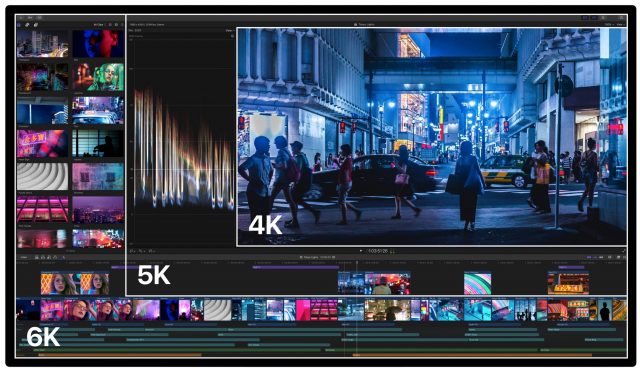 It’s likely the best-looking display you’ve ever encountered. It features 1000 nits of sustained brightness, and peaks at 1600 nits—most typical desktop monitors provide only 350 nits of brightness. That results in a 1,000,000:1 contrast ratio. It also supports a P3 wide color gamut and true 10-bit color, enabling it to produce more than 1 billion colors accurately.

For video professionals in particular, the Pro Display XDR offers reference modes that enable you to match its output—color space, white point, gamma, and brightness—to the requirements for HDR, HD, SD video, and digital cinema. Other reference modes—general photography, design, and print—would be appropriate for photographers and graphic designers. If none of the available reference modes match what you need, you can create custom ones.

Apple put significant effort into the glass in front of the screen. Most displays suffer if you’re not looking straight at them, but thanks to new polarizing technology, the Pro Display XDR boasts a wide viewing angle that provides up to 25 times better off-axis contrast than a typical LCD screen. Apple also engineered it for low reflectivity, and for the ultimate in matte screens, you can pay $1000 more for the nano-texture glass that cuts reflections even further.

On the back, you’ll find one Thunderbolt 3 port for connecting to a Mac, along with three USB-C ports for charging and syncing. The use of USB-C rather than Thunderbolt 3 feels odd, given that Thunderbolt 3 supports daisy-chaining of devices, but the current iPad Pro models have USB-C ports, and the iPhone 11 Pro models come with a USB-C to Lightning charging cable.

The Pro Display XDR is not limited to use with the Mac Pro, but don’t assume you can use it with just anything, given the number of pixels the Mac needs to drive. It is also compatible with the 2018 15-inch MacBook Pro, the 16-inch MacBook Pro, and the 2019 versions of the 21.5-inch and 27-inch iMac (but not the iMac Pro). It can also work with any Mac that has Thunderbolt 3 ports paired with a Blackmagic eGPU.