We suspect that Apple engineers are clearing the decks for the holidays, given that Apple just updated all of its shipping operating systems at once. Hold on, there’s a lot to cover.

The iOS 13.3 update (659.8 MB on an iPhone 11 Pro) and the iPadOS 13.3 update (609.6 MB on a 10.5-inch iPad Pro ) are essentially the same. Most notable are new parental controls that allow parents to manage with whom their children can communicate via phone calls, FaceTime, and Messages, and who appears in their Contacts lists. Unfortunately, these new parental controls don’t apply to third-party apps like Facebook Messenger, SnapChat, or Skype. 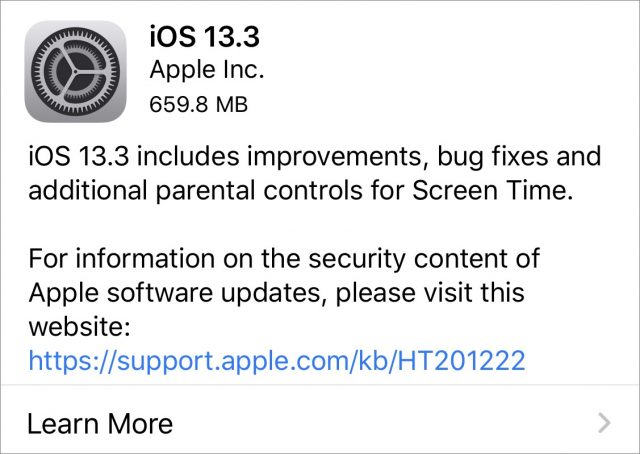 iOS 13.3 and iPadOS 13.3 also make some improvements to Apple News, such as a new layout for Apple News+ stories from the Wall Street Journal and other newspapers. You can now also like or dislike stories with a tap, something that had become more difficult in the transition from iOS 12 to iOS 13.

The Stocks app receives some small enhancements as well, most notably with regard to its Apple News integration. You can continue reading with links to related stories from the same publication; there are Breaking and Developing labels for Top Stories; and in Canada, News stories are available in both English and French.

Beyond these minor new features, iOS 13.3 and iPadOS 13.3 resolve a multitude of bugs, especially in the Mail app. They:

iOS 13.3 and iPadOS 13.3 have 12 published security fixes. You can install them in Settings > General > Software Update, in the Finder in macOS 10.15 Catalina, or using iTunes in earlier versions of macOS.

As in the past, if you have already upgraded to iOS 13, we recommend installing these updates soon. The bug and security fixes are sufficiently important that you don’t want to wait long. Those who are still using iOS 12 should wait a bit to make sure Apple didn’t introduce new bugs with 13.3, but it’s probably safe to upgrade after that.

The 184.1 MB iOS 13.3 update for the HomePod resolves a few annoying bugs, according to Apple. It: 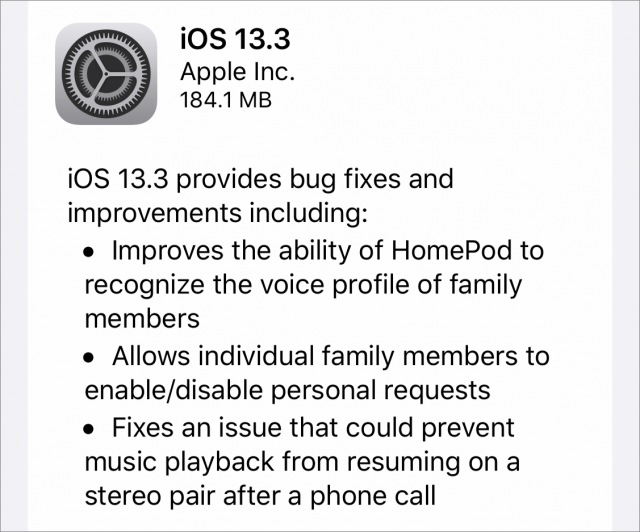 To update the HomePod manually (it should update itself soon enough), open the Home app, touch and hold the HomePod’s tile, tap the gear icon to bring up HomePod settings, and then tap Install.

The 3.02 GB macOS 10.15.2 update includes the same improvements to News and Stocks as are in iOS 13. More interestingly, it also responds to a pair of common user requests by bringing back the column browser in the Music app and restoring compatibility with the iTunes Remote app for controlling Catalina’s Music and TV apps. 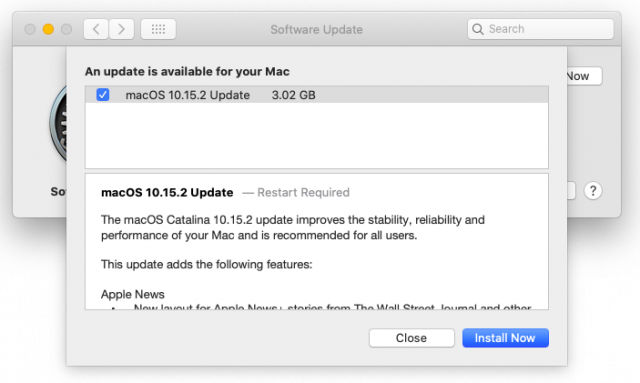 If you’ve been delaying an upgrade to Catalina, should you install now? No, definitely not. Give 10.15.2 some time to percolate, so the Mac community can weigh in on whether or not it’s ready for prime time. In particular, we’re curious about the previously reported problems with Mail because neither 10.15.1 nor 10.15.2 have mentioned them in their release notes (see “Beware Mail Data Loss in Catalina,” 11 October 2019).

The watchOS 6.1.1 update “provides important security updates and is recommended for all users.” It includes 9 security fixes. You can install the update, which weighs in at 174 MB on an Apple Watch Series 4, from the iPhone’s Watch app: go to Watch > General > Software Update. 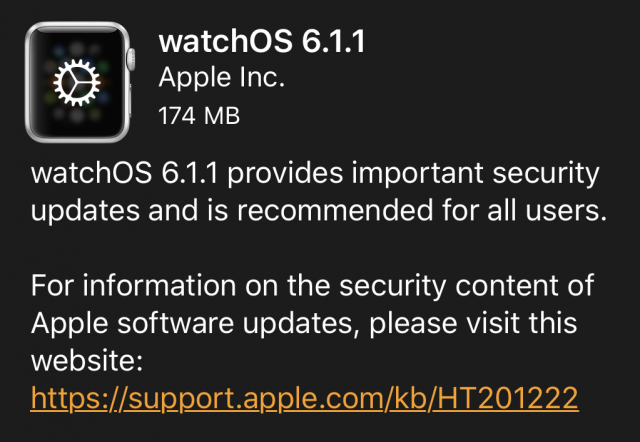 Apple has also released watchOS 5.3.4 with a security fix for FaceTime for watches paired with iPhones running iOS 12. Install it in the same way.

There’s no reason to avoid these updates, but it’s hard to get excited about installing them quickly. Do it some night when your Apple Watch is charging anyway.

As usual, the tvOS 13.3 update notes are sparse: “general performance and stability improvements.” The update includes 9 security updates, largely shared with the other operating systems. If automatic updates aren’t on, you can update your Apple TV HD or Apple TV 4K by going to Settings > System > Software Updates. We just let ours update automatically when they get around to it.