Several weeks later, however, I realized that I had become increasingly disenchanted with the performance of the Series 2 and decided to treat myself to a new Series 5. Then I could hand the Series 2 down to my son Tristan, and my mother could try his original Apple Watch to see if she liked it. (Up to this point, Tonya had the newest model in the family, a cellular-capable Series 3.)

I’ve now had several months with the Apple Watch Series 5, and I wanted to share my impressions about what makes a difference and what doesn’t. I’m sure not everyone will agree with my conclusions, but if you’ve been holding onto an older Apple Watch, you may find my thoughts useful in determining whether or not to upgrade.

First off, let’s dispense with the elephant in the room: the much-ballyhooed Always-On Retina display. It’s a fine screen, and nice to look at, but the always-on aspect of it is, if not worthless, certainly not worth much. In essence, Apple is employing some clever engineering and user-interface trickery to enable the display to continue showing something even when you’re not looking at it, all while maintaining good battery life. (Speaking of which, battery life wasn’t a problem on my Series 2 despite its age.)

The Always-On Retina display works—there’s always something showing on the screen—but it doesn’t do what Apple implies. When you lift your wrist, you see the screen brighten and various bits update from their previously dormant state. I’m not sure that’s any less annoying than waiting a beat for the screen to light up, as was necessary for all previous models.

Worse, if you’re using an app—I often use the Strava app to record workouts—the screen doesn’t show the app, just the time, until you raise your wrist and look at it. I suppose that’s better than nothing, but if I’m using the app, I want to see the app, and waiting for the screen to brighten and the time screen to be replaced by the Strava screen isn’t notably better than having the screen be entirely dark when you’re not looking at it.

Don’t buy an Apple Watch Series 5 because of the Always-On Retina display.

Similarly, I’ve found no benefit to the new built-in compass in the Series 5, or its international emergency calling. That’s me—if you regularly care about what direction you’re facing or worry about reaching emergency services on regular international trips, these features may be important to you.

So let’s talk about what does make a difference. The first thing I noticed when I got the Apple Watch Series 5 is that its screen is bigger: 40mm (324-by-394 pixels) on the smaller model that’s the right size for my wrist, compared to the Series 2’s 38mm (272-by-340 pixels). You wouldn’t think that 2mm of diagonal screen size would be a big deal, but all those extra pixels made a real difference.

Until the last month, I was struggling with a slightly out-of-date contact lens prescription that didn’t work well at wrist distance, meaning I could barely read the watch without reading glasses. The larger screen was noticeably easier to read. If you’ve been frustrated by the size of text on the Apple Watch screen, upgrading to a Series 5 (the Series 4 is no longer available, and the Series 3 has the smaller screen) may be a win for you.

It’s impossible to compare the performance of the Apple Watch Series 2 at its 2016 launch to how it was working in 2019 with watchOS 5 and then watchOS 6, not just because of the evolution of watchOS but because of newer apps and an older battery. The main non-Apple app I wanted to use was Strava, and it was dog slow on the  Series 2. (Where the dog in question is old and lame; it’s not clear why dogs get a bad rap for speed in that cliché.) It felt like the entire interface was submerged in molasses—I’d tap a button and wait so many seconds for it to depress that I never quite knew if I’d actually tapped it or not.

In contrast, the Apple Watch Series 5 has been a joy to use. It’s not the most responsive user interface ever, but it’s fine for what I do. Meanwhile, when Tristan replaced his original Apple Watch with the Series 2, he was impressed at how much faster it was, and my mother hasn’t commented on the performance of the original model that she’s using now, although she’s not using any apps. It’s all what you’re accustomed to.

I had wondered if the Series 5’s improved performance would encourage me to use more apps—had I been shying away from playing with apps because I knew the performance would be dreadful? The answer turns out to be no—Strava remains the only non-Apple app I use, and of the built-in apps, I still rely only on complications, Siri, and the Timer app.

I wasn’t a huge fan of the silicone Sport Band that came with my original Apple Watch, although Tonya likes hers. Nor did I like the woven nylon buckle band that came with my Series 2. So when Tonya bought her Series 3, we got a Seashell Sport Loop with it, and I took that over. My problem with the Sport Band was that the holes were never quite in the right spot for me, so it was sometimes a little too tight and other times a little too loose. The Sport Loop, in contrast, is brilliant because you can adjust it to whatever size your wrist is (or feels like it wants) at the moment. 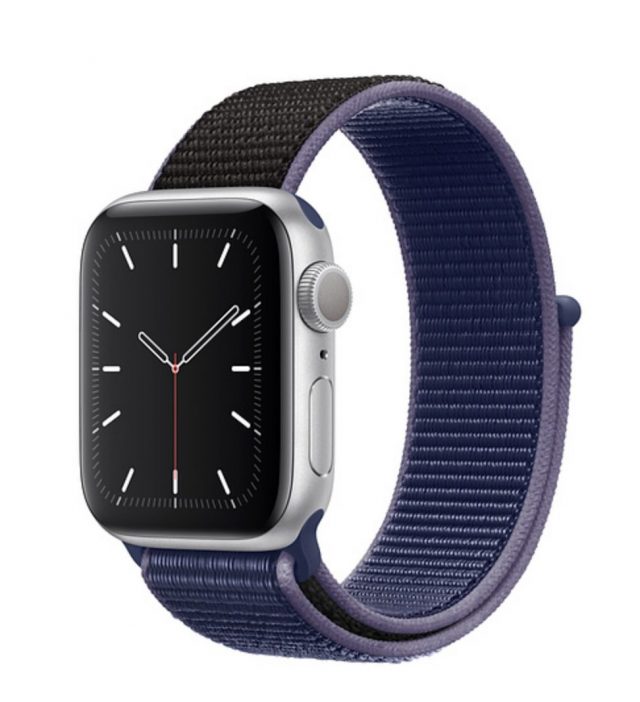 Every year, Apple announces new colors for its Apple Watch bands. I’ve liked some of them in the past, but at $49, I could never justify the expense of replacing the grayish Sport Loop. I was looking forward to picking out a new color for the Sport Loop, but I was disappointed to discover that every time Apple comes out with new colors, the company drops all the old ones. In my fashion cluelessness, I had assumed the others would remain available. In the end, I was pretty happy with the Midnight Blue Sport Loop, but I remember liking other previous colors more. C’est la vie!

(If I ever get around to it, I’ll try the cheap knock-off Sport Loop replacements available from various Chinese companies on Amazon, like this five-pack for $24.) 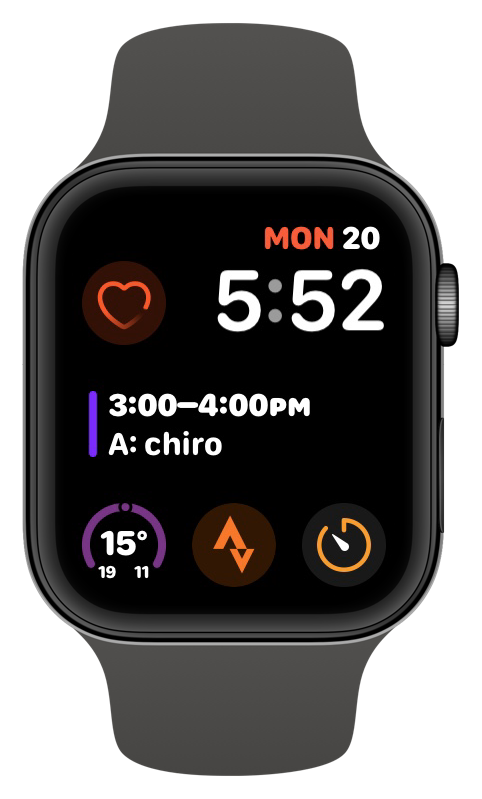 Apple adds new watch faces with each new version of watchOS and each new Apple Watch release, it seems, and not all are available on older models. I was looking forward to exploring the new watchOS 6 faces that weren’t available on my Series 2, such as Gradient, Infograph, Infograph Modular, Meridian, and more. Apple has a full list of every watch face, its customizable features, and its available complications.

Most of these watch faces seem merely like eye candy—I’m uninterested in an analog dial of any sort—but the Infograph Modular face provides an alternative to the Modular face I had been using without losing any functionality.

Your mileage is likely to vary here since the choice of watch faces seems like the veritable definition of personal preference.

Was It Worth It?

Spending $499 to upgrade from the Series 2 to the Series 5 was worth it for me, especially given that I’m in the business of keeping up with Apple. I opted to get the GPS+Cellular model not because I intended to use it but because Tonya will likely take over this Apple Watch at some point, and she does need cellular connectivity because she often doesn’t have her iPhone 7 handy due to it being too large to carry comfortably on her body. Plus, if something changes with a future version of watchOS or an app that makes cellular connectivity attractive, I’ll be able to sign up for it without buying new hardware.

In the end, I would suggest that it’s probably worth upgrading to a Series 5 from an original Apple Watch, particularly given its aging battery, or a Series 1. The improved performance and longer battery life will likely be welcome. It’s harder for me to say that the Series 5 is so much better than the Series 2 that it’s worth even $399 to upgrade to the GPS-only version of the Series 5. Similarly, you will notice the larger screen and improved performance if you’re moving from a Series 3, but just as with an upgrade from a Series 2, is it worth $400 to $500? Finally, unless you have money burning a hole in your pocket, I can’t see much reason to upgrade from a Series 4 to a Series 5.