Apple may have had to lower its earnings guidance based on happenings in one of the world’s largest countries, but it’s still paying attention to users in smaller countries. The company has released watchOS 6.1.3 with “improvements and bug fixes,” calling out only a fix for a bug that prevented irregular heart rhythm notifications from working reliably for Apple Watch users in Iceland. 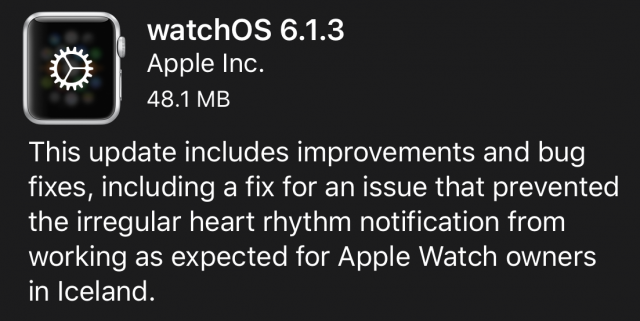 You can install the update, which weighs in at 48.1 MB on an Apple Watch Series 4, from the iPhone’s Watch app: go to Watch > General > Software Update. There’s no need to hurry unless you live in Iceland.