Is reality melting along with the polar ice caps? It sure feels like it. As if things weren’t strange enough due to coronavirus-related social distancing, Apple has surprised the world by announcing a new iPad Pro that will be compatible with a new Magic Keyboard featuring—get this—a trackpad.

Other enhancements in the new iPad Pro include a LiDAR scanner to improve AR capabilities, more capable cameras and microphones, and a faster A12Z Bionic processor. Physically, the dimensions of both the 11-inch and 12.9-inch iPad Pro models are identical to the previous models, apart from slight weight changes, and silver and space gray remain the only available colors. 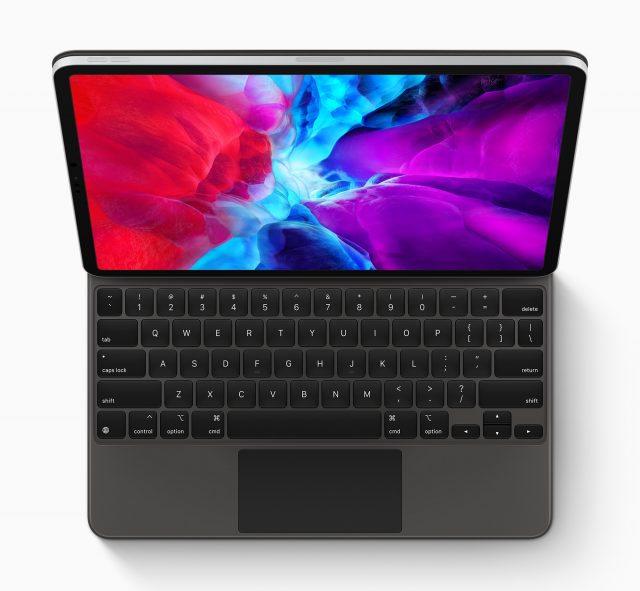 Rumors have been flying for a while about an iPad with a trackpad, but no one had any idea Apple was this close to shipping it. iOS 13 shipped with crude trackpad support, labeled as an accessibility feature, but Apple says that iPadOS 13.4, due 24 March 2020, will overhaul that for both the Magic Keyboard and other trackpads:

With iPadOS 13.4, Apple brings trackpad support to iPad, giving customers an all-new way to interact with their iPad. Rather than copying the experience from macOS, trackpad support has been completely reimagined for iPad. As users move their finger across the trackpad, the pointer elegantly transforms to highlight user interface elements. Multi-Touch gestures on the trackpad make it fast and easy to navigate the entire system without users ever lifting their hand.

If you don’t care about the trackpad or don’t want to spend so much, Apple has what it claims is a new Smart Keyboard Folio that works with both the new iPad Pro and the previous model. The new iPad Pro also remains compatible with the second-generation Apple Pencil. 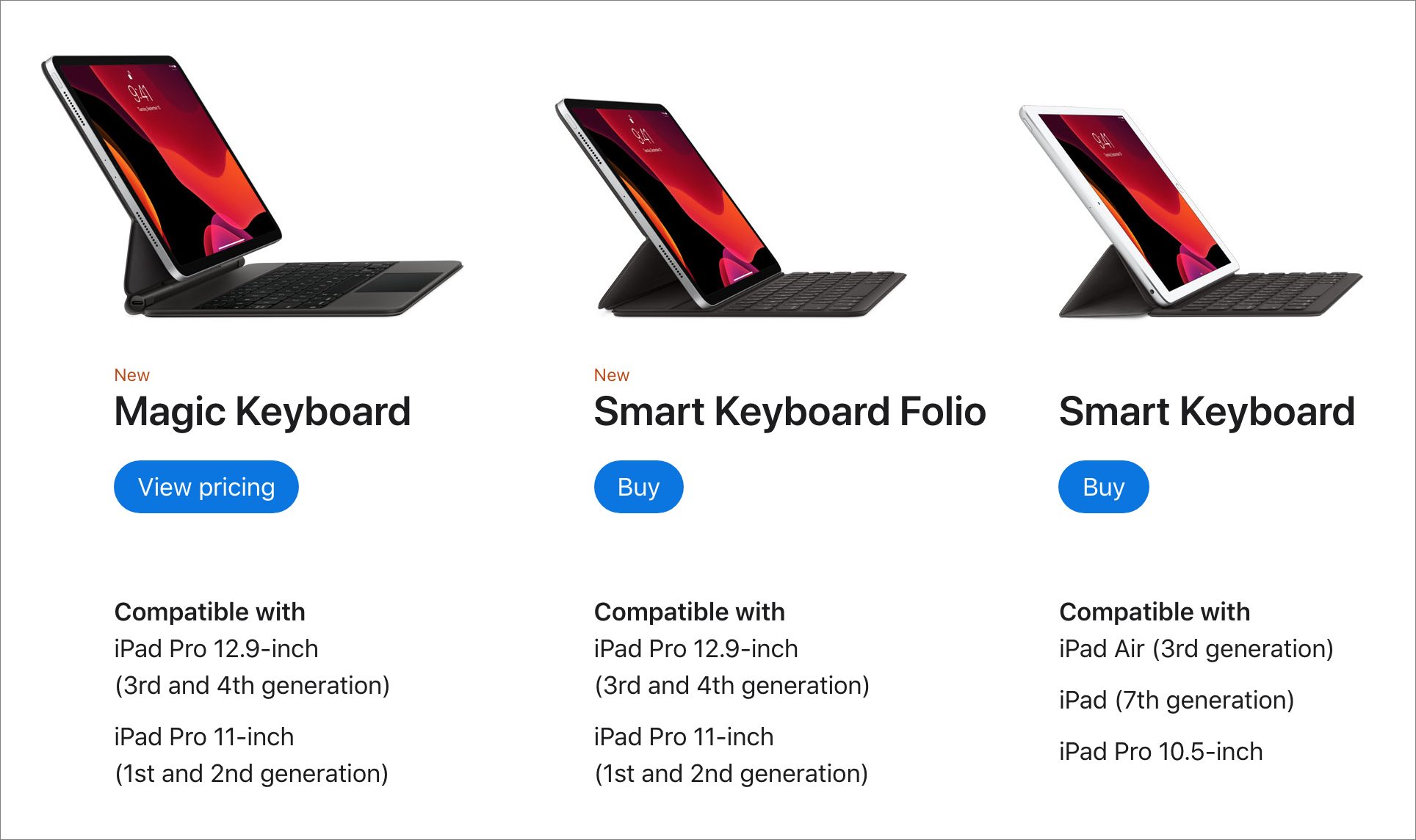 Just as shocking as the trackpad was the fact that the new iPad Pro will feature a LiDAR scanner. LiDAR (short for Light Detection and Ranging) is a feature usually found in cars with some sort of autonomous driving capability because it can quickly and accurately measure the distance from nearby objects. Let the rumors commence!

Apple is marketing the iPad’s LiDAR Scanner, which can measure the distance to objects up to 5 meters away, as an enhancement for augmented reality applications. It promises to enable instant placement of AR objects (as opposed to having to sweep the camera around a surface), improved motion capture, and better people occlusion. As a demonstration, Apple will enhance the Measure app to calculate people’s heights and offer a more granular Ruler View. 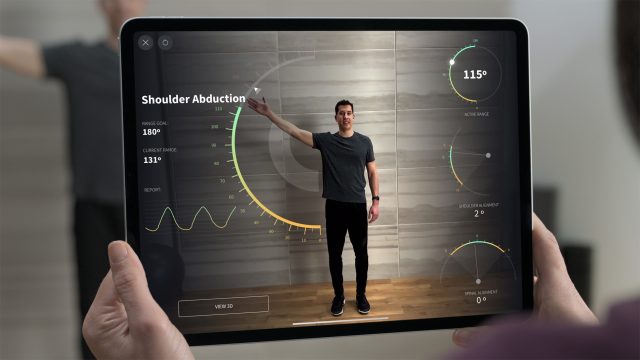 Why is Apple putting LiDAR in an iPad first, instead of an iPhone? There are two likely reasons. First, the technology is likely both expensive and in short supply, so introducing it in the lower-volume iPad Pro gives Apple some time to ramp up production and reduce costs. Second, the LiDAR Scanner hardware components may require the larger size of the iPad. But we bet this technology will migrate to the iPhone sooner or later. 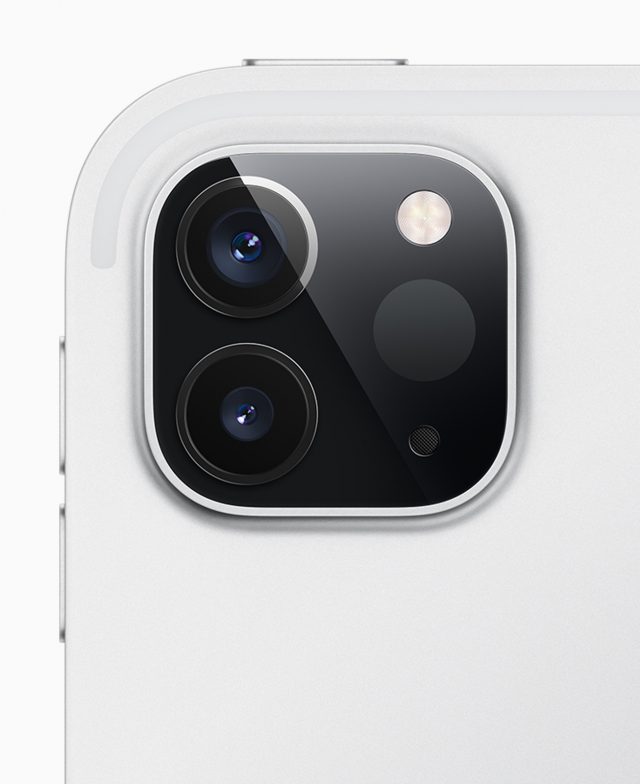 The new iPad Pro relies on a new processor, Apple’s A12Z Bionic chip. We haven’t seen the Z designation before; it’s unclear why Apple developed this A12 variant rather than using the A13 Bionic from the iPhone 11 series.

The A12Z features an eight-core CPU and a Neural Engine along with a new thermal architecture that should hopefully squeeze more performance from the chip. Apple claims that battery life will be typical for an iPad at up to 10 hours.

Given that Apple retail stores will be closed indefinitely, your best bet is to order online.