Apple has released watchOS 6.2.5, a small update focused on Saudi Arabia, bringing the ECG app and irregular heart rhythm notifications to users there. MacRumors says that the update also includes new Pride-themed watch faces. For Apple Watch models incompatible with watchOS 6, Apple published watchOS 5.3.7 with unspecified “improvements and bug fixes.” Both updates probably happened now due to security fixes, but Apple hasn’t yet published details for either one, likely because other operating system updates haven’t yet shipped. 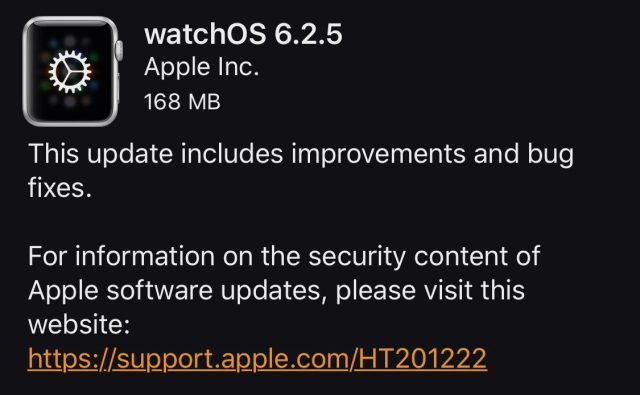 You can install the update, which weighs in at 168 MB on an Apple Watch Series 5, from the iPhone’s Watch app: go to Watch > General > Software Update.

Our take, as with most watchOS updates, is that you should install it at some point in the next few weeks when you have some time. It’s hard to imagine a watchOS vulnerability being easily exploited in the real world.