Even as the COVID-19 pandemic rages on, many schools are preparing to open, some no matter what. But many parents and teachers don’t think school reopenings in their areas are safe. A USA Today poll found that one in five teachers don’t plan to return to school this year, and a whopping 60% of parents are considering homeschooling.

Anecdotally, I’ve seen fellow parents asking online for help on how to get started. When my oldest son was due to enter kindergarten last year, my wife and I decided instead to homeschool him, so I’ve been trying to advise new homeschoolers as best as I can, based on my experience over that time. I also wrote a quick guide at The Prepared on how to get started homeschooling, urging those considering it to start now, because time is running out. Why is that?

School registrations have already begun, and the school year will start soon. You need to register for whatever homeschool option you decide on, and you need to acquire the requisite curricula and figure out how to use them. In truth, it’s a bit late to be getting started now, but these are unusual times.

While my wife—who teaches at the local high school—and I are very much old-fashioned textbook people when it comes to the curricula we invest in, we’ve found that iPhone and iPad apps can offer educational value as well. I hesitated to bring the iPad into the mix because many tech leaders severely limit the technology their kids use. Even Steve Jobs didn’t let his kids use iPads (which makes you wonder what he knew that we don’t).

But the reality is, while we try to limit screen time, our kids are growing up in a technological world, and they need to be familiar with that technology. Plus, these apps can sometimes give both kids and parents a welcome break from each other. (We’ve barely left the house in over four months, so we’ll take whatever breaks we can get.)

If you or someone you know is going to be in the position of homeschooling young children this year, here are five apps we’ve found useful.

The TeachMe games, which are available for preschoolers through third-graders, are some of my son’s favorites. He calls TeachMe Kindergarten “the mouse game,” because the app guides him with a cartoon mouse. Most cost $1.99, with no subscriptions or other nonsense. The preschool app is only $0.99, or you can buy the entire bundle for $7.99.

You have to set up an on-device profile for your child, but the TeachMe apps don’t require an online account.

The TeachMe apps work on the iPhone and iPad, but our son plays them almost exclusively on the iPad, preferably with an Apple Pencil or some other stylus to help with the writing exercises.

Most of our experience is with TeachMe Kindergarten, but the apps offer a grab bag of subjects: spelling, math, letter writing, and more, presenting children with a random series of age-appropriate challenges. As they progress, they receive little rewards like coins, stars, and levels, and the app guides them along with a friendly voice. 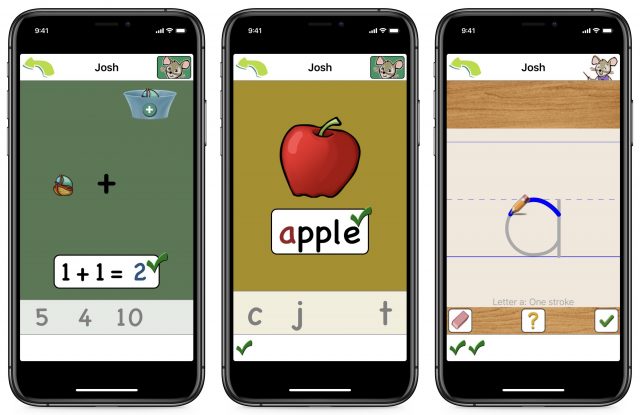 Duolingo is a great app that we covered all the way back in “FunBITS: Duolingo Makes Learning Languages Enjoyable” (14 June 2013). The company now offers a version for kids learning to read: Duolingo ABC. An online account is not required.

Just as with the main Duolingo app, Duolingo ABC teaches through fun, colorful games. Activities include dragging letters into the right order in a word, listening to and repeating letter sounds (with voice recognition), and tapping objects whose names start with the specified letter. 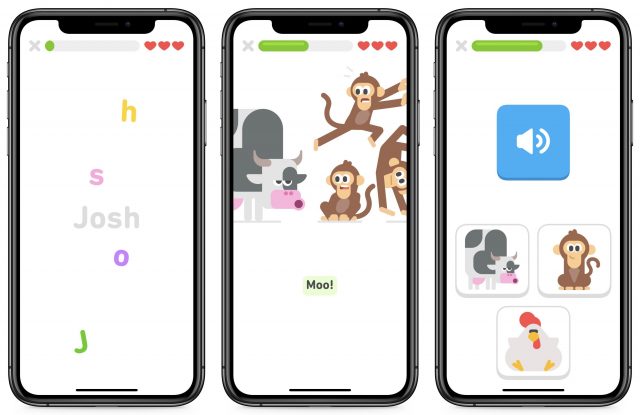 This globe and app combination is a new addition to our toolbox. The Orboot Globe is pricey at $55, but we caught it on sale for $35 and were sold by its cute promotional video. It was an instant hit at our house.

As a globe, the Orboot Globe is pretty much what you’d expect. What makes it stand out is that kids use the free Orboot Earth AR app to scan locations on the globe to learn more about them. 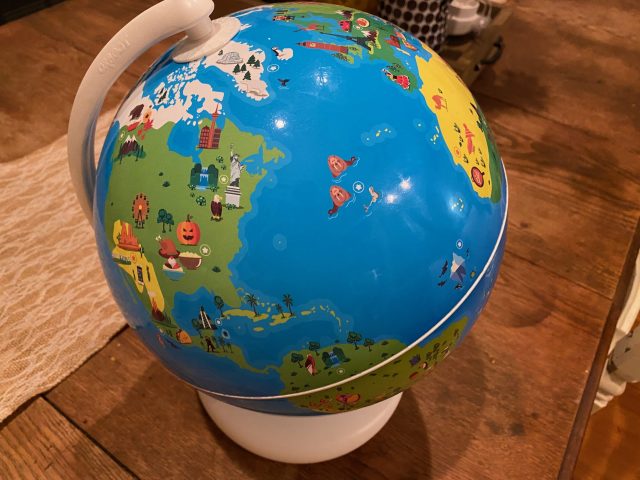 Kids line up a star on the globe with one that appears in the camera’s viewfinder, causing 3D objects to pop up. They can switch among viewing facts about animals, culture, monuments, cuisine, and more—all specific to the scanned spot. Kids can then tap an object on the screen to learn more about it. The package also includes a passport that you can stamp as your kids explore different countries. 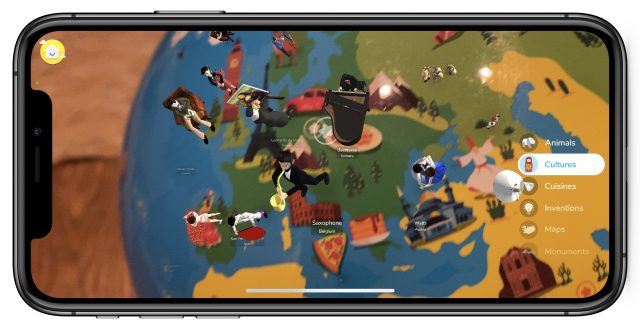 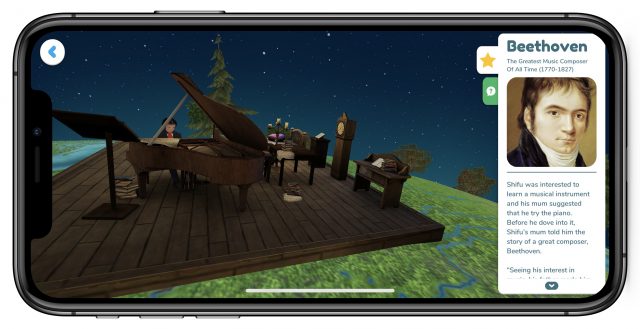 The company also makes Orboot Dino AR, which kids can use with the globe to learn about dinosaurs. The Orboot apps don’t require an online account, but they push you to set one up.

Beware that you need some serious system resources for the Orboot apps. Orboot Earth AR took up nearly 2 GB of storage on my iPhone once fully loaded, and its AR functionality makes it CPU and battery intensive as well.

Prodigy is a math training app in the guise of a role-playing game. As in many such games, kids move from battle to battle, casting spells and using other abilities to fight monsters. 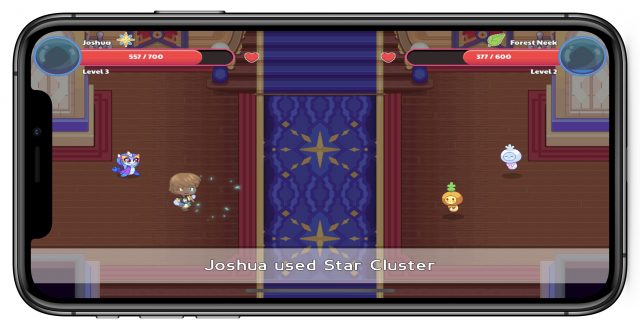 Here’s the twist: to cast a “spell,” kids have to answer math questions. 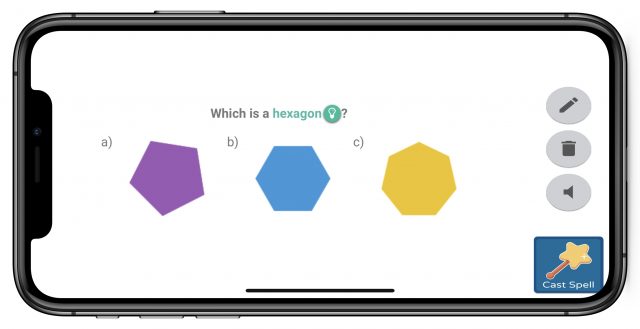 The Prodigy app is free, but you must sign up for an online account. It theoretically allows you to login using a Google account, but when I tried that, the game loaded in Safari instead of in the Prodigy app, so I had to create a new account.

As an adult, I’m unimpressed with the rough graphics, and overall, I find the app janky. But my son loves playing it, and it strengthens his math skills, which is what matters.

My son has a hard time reading, so we’ve tried several reading curricula in an attempt to find something that works for him—this is a common struggle in the homeschooling world. Thankfully, my wife is a teacher, so she spent weeks researching reading programs to figure out what might work.

She eventually settled on All About Reading, which is based on the Orton-Gillingham method. The method was developed by neuropsychiatrist Samuel Torrey Orton and educator and psychologist Anna Gillingham in the 1930s specifically to address the needs of children with reading difficulties.

We’ve barely dipped our toes into the method, but the results have been promising so far. If you know a child who is having difficulty reading, it might be worth looking into.

The Letter Tiles for Learning app is designed to accompany the All About Reading curriculum, but you could conceivably use it on its own. There are letter layouts for each lesson, and kids can use the provided tiles to construct words. They can press and hold a letter to change its case or hear the sounds it makes. The app is a little pricey, but homeschool curricula aren’t cheap. 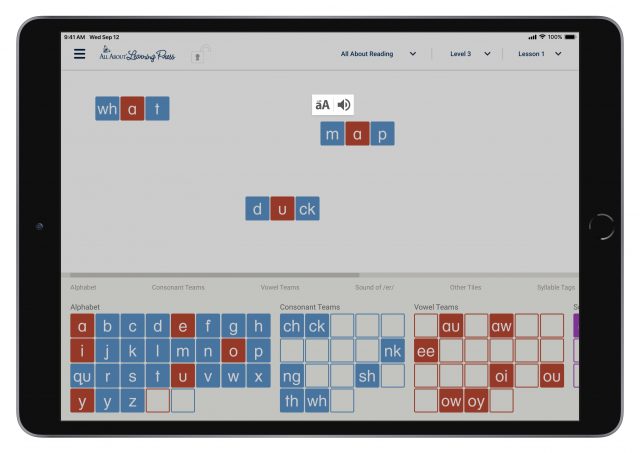 And Back to You…

These apps are just a few suggestions that we have found helpful in our homeschooling efforts. If you or a loved one is jumping into homeschooling this year, note that flexibility is the name of the game. Different things will work for different children, and you can’t get too invested in a particular tool. But one of the great things about homeschooling is that if something isn’t working, you can experiment with alternatives that might work better for your children. Ideally, that would happen in public schools as well, but all too often, teachers have a single curriculum that they have to apply to an entire class, even when it doesn’t work for a particular child.

Just remember to relax, try to have fun with homeschooling, and don’t beat yourself up. You’re going to have good days and bad days, strong subjects and weak subjects. The key is to be flexible and keep trying different approaches until you find what works best for your children.

If you can recommend any other good educational apps for kids, we’d love to hear about them in the comments!