It’s time for bug-fix updates for all of Apple’s operating systems!

Apple has released macOS 10.15.7 Catalina, which resolves a problem that prevented Macs from automatically connecting to Wi-Fi and another that stopped files from syncing through iCloud Drive. A third bug fix addresses a graphic issue on the recently released 2020 27-inch iMac with 5K Retina display with the Radeon Pro 5700 XT. It also includes four security fixes. You can download the 2.84 GB update in System Preferences > Software Update. 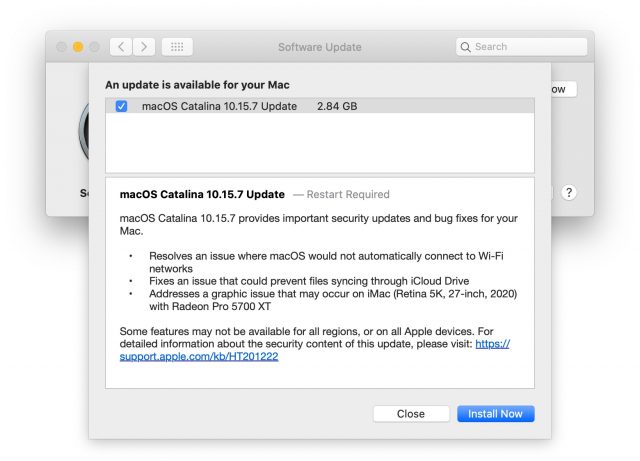 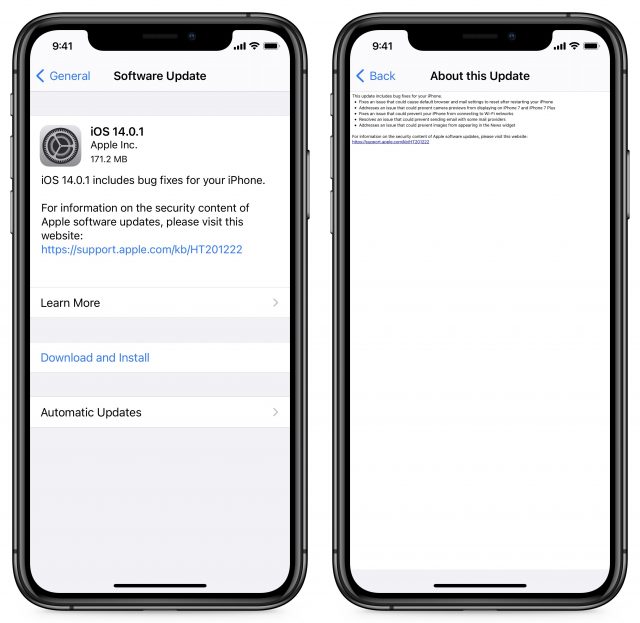 Joining iOS 14.0.1 is watchOS 7.0.1, which fixes some payment cards being disabled in Wallet. You can install the 70.7 MB update from the Watch app, under My Watch > General > Software Update. Make sure the watch is charged to at least 50%, connected to the charger, and near the iPhone. It’s usually best to update it at night, although this update’s small size means it shouldn’t take too long. 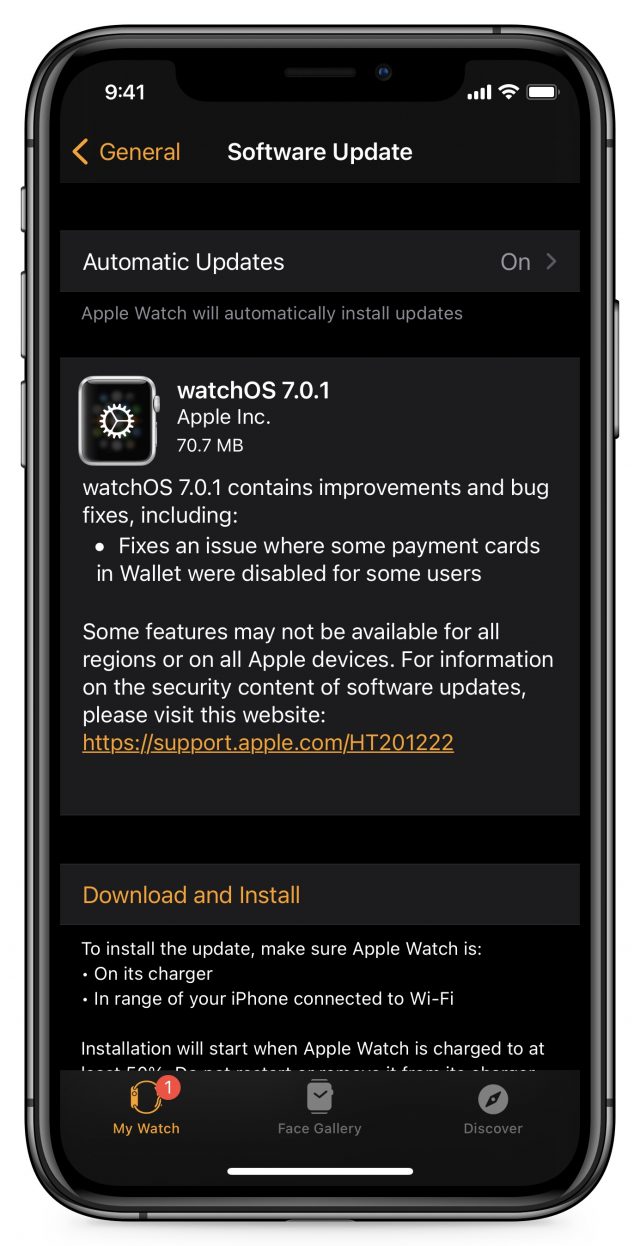 Finally, Apple also quietly pushed out tvOS 14.0.1 with “general performance and stability improvements.” Install it on your Apple TV HD or Apple TV 4K in Settings > System > Software Updates, or just let it install on its own sometime if you’re not noticing any problems. (There had been some complaints about tvOS not recognizing the Siri Remote.)

Outside of the four security issues addressed in macOS 10.15.7, none of these updates has published CVE security notes.

If you’ve already installed the major updates and you’re experiencing any of these issues, you should update right away. Otherwise, it’s worth waiting a day or two to see if any unexpected side effects crop up. If you’re still on iOS 13, iPadOS 13, watchOS 6, or tvOS 13, we recommend holding out for another few weeks to let things continue to settle down and so developers can release updated versions of their apps.