It’s not uncommon to see reports of poor battery life after an update to one of Apple’s mobile operating systems. In most cases, those problems die down on their own after the device in question clears its caches or finishes rebuilding indexes. Or, sometimes a restart is necessary to fix the problem. In the most extreme situations, erasing the device and restoring it from backup (or unpairing and repairing, in the case of an Apple Watch) may make the difference. If you find yourself in such a situation, wait a few days to see if the battery life recovers, and if not, try the restart and reset procedures. 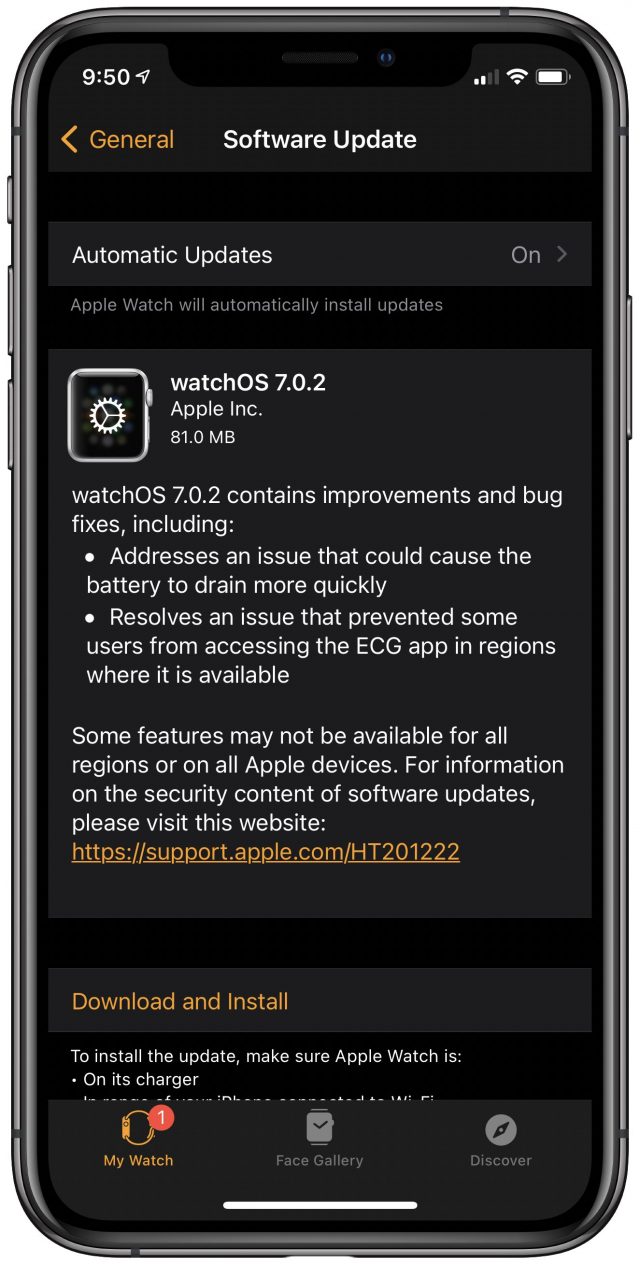 Sometimes, however, the update is itself responsible for batteries draining more quickly than they should. That appears to be the case with watchOS 7. Apple has now released watchOS 7.0.2 to fix a bug “that could cause the battery to drain more quickly,” along with another problem that prevented some users from accessing the ECG app in regions where it should be available. watchOS 7.0.2 doesn’t include any security fixes with published CVE entries, and no other Apple operating systems received updates.

If you’re not experiencing problems with battery drain or accessing the ECG app, feel free to delay installing this update until it’s convenient in the next week or so.

Apple’s release notes say nothing about missing Workout GPS routes or Health data, but a separate Apple support article suggests a fix if you’re not seeing data that should be there after updating to iOS 14 and watchOS 7. The fix isn’t difficult, but it will be time-consuming—one TidBITS reader suffering from this problem reported that it took about 90 minutes. You’ll need to unpair your Apple Watch, make an iCloud backup of your iPhone, erase all content and settings from the iPhone, and restore both the iPhone and the Apple Watch from backup.