Many people feel that the most interesting new technology in the iPhone 12 is the new MagSafe charging and accessory attachment system, but early experiences are revealing some annoying gotchas. Before we get into those, let’s clarify exactly what MagSafe is.

Most TidBITS readers look back with fondness on Apple’s original MagSafe system, which used magnets to attach the power connector to an Apple notebook computer. It was easier to attach than any other connection method, and if you pulled the cord too hard or tripped over it, it would harmlessly break away from the computer without dragging it off the table. The original MagSafe was brilliant, and Apple’s switch to the USB-C connector type for charging, for all its other benefits, is a major step backward in user experience.

Apart from its use of magnets, the new MagSafe is a very different beast. While the old MagSafe was a wired connection with magnetic attachment and reinforcement, the new MagSafe is entirely “wireless.” It’s based on the Qi “wireless charging” standard. (I keep putting “wireless” in quotes because there are still wires involved; it’s just that there are no wires between the charger and the iPhone.)

A nagging problem with Qi charging is it requires precise placement of a device on a charging pad, and any little nudge can stop charging. Apple initially sought to address this concern with its AirPower charging mat, which would have let you place an iPhone, Apple Watch, or AirPods case anywhere on the mat. However, AirPower was eventually nixed, reportedly due to overheating concerns (see “Apple Cancels AirPower, Can’t Take the Heat,” 29 March 2019).

MagSafe is Apple’s Plan B solution. Instead of developing a mat that wasn’t concerned about positioning, MagSafe instead employs magnets, so your iPhone snaps precisely onto the charger every time and stays there.

That magnetic attachment allows for other interesting possibilities, like magnetically attached accessories. Apple is selling a leather wallet that attaches to the back of the iPhone 12, and accessory makers are producing things like car mounts.

However, that magnetic attachment isn’t without its issues.

MagSafe Magnets: Too Much and Not Enough

There’s a key difference between the new MagSafe and the old one. While MagSafe on the Mac was designed to detach easily and safely from the computer if you pulled the cable, the new MagSafe is designed to stay firmly attached. John Gruber of Daring Fireball explained in his review:

It sticks to the iPhone, so if you just pick up the iPhone while it’s charging, the MagSafe puck stays attached. It’s best thought of as a magnetic replacement for a Lightning cable, not a magnetic charging pad.

This isn’t necessarily a bad thing. For instance, you can keep the MagSafe puck attached to the back of the iPhone while using it. And a strong connection is a must for accessory attachments. But it’s a curious change in direction from the original purpose of MagSafe.

Unfortunately, while MagSafe is strong enough to drag your iPhone off the table if your cat plays with the cable, it may not always be strong enough to keep attachments connected. The Wall Street Journal’s Joanna Stern found that the iPhone wallet detached from the iPhone when she put the pair in her pocket.

For that reason, Gruber is skeptical of MagSafe car mounts:

A lot of people are wondering about car mounts: are the magnets alone strong enough to hold an iPhone? Based on the MagSafe charging puck, I’d say no, at least not if you occasionally hit Philly-quality potholes. But maybe a car mount can and will use stronger magnets. My guess is that car mounts will combine MagSafe with some sort of clip or cup.

So a MagSafe connection may be strong enough to pull the iPhone to the floor if something snags the charger’s cable, but not strong enough to hold onto accessories as well as would be ideal. But how does it compare on charging speed with a wired connection?

The most the iPhone 12 can pull from a MagSafe Charger is 15 watts (and the iPhone 12 mini can reportedly only extract 12 watts). That’s twice as fast as Qi charging’s max of 7.5 watts with Apple devices, but less than the 18 watts of power in the iPhone 11 Pro’s included power adapter. Factor in the inefficiency of wireless charging, and you’re looking at dramatically slower charging speeds.

Tom’s Guide ran some tests using Apple’s new 20-watt charger. With a Lightning connection, they charged an empty iPhone 12 to 57% after 30 minutes, but the same 30 minutes of charging with MagSafe brought the empty iPhone 12 only up to 32%.

Worse, you’ll only see charging speeds that fast if you use Apple’s official 20-watt charger. YouTuber Aaron Zollo found that he could achieve 15-watt charging only with the Apple charger. It’s not a matter of raw wattage: Apple’s MagSafe Charger coupled with the company’s 96-watt MacBook Pro power adapter provided just 10 watts to the iPhone 12, and an Aukey 65-watt power adapter delivered only up to 9 watts.

No, it’s not a conspiracy on Apple’s part to sell more power adapters. The problem is that power adapters need to support the USB Power Delivery 3.0 standard to enable the MagSafe Charger to deliver the full 15-watt output. If you’re shopping for a third-party power adapter, it needs to put out 9 volts and 2.22 amps. However, few power adapters on the market currently support that standard.

Zollo also found that MagSafe throttles charging based on temperature. If the iPhone gets warm, it cuts the power draw back to 10 watts. He also recommends charging without a case to avoid throttling. Apple’s own MagSafe documentation says:

That inefficiency makes for both slower charging speeds and a tremendous waste of electricity. Eric Ravenscraft ran some tests and found that Qi wireless charging uses an average of 47% more power than a cable. It remains to be seen how MagSafe compares to regular Qi charging, but while it’s likely that MagSafe is a bit more efficient, there’s still a lot of wattage dissipating into thin air. That’s not a big deal for one phone, but at the scale of millions of iPhones? “If everyone in the world switched to wireless charging, it would have a measurable impact on the global power grid,” Ravenscraft said. It’s odd that Apple would shift to inefficient wireless charging while simultaneously placing such emphasis on the environment (see “Read Apple’s 2020 Environmental Progress Report,” 24 August 2020).

Want to Try MagSafe? Get Your Apple Card Ready

Unfortunately, almost nothing associated with MagSafe comes in the box. Apple said it’s removing power adapters (and wired earbuds) from the iPhone box for the sake of the environment, under the assumption that pretty much everyone already has a power adapter. That may be true (and we certainly have plenty), but, unfortunately, the cable that Apple included in the box is Lightning-to-USB-C. Most iPhone users probably don’t have a USB-C power adapter lying around.

Apple’s MagSafe Charger will set you back another $39, and as mentioned above, you need the $19 20-watt power adapter to get the most out of it, raising the total cost to $58.

Apple will also sell the MagSafe Duo Charger, which can charge both an iPhone 12 and an Apple Watch for a steep $129.

But Watch Out for Your Apple Card!

Don’t place credit cards, security badges, passports, or key fobs between your iPhone and MagSafe Charger, because this might damage magnetic strips or RFID chips in those items. If you have a case that holds any of these sensitive items, remove them before charging or make sure that they aren’t between the back of your device and the charger.

That said, the product page for the iPhone Leather Wallet says, “The leather wallet is shielded so it’s safe for credit cards.”

Apple is probably just being overly cautious here, so I doubt mag-stripe erasure is likely as long as you don’t stick your bare credit card between the iPhone and the MagSafe Charger. But it’s worth being careful, nonetheless.

Finally, before you buy that iPhone wallet, be aware that the MagSafe Charger could make a bad impression. Apple’s documentation says:

If you keep your iPhone in a leather case while charging with your MagSafe Charger, the case might show circular imprints from compression of the leather. This is normal, but if you’re concerned about this, we suggest using a non-leather case.

Personally, I would consider a circular impression to be a natural consequence of using the MagSafe Charger with a leather case, but it’s something to be aware of before you splurge. 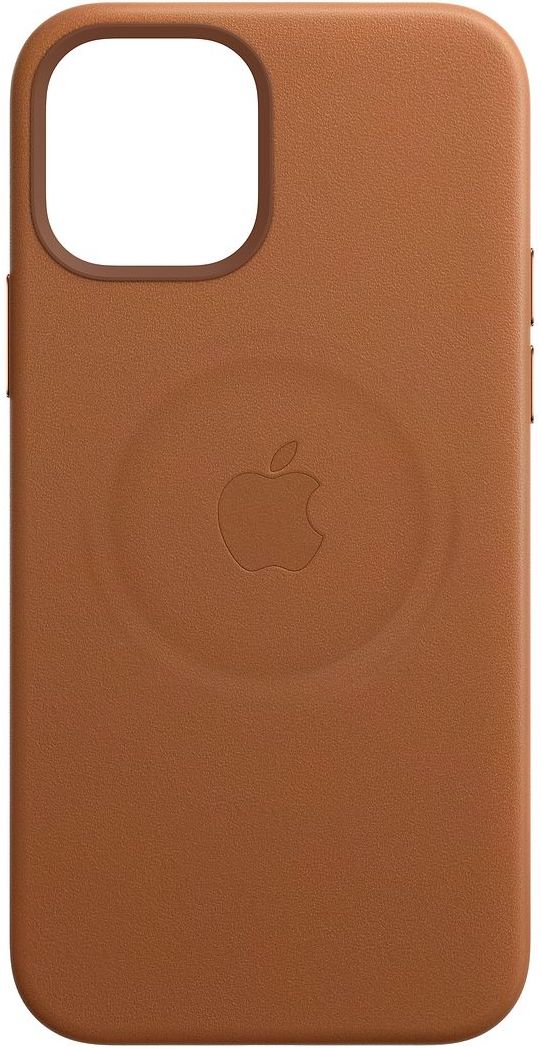 MagSafe is an undeniably cool technology, but it’s far from perfect. It charges slower than a Lightning cable and is almost as inconvenient. It attaches accessories, though perhaps not especially well. And those accessories aren’t cheap.

Many have speculated that MagSafe will replace the Lightning port in future iPhones. Lightning has its issues, but we’d like to see MagSafe wasting less power and be certain it will provide the right amount of magnetic strength with accessories before Apple gives up on a tried-and-true cable technology.

Comments About MagSafe Is Cool, but Is It Worth the Trade-Offs?