Despite titling its M1 Mac announcement “One More Thing,” it turns out that Apple had one last thing up its sleeve for 2020: the AirPods Max, new over-ear headphones that expand the AirPods product line beyond earbuds. While the AirPods Max are an intriguing product, sit down before you see the price: $549. They are available to order now. 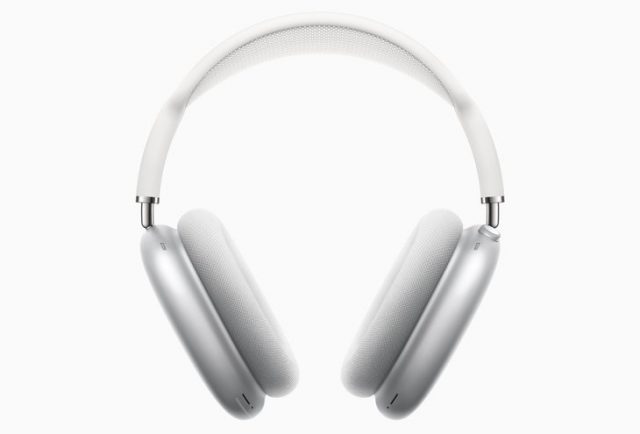 The AirPods Max feature a pair of Apple’s H1 chips, the same custom silicon that powers the second-generation AirPods, the AirPods Pro, and various Beats headphones. As such, the AirPods Max include all the features of the AirPods Pro, including Active Noise Cancellation with Transparency mode, Adaptive EQ, spatial audio, and automatic switching between devices running the latest Apple operating systems.

Like other AirPods, the AirPods Max are based on Bluetooth with the usual Apple flourishes. You can also connect them directly, but that requires a $35 Lightning to 3.5mm audio cable. Unfortunately, the cable comes in only white or black, neither of which matches the available AirPods Max colors: silver, space gray, sky blue, pink, and green.

An interesting inclusion is the Digital Crown, just like on the Apple Watch. With it, you can control the volume, play and pause audio, skip music tracks, respond to phone calls, and invoke Siri. They also include a noise control button to switch between Active Noise Cancellation and Transparency mode.

Apple demonstrates how the various buttons work in an announcement video.

The AirPods Max offer the sort of design touches you’ve come to expect from Apple. Each ear cup is magnetically attached and features independent articulation that is designed to allow it to remain in place without shifting around on your head. Just as with the AirPods and AirPods Pro, the AirPods Max can detect when they’re on your head using optical and position sensors.

They’re also packed with sensors. Each ear cup has an optical sensor, a position sensor, a case detection sensor, and an accelerometer. The left ear cup also has a gyroscope. Those sensors allow things like dynamic head tracking with the spatial audio feature for immersive sound.

The flexible headband is largely composed of a breathable mesh, so your head doesn’t get sweaty. The ear cup material may look familiar: it appears to be the same mesh used in the HomePod. The outer cup is aluminum, and the headband frame is made from stainless steel. You can buy replacement ear cup cushions for $69 each.

For charging, Apple includes a Lightning to USB-C cable but doesn’t bundle a USB-C power adapter. You can also use a Lightning to USB-A cable with one of the many USB-A power adapters most of us have lying around. Apple also included a soft case called the Smart Case, which Apple says puts the AirPods Max in an “ultralow power state” to help preserve the battery. Unlike other AirPods, the AirPods Max do not charge through a case. Apple claims up to 20 hours of battery life and says that just 5 minutes of charging will get you 90 minutes of use.

The AirPods Max certainly seem impressive, but the $549 price tag makes them more expensive than a pair of HomePods (which regularly sell for $250) or five HomePod minis (which list for a mere $99). While serious audiophiles may spend thousands of dollars on headphones, they have exacting standards that Apple may be hard-pressed to meet. Who will shell out $549 for Bluetooth headphones? But as is often the case with Apple products, the answer may be: more people than you might imagine. Already, the AirPods Max are backordered for up to 14 weeks.

Comments About Apple’s One Last Thing for 2020: AirPods Max