[Although Tonya and I counted John Baxter among our tech friends when we lived in Seattle, and we continued to correspond with him after we returned to Ithaca in 2001, long-time TidBITS author Geoff Duncan knew John much better. -Adam] 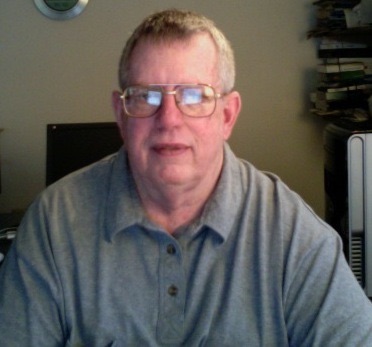 John W. Baxter, a long-time member of the TidBITS and broader Apple communities, died from heart disease on 4 October 2020. He was 81. TidBITS doesn’t often note the passings of community members, but John was and remains an exception to most rules.

An intensely private man, John was one of the old guard of personal computing: he started in the Apple universe on the Apple II after cutting his teeth on early mainframe systems. In 1989, he moved from Southern California to Washington and became active in the Seattle-area Apple user group dBUG. Through dBUG, John became a regular at the “TidBITS Shindigs” Adam and Tonya hosted every month at their home. That’s how I met him, when we had an unexpected conversation about NCR 390 emulators that segued into radio telemetry and stashing instructions in extra bytes of Apple II video memory. I was surprised that anyone in the early-90s Mac universe cared about that stuff—we were all about silly fonts and icons, right?—and John was probably equally surprised that some long-haired kid knew anything about it.

John was roughly 30 years my senior, so I never pried much, but I know he went to MIT on a full scholarship: perhaps unsurprising, as his parents worked at Caltech and JPL, and his mother was one of the first American women to earn a Ph.D. in mathematics.

By his own admission, John spent “perhaps a little too much” of his time at MIT in the cafes and coffeehouses birthing the 1960s folk revival. I’ve been a musician longer than I’ve been a tech person, so I enjoyed prying stories out of him about Jackie Washington, Joan Baez, Taj Mahal, Judy Collins, Pete Seeger, Reverend Gary Davis, and others. Sometimes John just magically appeared at shows I was playing. I don’t know how he found out about many of them, but that was my experience with John: you never quite knew where he’d turn up, whether on TidBITS Talk (much more frequently in the forum’s earlier incarnations), a discussion list for Unix server software, tweets about earthquakes and seismographs, or a flurry of messages puzzling over Xcode and email protocols. One of my favorite memories of John is him looking more-than-slightly uncomfortable in a bar while a few of us blasted out something that would eventually be called psychobilly. I introduced him to the crowd and got a smile out of him.

Some years ago, John “retired” to Port Ludlow, Washington, but he continued to work for a regional ISP/hosting provider, handling server and in-house operations. He wasn’t one to name-drop, but he’d sometimes mention refereeing a basketball game with Vannevar Bush during his MIT days. Among many other things, Bush anticipated major aspects of the so-called Information Age—go read his 1945 essay “As We May Think.”

The story highlighted not only John’s connections to the foundations of modern computing, but also his love of sports. John didn’t tell many people this, but after MIT, he went to umpire school then worked as a Minor League Baseball umpire for some time—and he also worked as a professional tennis official. John especially liked traveling by train—he even did a stint as an Amtrak conductor—along with sailing. He had his own schooner for many years, and when he sold it, he took it all the way to Hawaii for the new owner.

Rest well, John, and thank you for all your stories and smarts throughout the years. I wish we’d all known you better.

Comments About Friend of TidBITS John Baxter Dies at 81