We’re pleased to welcome back as a long-term sponsor Rogue Amoeba, the quirkily named software company known for its audio utilities. Since its founding in 2002, Rogue Amoeba has become the go-to source for Mac users who need powerful yet easy-to-use apps for wide-ranging audio needs. For instance, Rogue Amoeba’s apps can help you:

Back when we used to record audio versions of TidBITS articles, we happily used Audio Hijack to record and cleaned up each recording in Fission. Nowadays, I rely on SoundSource to manage the volume for my various audio devices as I hop between Music, Brave, Zoom, and Skype. Aside from the fact that all of the Rogue Amoeba apps have worked flawlessly, they’re also notable for their excellent and attractive interfaces. 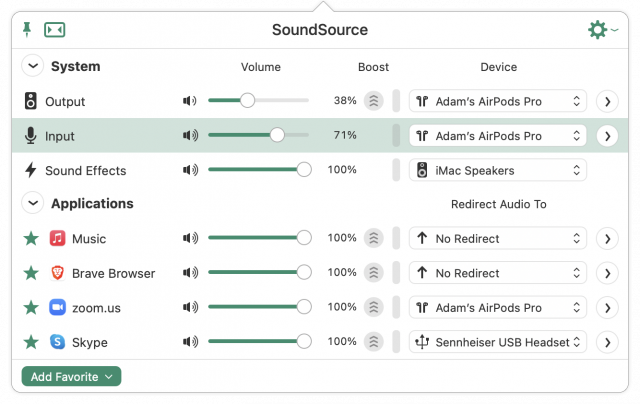 Rogue Amoeba has been on a roll in the past year as more Mac users found they needed to up their audio game while working, studying, and performing from home. If that describes you, I encourage you to check out Rogue Amoeba’s apps. Note that TidBITS members can save 20% on all of Rogue Amoeba’s apps—yet another reason to choose them for your audio needs!