I knew the honeymoon with my AirPods was ending when I discovered I could watch only part of a movie before I had to pause and recharge the wireless earbuds. To be fair, that honeymoon lasted three years, so I can’t complain much that a pair of minuscule rechargeable batteries would no longer hold a charge after nearly daily use over that time.

Everything else about the AirPods worked fine, but with the battery lasting 30 minutes or less, there wasn’t much point in using them.

I had assumed the AirPods would join my old iSight camera in the Drawer of Dead Tech until I learned about Podswap, a women-owned business that refurbishes old AirPods with new batteries and sells them for less than a new set. Since I was already waiting for a sale on a new pair of AirPods, I decided to try Podswap instead.

Here’s how it works: for $59.99, you order a pair of reconditioned, Apple-genuine AirPods that match the model you own. It’s just the earbuds themselves, not the charger, which you keep. The company doesn’t yet offer swaps for the AirPods Pro but is looking into that for the future. If you lost an AirPod at some point, you can pay $89.99 to return your one straggler and receive a replacement pair. If your AirPods have other issues, such as water damage or audio crackling, that prevent them from being fixed by a battery swap, Podswap can recycle them for you for a $4.99 shipping cost. 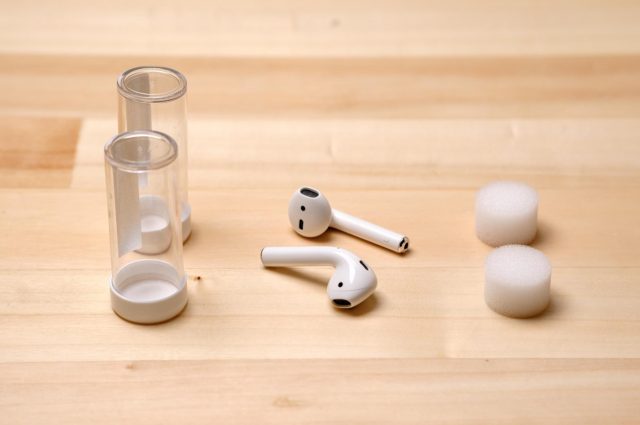 I ordered a replacement pair on 19 March 2021 and, to my surprise, had them in hand mid-day on 22 March. The box was larger than I would have expected from a company that’s touting its service as a way to reduce waste, but it’s going right back to them, and I suspect that size may be easier to ship than a smaller package. 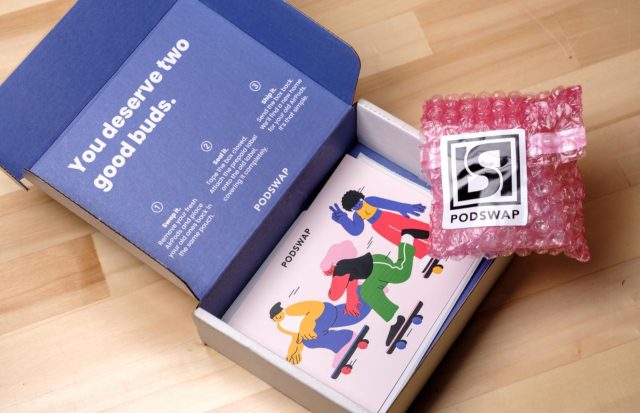 The AirPods themselves were tucked into two bubble wrap pouches and enclosed in plastic-sealed tubes, with barcodes for Podswap’s tracking. 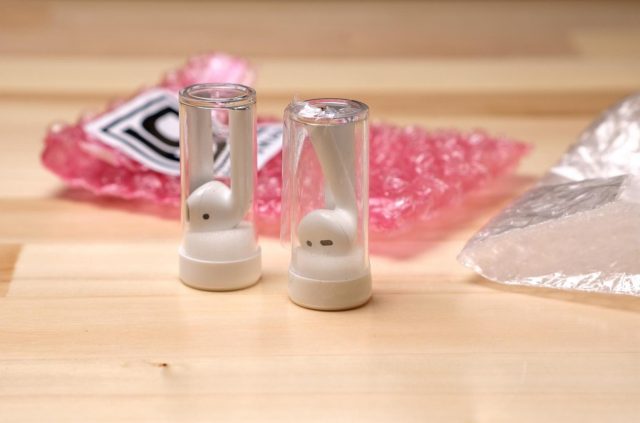 The new AirPods didn’t have much charge to them, so I placed them into my charger case and left them overnight. The delivery notification email from Podswap notes that it “can take 3–4 charging cycles in your case to reach full battery performance.”

Once charged, I paired them to my iPhone and listened to music and podcasts for 3 hours, just like when my AirPods were new, and they still had 70% battery life left.

Once the replacements arrive, you have 5 days to pop your set into the mail using the same packaging with a prepaid label. If you miss that 5-day window, you’ll be charged $49.99.

To be clear, Podswap doesn’t actually recondition and return your particular AirPods—that would take longer and require additional tracking. Instead, you receive someone else’s old pair with a new set of batteries. In writing about the service, iFixIt made a special request to get the same set back to verify the company’s claims that it’s actually replacing batteries and not just swapping units; Podswap made an exception for them. (And yes, the battery swapping involves “specialized equipment and precision robotics,” in a “somewhat automated process.”)

Podswap makes it clear that the set you receive might have minor scratches or wear and tear, but the company also points out that every pair undergoes “ultrasonic micro-removal suction of dirt and organic debris, medical-grade solution treatment, and industrial-grade low temperature sterilization.” In other words, you’re not sharing someone else’s earwax.

Overall, I’m delighted by the Podswap experience and happy I can get new life out of my original investment, even if it requires two different physical units. My ears won’t know the difference, but I’ll appreciate not having to interrupt the next movie I watch.

Comments About Refresh Your Old AirPods with a Podswap