The Apple TV hasn’t gotten a lot of attention in the past few years, but Apple has at long last unveiled the second-generation Apple TV 4K with some high-end features for improving image quality and a (finally!) redesigned Siri Remote. 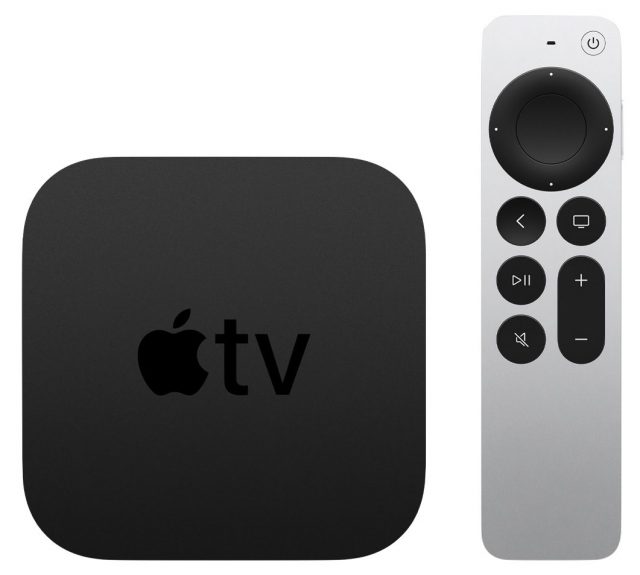 But the big news is the new Siri Remote.

Unlike the first two Siri Remote designs, each button has a distinctive feel so you can identify the buttons by touch. What a concept! It can also be used as a universal remote, thanks to the addition of power and mute buttons. What will Apple think of next?

The new Siri Remote is significantly thicker than the previous one, but Apple missed a major opportunity by not building in Find My support, or at least a dedicated slot to slap in an AirTag. Even regular-sized remotes get lost in couch cushions all the time (a fact acknowledged in the AirTag video), so this exclusion seems like a huge oversight on Apple’s part.

Also missing are an accelerometer and gyroscope, which means that you can’t use the new Siri Remote as a motion controller for certain games. That’s no huge loss, especially with tvOS 14.5 gaining support for the latest Xbox and PlayStation game controllers from Microsoft and Sony.

Bizarrely, Apple has already discontinued all existing SKUs of the Apple TV. You won’t be able to order an Apple TV from Apple until 30 April 2021, and they won’t ship until mid-May.

The good news is that the new Siri Remote is backward-compatible with the Apple TV HD and first-generation Apple TV 4K and will be available by itself for $59 on the same schedule.

The 1080p Apple TV HD will still be available, now bundled with the new Siri Remote for $149.

The new Apple TV 4K will be available in two storage tiers: 32 GB for $179 or 64 GB for $199. As usual, we can’t recommend that most people spend even the extra $20 since it’s only worthwhile if you load a lot of apps or apps with a ton of data.

The pricing still seems awfully high for what you’re getting, but with the Apple TV service being available on most popular TV platforms, no one needs to own one. But the Apple TV has always been an essential ecosystem play for Apple, and as long as Apple sells content you view on a TV, it seems likely that it will be around in some form.