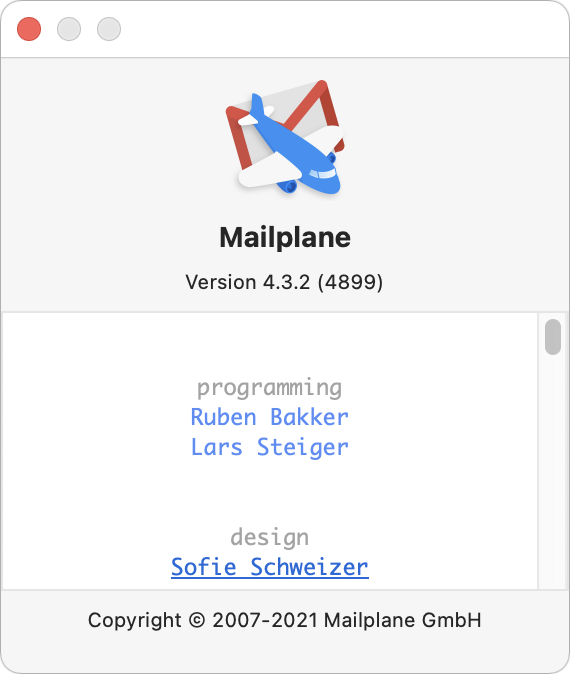 For many years, my preferred way of reading email was through the Gmail-specific client Mailplane. It wraps Gmail’s Web interface in a native Mac app that provides additional features and Mac-native niceties. Although I’ve been using betas of Mimestream recently, whenever I need to do something that Mimestream can’t yet accomplish, I drop back to Mailplane.

Unfortunately, Google has started blocking embedded browsers from its login page in an effort to protect users against man-in-the-middle attacks. For the last 6 months, Mailplane developers Lars Steiger and Ruben Bakker have tried to find an official solution with Google, but without success. Although they have a workaround in place and plan to keep Mailplane running for existing customers as long as possible, there’s no telling how long that will be.

As such, they’ve now announced that they are no longer selling licenses to Mailplane, and anyone who has purchased Mailplane in the last 60 days can contact them for a refund. That must have been a tremendously hard decision to make, and kudos to them for doing the decent thing. I’ve enjoyed corresponding with Lars and Ruben over the years, and they’ve always been highly responsive, aided in part by their customer service system Replies.

Although Mailplane users can keep running the app as long as it continues to work and can always fall back on using Gmail in a Web browser, there may be other options. I have no experience with them, but several other Gmail-specific mail clients work like Mailplane, notably Boxysuite and Kiwi for Gmail. Their developers haven’t commented on the Google authentication problem, so perhaps the apps are architected in such a way as to enable an official solution. Or they’re just not as concerned about unofficial workarounds breaking. Personally, I’ll stick with Mimestream for now. Julio Ojeda-Zapata reviewed it last year in “Mimestream Brings Gmail Features to a Mac Email App” (25 September 2020), but note that it has improved significantly in the intervening months. I can see why—Mimestream’s developer, Neil Jhaveri, has been highly responsive to even my suggestions about subtle user experience changes.