T-Mobile has emerged as an appealing choice in the United States for those seeking decently speedy 5G cellular-data service with good coverage, as I recently noted in “The iPhone Gets 5G, but What’s It Like in Real-World Use?” (19 November 2020).

The carrier’s challenge is to lure users away from cellular giants AT&T and Verizon, each of which commanded greater market share until recently. T-Mobile’s merger with Sprint leveled the playing field last year.

To that end, T-Mobile has been aggressive in offering free “test drives.” In 2014, it lent me an iPhone 5S to try out its service free of charge. This wasn’t a press perk; anyone could borrow one. In recent years, T-Mobile has been sending out Wi-Fi hotspots with free 5G service to potential customers, who are free to pass along the devices to others for their test drives.

In its latest test-drive twist, T-Mobile has offered to let users temporarily use its service for free on recent-model iPhones—the iPhone XS, XS Max, XR, and later—via their eSIM capability.

An eSIM is the entirely digital equivalent of a physical SIM card. Modern iPhones typically incorporate a slot for a physical SIM along with support for an eSIM, meaning the iPhone can juggle service from two carriers. Apple refers to this as Dual SIM capability.

It’s this Dual SIM scenario that T-Mobile is cleverly exploiting to get you to try out its coverage and speeds.

T-Mobile’s Network Test Drive program for the iPhone provides a Test Drive app that will quickly walk you through the steps to activate its service on your iPhone without purging—or affecting in any way—your primary service. It gives you unlimited voice and text with an assigned phone number, along with 30 days or 30 GB of 5G data service—whichever comes first.

To qualify for the Network Test Drive, your iPhone needs to be unlocked, with (obviously) its eSIM feature inactive. After you download it, the Test Drive app checks whether this is the case before proceeding.

Installation moves quickly after that, with no billing information required. The app walks you through just a few steps to set up T-Mobile—designated as “secondary”—alongside the iPhone’s primary carrier.

Some of the setup options may seem confusing, but I think T-Mobile is making wise choices here. It recommends that you leave your primary carrier as the default for outgoing phone calls, text messages, iMessages, and FaceTime calls while specifying the T-Mobile secondary line as the default for cellular data. That way, when you call or message someone, it will come from your usual number, not the temporary number T-Mobile assigned to your eSIM. But for cellular data, the outgoing number is irrelevant, and that’s mostly what you want to test with the T-Mobile network anyway.

Don’t worry too much about the defaults, though, because you can continue to fiddle with cellular settings after the Network Test Drive installation has concluded.

I’ve never had two cellular plans coexisting on my iPhone before—so seeing two signal strength bars at the top left of Control Center was a novelty for me. 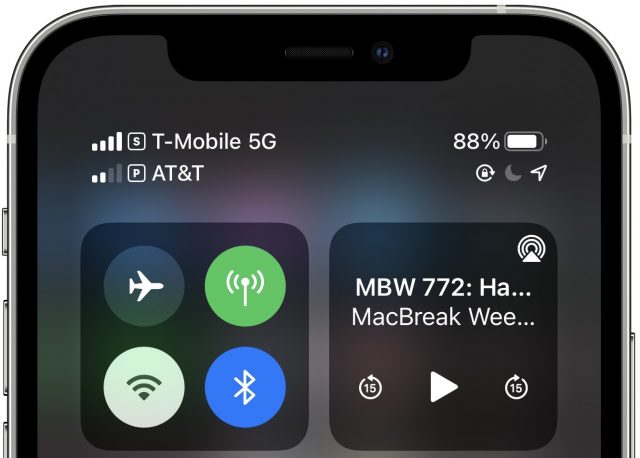 Both accounts are accessible and configurable elsewhere on the phone. In the Phone app, you can choose which line you want to use for outgoing calls. You’ll probably want to make some outgoing calls to friends (warn them ahead of the new number) to evaluate voice quality. 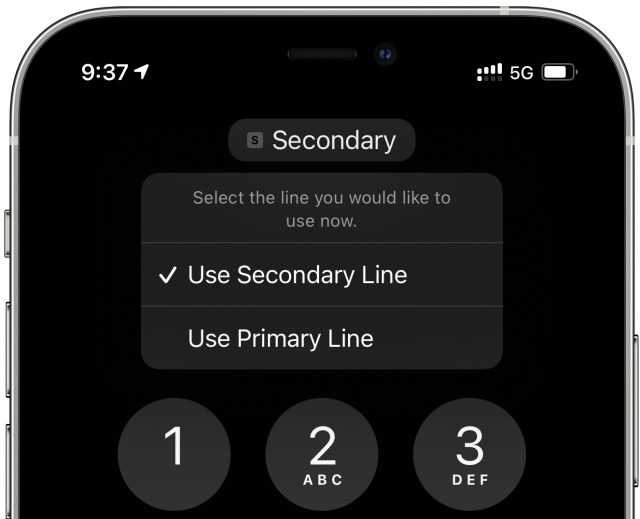 Diving into Settings, you’ll find a bunch of options that will help you get the most out of your test drive. You can: 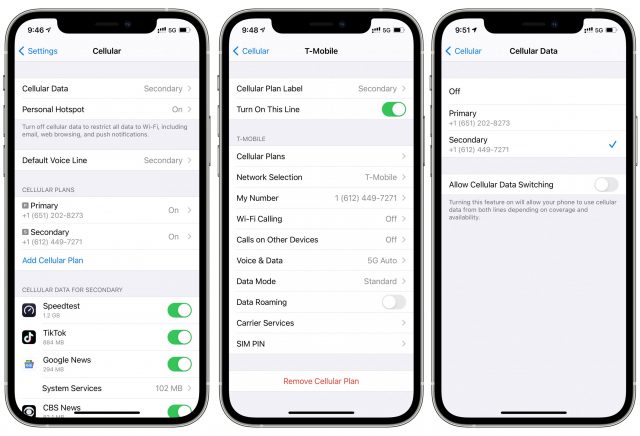 Once you’ve configured all the settings, conduct some speed tests to see how T-Mobile’s data service performs in your area. On an iPhone or iPad, try Ookla’s popular Speedtest app or search Google for “speed test” to try Google’s interactive speed test. 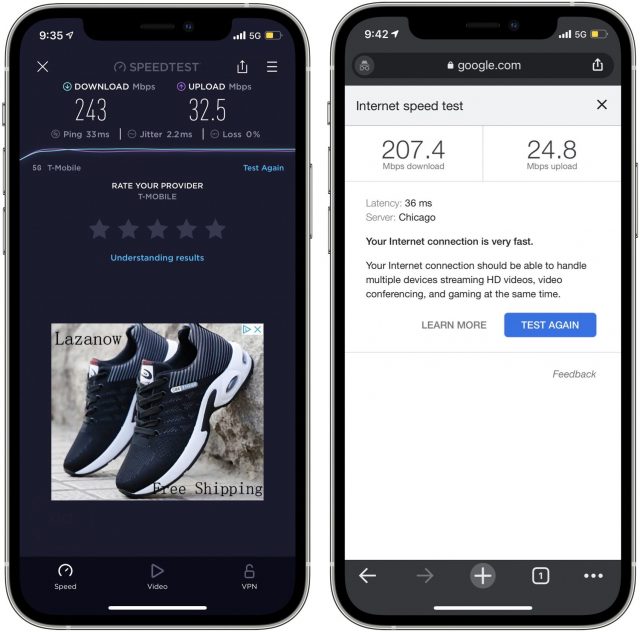 Rise Of The eSIM?

T-Mobile is notable for its “middle-band” service (a byproduct of its Sprint merger) that strikes a balance between coverage and speed. It isn’t as blazingly fast as the high-band service all three US carriers provide, but that’s available only in nooks and crannies of certain cities, while middle-band service has a comparably vast footprint. This gives T-Mobile an advantage—albeit a fleeting one as its rivals snap up spectrum to compete—and it’s pressing it.

This resonates with me. If I were considering switching to T-Mobile, a quick install of the Test Drive app and a few minutes of setup would show me that I could get download speeds above 100 Mbps—sometimes even exceeding 200 Mbps!—at my St. Paul home, or more than double what I get with my Comcast Xfinity wired broadband service. The upload speeds are highly variable but often much faster than my excruciatingly slow single-digit Comcast uploads.

T-Mobile’s Test Drive has implications beyond the company’s market aspirations, particularly where its use of eSIM is concerned. This seems like a clarion call for other carriers to offer similar test drives for those who use iPhones and certain Android phones that support one or more eSIMs.

As T-Mobile notes, in marketing-speak that still rings true, “Almost 90% of people want to try a wireless network before they buy. Yet, wireless is one of the only industries in the world that forces customers to buy before they try.”

Once people realize what an eSIM can do, it might become more popular for other uses. Apple lists some of these:

If eSIM use spikes in the coming years, we may have T-Mobile to thank. I’m sold on using an eSIM as a way of test-driving a wireless network.