It’s no secret that Internet access in the United States isn’t great. There aren’t many choices, especially in rural areas, and ISPs often don’t deliver what they promise. It says something that many tech reviewers trashed SpaceX’s Starlink satellite service, while many of my homesteading and off-grid friends rave about it.

To learn more about the reality of broadband service in this country, Consumer Reports and The Verge are teaming up. You can participate by performing a speed test and uploading a PDF copy of your latest bill. The entire process takes about 7 minutes.

To get started, you need a Consumer Reports login. You’re prompted to create one, but if you’re a past subscriber, you can use that existing login. 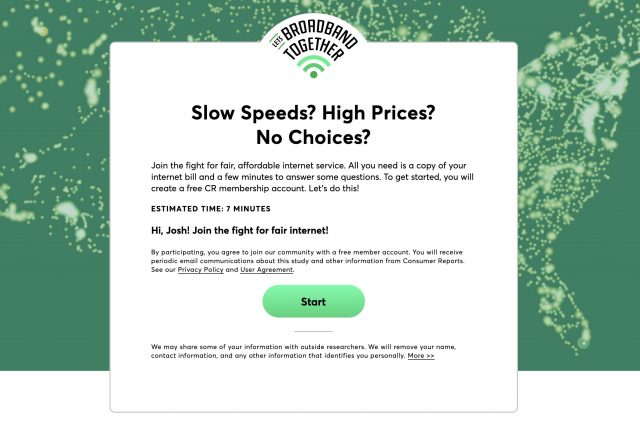 First, the site walks you through performing a speed test. The first one it took for me was unusually slow. Thankfully, it provides a chance to redo the test if it’s not representative of what you normally see, but once you’ve submitted your speed report, you cannot change it. 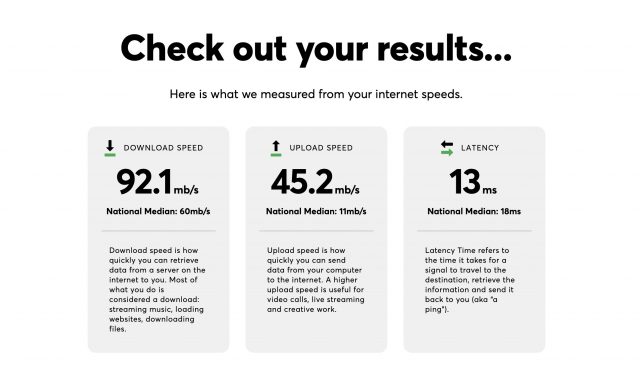 Next, the site asks you to upload a PDF copy of your bill, and it offers instructions on how to obtain that from the most common ISPs like AT&T and Comcast.

I take a bit of issue with how this is done. Consumer Reports says it doesn’t want sensitive information like your name, address, or account number, but redacting PDFs is beyond the skill level of many people. (How many political scandals have broken out over the past decade because someone didn’t properly redact a PDF?) It’s also easy to think you’ve redacted a PDF by visually obscuring sensitive information when the data underneath can still be easily extracted.

Happily, Apple added a built-in redaction tool to Preview in macOS 11 Big Sur. Choose Tools > Redact, and then any text you select will be permanently removed when you save the document.

If you’re not running Big Sur, the best tool for most Mac users is PDFpen, which is available on its own or as part of the Setapp subscription service. Open your bill in PDFpen, make sure you have the Select Text Tool enabled (Tools > Select Text Tool), select the sensitive text, and choose Format > Redact Text — Block. If the text in your bill PDF isn’t selectable as text, you can use Tools > Select Rectangle Tool instead, followed by the Redact Text command.

Once you’ve thoroughly redacted your bill, upload it when prompted. Look carefully because I missed my phone and account number in one spot on my first pass.

Over 15,000 people have already submitted responses, and we’re anxious to see what conclusions Consumer Reports and The Verge draw about the true state of Internet access in this country.