Apple has released iOS 14.7 with support for the soon-to-launch MagSafe Battery Pack, along with support for share credit limits in Apple Card Family. Apple also released watchOS 7.6, HomePod Software 14.7, and tvOS 14.7 with minor updates. It’s surprising that Apple didn’t also release iPadOS 14.7 and macOS 11.5 Big Sur. Still, given that Apple says “details available soon” for the security notes for each of today’s releases, perhaps the others are due shortly.

At the moment, our advice is to wait a week or so and then install these updates. If the security notes reveal that they address vulnerabilities that are being exploited in the wild, we recommend updating sooner, but otherwise, nothing here is earth-shaking.

If you haven’t yet configured Apple Card Family, you can set shared credit limits from the get-go. In the Wallet app, select your Apple Card. Tap the ellipsis in the upper-right corner and then Share My Card. Continue through the prompts until you get to the Sharing Types screen, where you have two options: Become Co-Owners or Add as Participant. If you choose Become Co-Owners, you’ll have to enter your income and go through a credit check to determine your new combined credit limit. 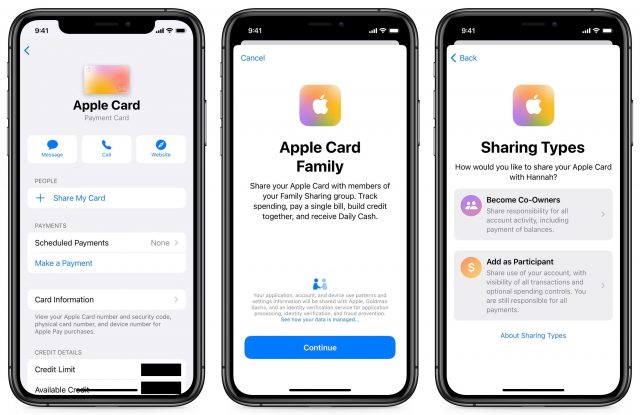 You can now also control HomePod timers in the Home app. To do so, open the Home app and press and hold the HomePod’s tile to open HomePod settings. Scroll down to Timers. There, you can control existing timers or tap New to create a new timer on the HomePod. Over at Six Colors, Dan Moren explains why he thinks Apple didn’t go nearly far enough with improving HomePod timer support. 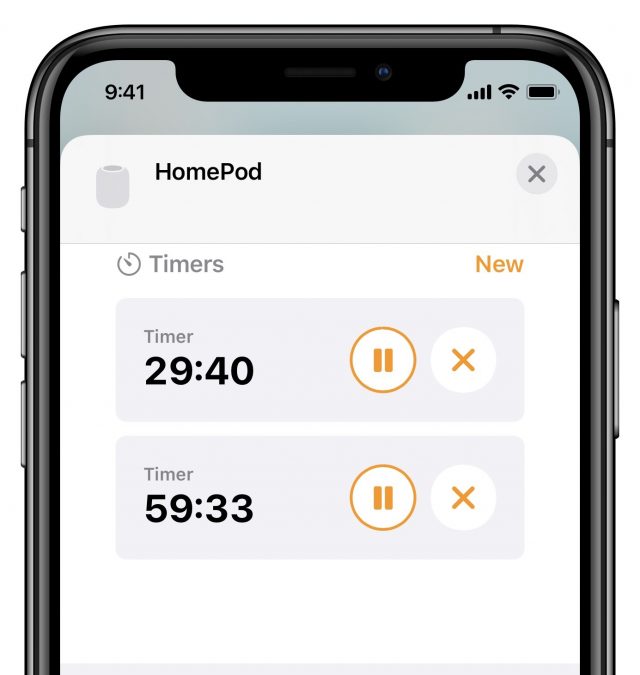 In addition to those new features, iOS 14.7 adds:

Apple didn’t mention the problem with connecting to Wi-Fi networks with certain characters in their names (see “Obscure Bug Could Disable the %p%s%s%s%s%n Wi-Fi on Your iPhone or iPad,” 7 July 2021). We hope Apple fixed it and simply didn’t see fit to call it out.

watchOS 7.6 adds support for the ECG app and irregular heart rhythm notifications in 30 more regions. Support for these features has been trickling out to a country here and a country there, so it’s a little surprising to see 30 regions appear at once. The new ones are mostly island nations and territories, along with some European countries like Andorra, Bulgaria, Estonia, Slovenia, and Ukraine.

The watchOS 7.6 update, 188 MB on an Apple Watch Series 4, can be installed in the Watch app on your iPhone and under My Watch > General > Software Update. Have your watch on its charger and charged to at least 50%.

The HomePod Software 14.7 update adds support for managing timers from the Home app on an iPhone or iPad. The update is 467.7 MB.

To install it, open the Home app, and if an Update Available button appears, tap it. Otherwise, touch and hold the HomePod tile, tap the gear icon to display the settings, and then tap Update near the top of the screen. Left to its own devices, the HomePod should update itself as well.

Finally, Apple also quietly pushed out tvOS 14.7 with “general performance and stability improvements.” Install it on your Apple TV HD or Apple TV 4K in Settings > System > Software Updates, or just let it install on its own sometime if you’re not noticing any problems.

Comments About iOS 14.7 Adds Support for the MagSafe Battery Pack