Are there times when you have various possible Internet connections—Wi-Fi, DSL, satellite, cellular—none of which are particularly fast or reliable? That isn’t a problem I have these days, so I haven’t tested Speedify, but I find it a sufficiently compelling idea that I wanted to mention it briefly. 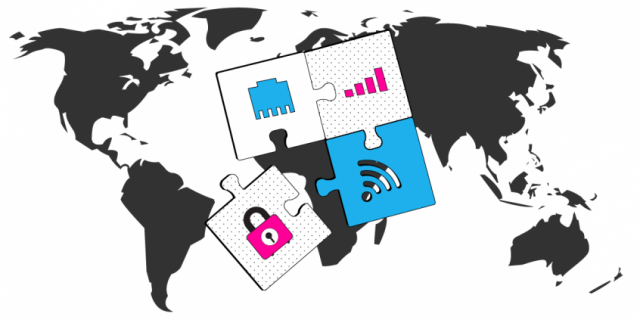 I could imagine Speedify being useful for people who live in rural areas with dodgy DSL, spotty satellite, and sketchy cellular. Even if none of those connections work well all the time, they could be fine together. Then there are those who regularly commute on trains and might benefit from bonding the train Wi-Fi with a cellular connection to participate in video calls while on the move. Other travelers could benefit from supplementing an overwhelmed hotel or conference Internet connection with a cellular connection. With standalone cellular modems—some of these scenarios require additional hardware—you could even bond cellular connections from two different carriers. The upshot is that if you’re willing to pay for multiple accounts, Speedify might be the best way to get faster, more reliable Internet access.

Speedify apps are available for Mac, iOS, Windows, Android, and Linux. There’s a 30-day free trial, after which unlimited data plans start at $4.99 per month for a 3-year commitment. A month-by-month plan costs $14.99 per month, or you can split the difference with a 1-year commitment for $7.49 per month. It works on up to five devices simultaneously, and there are also family plans that offer up to five accounts. 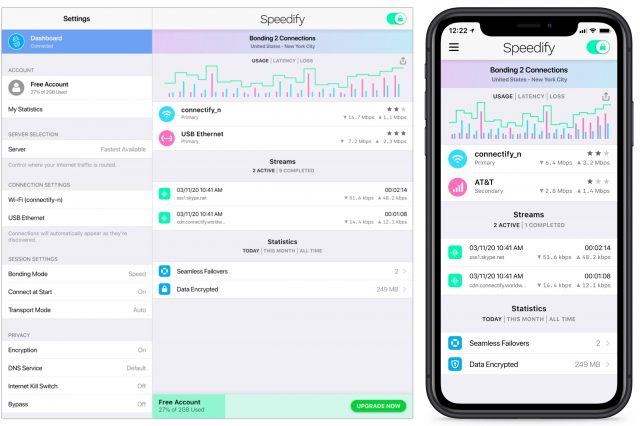 If you give Speedify a try, let us know how you’re using it and how it works for you in the comments!