Today is the day. Apple has released iOS 15, iPadOS 15, watchOS 8, and tvOS 15. Apple’s servers will probably be slammed with all the traffic, and there may be first-day bugs. If you’re the sort who installs new operating systems right away, go ahead—the betas have been stable—but we recommend that most people wait at least a week or two. If you’re particularly upgrade-shy, Apple is finally allowing users to stick with iOS 14 and iPadOS 14, which will continue to receive security updates. Nevertheless, we always recommend upgrading eventually, when it’s convenient and sensible for you (see “Why You Should Upgrade (On Your Own Terms),” 4 September 2015).

iOS 15 and iPadOS 15 offer a slew of new features. Here are the highlights:

iOS 15 and iPadOS 15 support the same devices as iOS 14 and iPadOS 14, meaning everything back to 2015’s iPhone 6s and 2014’s iPad Air 2. Kudos to Apple for continuing to keep these older devices on the train. However, some features require newer devices, specifically the A12 Bionic processor or later. See “The Real System Requirements for Apple’s 2021 Operating Systems” (11 June 2021) for details on those.

My new book, Take Control of iOS 15 and iPadOS 15, covers these topics in detail, and we have articles planned to go in-depth on what we consider to be the most interesting features of iOS 15 and iPadOS 15 in the coming weeks. I’ve been running these betas all summer, and they’ve been very stable for me. Nor have I heard about major problems from other beta testers. However, there could be subtle but problematic bugs that won’t become obvious until these operating systems are running on millions of devices.

Apple decided to delay some promised features for later releases:

You can install iOS 15 and iPadOS 15 in Settings > General > Software Update—you’ll likely need to tap Upgrade to iOS 15 at the bottom of the screen. On an iPhone 11 Pro, iOS 15 clocks in at 3.24 GB. On an old iPad Air 2, iPadOS 15 is only 2.43 GB, perhaps because it doesn’t include code for unsupported features. 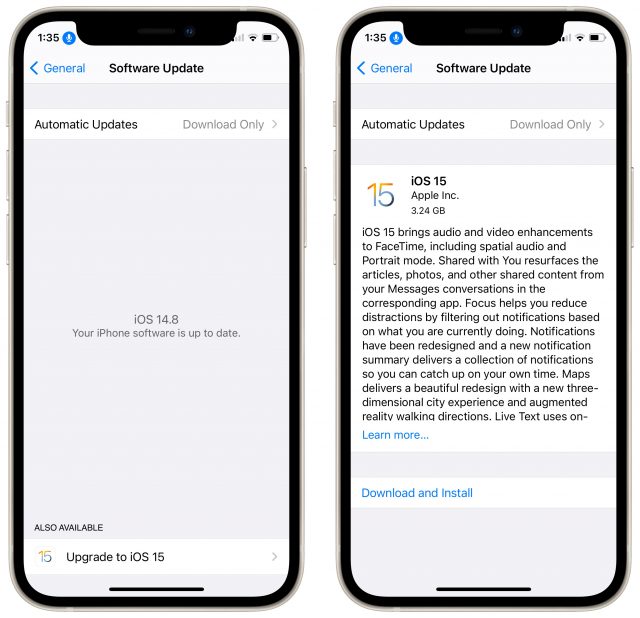 The watchOS 8 update isn’t quite as exciting as iOS 15, but it still includes many nice improvements: 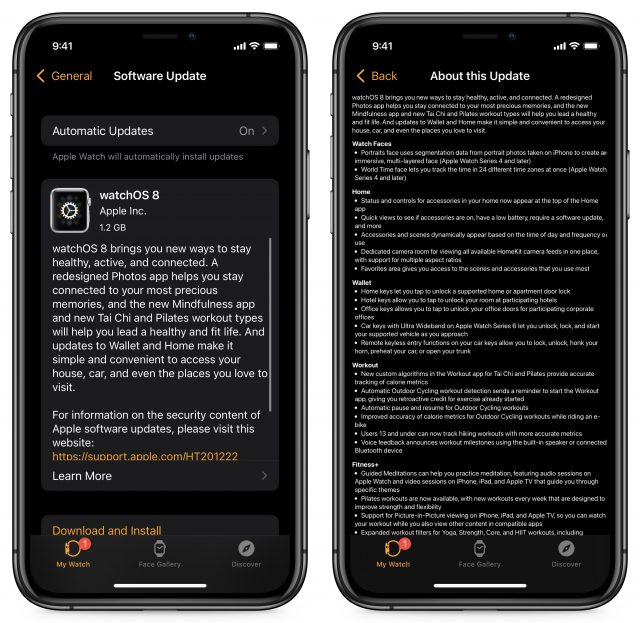 To install the update, which was 1.2 GB for an Apple Watch Series 4, open the Watch app on your iPhone and go to My Watch > General > Software Update. Remember that the download will take a while, after which the iPhone has to transfer the update to your Apple Watch through Bluetooth, which can take a couple of hours. Then, to install the update, the Apple Watch must have at least 50% charge and be connected to a charger. We recommend performing the upgrade at night.

As usual, tvOS 15 didn’t get as much attention as the higher-profile operating systems. Apple delayed its main feature, SharePlay, for a future release. However, there are still a few welcome changes in tvOS 15:

Finally, Apple quietly released HomePod Software Version 15. In what seems like a slight change in iOS 15’s version of the Home app, an icon for Update Downloading appears at the top of the screen. Tapping it reveals more information about the update, revealing what’s new: 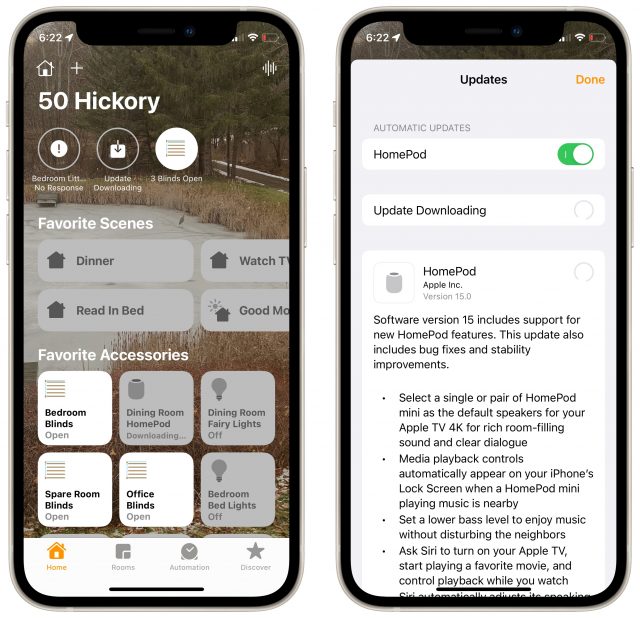