I enjoyed sharing various little bits last week, so here are a few more things that have come over the transom of late. Let me know what you think of these collections in the comments.

Much has been made of the fact that Apple provides only 5 GB of iCloud storage space for free. That isn’t enough to back up and restore most iPhones and iPads at this point. Apple has now responded to that limitation by allowing those who are transferring their data to a new device to create a temporary iCloud backup that exceeds their available space. (Or you could use the Quick Start device-to-device transfer method that John Gruber recommends at Daring Fireball.) 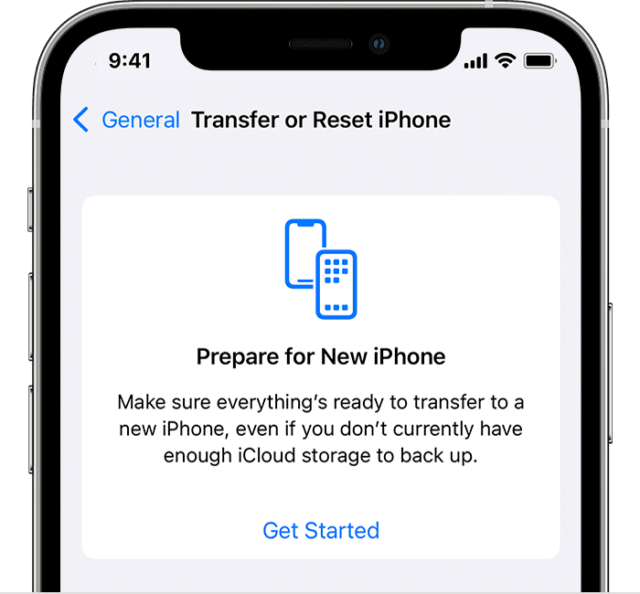 I don’t have an appropriate device or a sufficiently limited iCloud account to test, but Apple says your current device must be running iOS 15 or iPadOS 15. Then go to Settings > General > Transfer or Reset Device. Under Prepare for New Device, tap Get Started, and work your way through the remaining prompts to start the backup.

By default, temporary backups last 21 days, though you can request an additional 21 days (Apple says “open Settings and tap Keep My Backup Longer”). Add those up and you get 42 days, which, as you all know, is the answer to life, the universe, and everything, including temporary iCloud backup longevity. Once you restore your temporary backup, Apple waits 7 days before deleting it permanently. Thanks to David Rostenne on TidBITS Talk for tipping me off to this new service.

TidBITS reader David Marriott wrote to me recently to share a curious happenstance. For a few weeks, whenever he went to read a local news website, he’d get an error saying that he couldn’t browse the page because it was restricted. Plus, when he tried to display his COVID-19 vaccination status on a government site, he was logged off immediately. Everything worked fine on his iPad and his wife’s iPhone, so the problem was clearly related to his iPhone.

The mysterious part is that David had never knowingly used Screen Time, and he certainly hadn’t turned on Web Content restrictions. The most likely explanation is that a recent iOS update flipped that bit. I’ve heard of similar things happening over the years, though each report seems unique, and I’ve never been able to find any commonality between them. If anyone who is familiar with the guts of iOS has an explanation for how a particular setting could occasionally get changed in the background for a small number of users, I’m all ears. Of course, it’s also possible that we’re starting to see the emergence of a modern form of iPhone somnambulism.

I recently moved most of our Internet services from one virtual private server at Arcustech to another. Or, rather, Arcustech support and our developer Eli Van Zoeren moved everything—I mostly set up the account and sent trying-to-remain-calm reports about things that weren’t working right.

The main rationale for the server move was that we were using a legacy version of Ubuntu and PHP, and it was time to upgrade. Arcustech’s preferred approach to such upgrades is to spin up a new server, move everything over and test, and then repoint DNS to the new server once everything seems functional. As someone with Unix 101 skills, I do as I’m told by the people supporting me.

We ran into a few hiccups along the way, in part because it was hard to test for real until we had repointed DNS and were sending email normally again. Arcustech support and Eli were able to fix most problems quickly as they cropped up. The most concerning hiccup came one Monday night when Josh and I realized that our weekly issue wasn’t sending. Eli and I went back and forth a few times on different possible solutions, none of which succeeded until he upgraded the Sendy software that manages our email distribution between WordPress and Amazon SES.

If you notice anything not working on our site, let me know.

Matt Neuburg has just released version 2.5 of his free TidBITS News app, which provides a native app interface to reading TidBITS on an iPhone or iPad. Along with updating it for iOS 15, Matt made only two small changes:

That’s it for this week, but again, please let me know in the comments if you’re finding these informal reports interesting and useful.