Apple’s developers are apparently hard at work pushing out small bug fixes before leaving town for the Thanksgiving holiday. Hot on the heels of iOS 15.1.1 (see “iOS 15.1.1 Prevents Dropped Calls on iPhone 12 and iPhone 13,” 17 November 2021), the company has released watchOS 8.1.1 to fix charging issues on the Apple Watch Series 7. Like iOS 15.1.1, watchOS 8.1.1 has no security fixes, although its entry on the Apple Security Updates page suggests that it applies only to the cellular model of the Apple Watch Series 7, a fact backed up by our commenters. 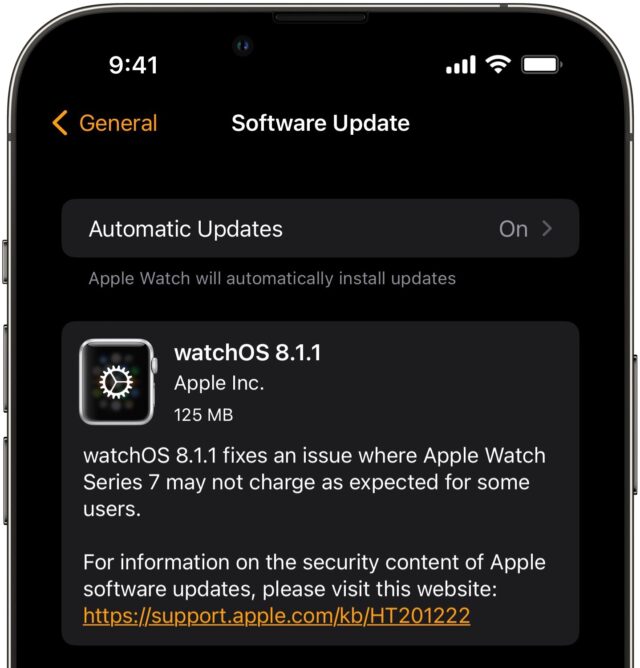 If you have a cellular Apple Watch Series 7, you can install the 125 MB update in the Watch app in Settings > General > Software Update. To install the update, the Apple Watch must be on a charger and have at least a 50% charge. We recommend updating right away in case the charging problems crop up and make it difficult to update later on.