Finally, something normal in the news! Apple has officially announced its much-rumored event for 8 March 2022 at 10 AM PST. As has become the custom, you’ll be able to stream the event on Apple’s website or through the Apple TV app. You can also add the event to your calendar. 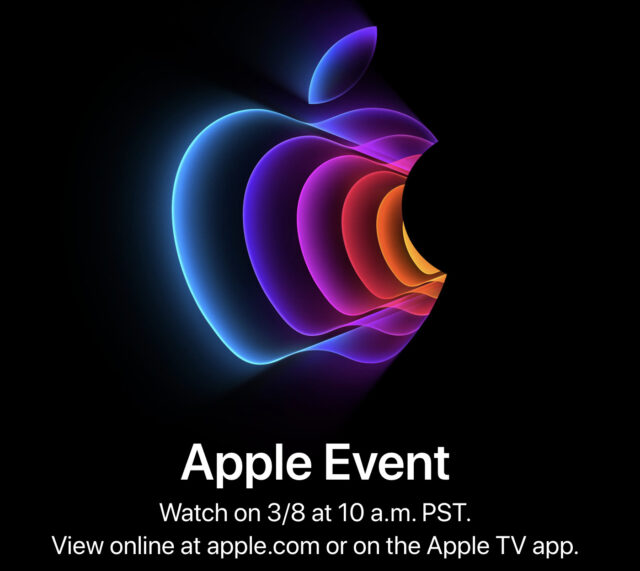 Bloomberg’s Mark Gurman correctly predicted this event, and he suggests we can expect:

Apple plans to announce the 5G iPhone SE and a new iPad Air at an event currently scheduled for March 8th. Apple also plans to release iOS 15.4 in the first half of March. https://t.co/GB3dJOSUw8

Additional Apple silicon Macs will continue to appear throughout 2022. Gurman says to expect an “entry-level MacBook Pro with an M2 chip, an upgraded Mac mini geared toward professionals and a higher-end iMac this year.”

Greg Joswiak, Apple’s Senior Vice President of Marketing, introduced the event  with the phrase “peek performance.” That could be a hint at the first M2-based Mac, offering a glimpse of the future of the M-series chips, plus a reference to the speed of 5G in the iPhone SE and an A15 Bionic chip in the iPad Air.

You can learn about everything Apple announces with us by joining us in the #events channel of our SlackBITS group. To join the group, go to slackbits.herokuapp.com, enter your email address, and agree to the code of conduct. You’ll receive an invitation in email right away.