It’s a good news/bad news week. On the plus side, Apple finally fixed the bug that prevented Mail from following links to named anchors, making our table of contents links clickable again. Sadly, however, we mourn a steadfast friend of TidBITS who was responsible for ensuring that all TidBITS staffers could cover the just-released iPad.

Over six years ago, I wrote about how Apple’s Mail wasn’t honoring named anchors in HTML mail, making the table of contents that prefaces every TidBITS issue no more interactive than plain text (see “Mail in El Capitan and iOS 9 Ignores Named Anchors,” 5 January 2016). I reported it as a bug back then, but Apple’s engineers never prioritized fixing it—until sometime last year. I don’t use Mail, so I didn’t notice until someone mentioned it recently, but the versions of Mail in macOS 12 Monterey and iOS 15 both work properly when you click or tap a link to a named anchor further down in the message. Hallelujah! If you’ve trained yourself to avoid using our table of contents links at the top of the issue because they didn’t work in Mail, give them a try again.

Tempering the pleasure surrounding the Mail fix is the news that a longtime friend of TidBITS and Take Control Books, Eolake Stobblehouse, died suddenly in his home in Manchester, England, last week. 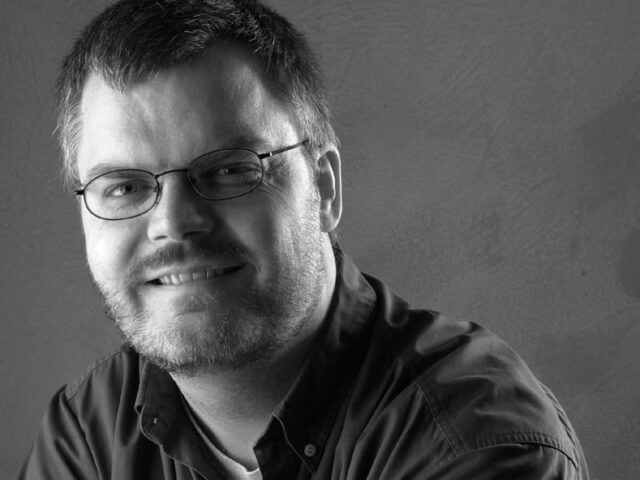 Eolake was an artist, photographer, and writer, and a genuinely thoughtful and inquisitive soul who was always involved in some sort of personal creative expression. As I eventually learned, even his name was of his own creation—when we were troubleshooting an account issue with the Take Control site in 2010, he commented, “When I went to the site, I was already logged in as ‘Frants Nielsen,’ a character I vaguely remember.”

I’ve been corresponding with Eolake about Mac and Internet topics since 1999, and in 2010, he donated $3000 so the entire TidBITS staff could get the original iPads. As I wrote to TidBITS staffers at the time:

He believes the iPad will be an important step in the evolution of computers, and he wants to encourage us to cover it since we have some of the best Mac coverage around. There are no strings attached.

The only strings ever associated with Eolake were those that connected our wide-ranging email conversations—Macs, iPads, Internet business models, health, and more. He’ll be missed.