The iPhone and Linux go together like strawberries and mustard. Apple has no interest in supporting Linux, and most open-source developers aren’t fond of Apple and its proprietary platforms. But some iPhone users also use Linux, and while no one would expect the same tight integration that the iPhone and Mac share, it would at least be nice to exchange the occasional file between devices.

Linux was actually ahead of macOS on smartphone integration, at least on Android. Since 2013, KDE Connect has let Linux users wirelessly share clipboards, notifications, files, URLs, text messages, and more between their Android phones and Linux desktops.

The KDE Connect app is now available for free on the App Store for the iPhone and iPad. Apple’s restrictions make it less functional than the Android version, but it still provides significant integration between your iPhone and Linux desktop. KDE Connect for iOS lets you: 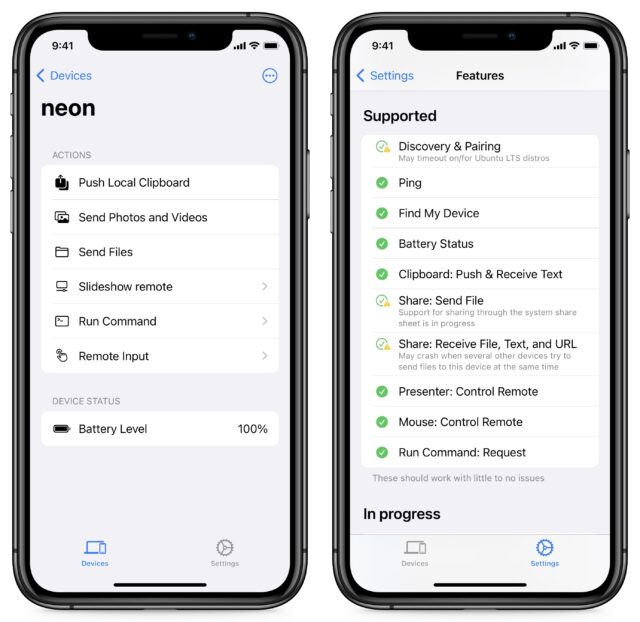 Alas, KDE Connect doesn’t let you send and receive SMS messages through your iPhone on a Linux desktop, something that’s possible with Android phones. Also, the KDE Connect app doesn’t work in the background, which means you have to keep the app open to use it.

I tested KDE Connect on a live version of KDE Neon—a Linux distribution based around KDE—running from a thumb drive. KDE Connect is built into KDE, so connecting to my iPhone 11 Pro was as easy as opening KDE Connect on my laptop and iPhone and clicking Find Devices on the laptop. 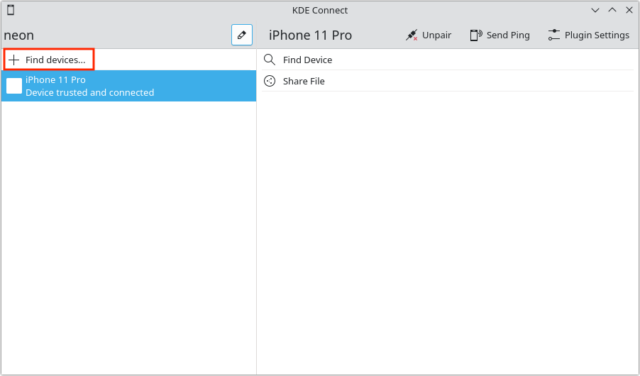 Once connected, I could send files to the iPhone either from the KDE Connect app or directly from the contextual menu in Dolphin, KDE’s equivalent to Finder. 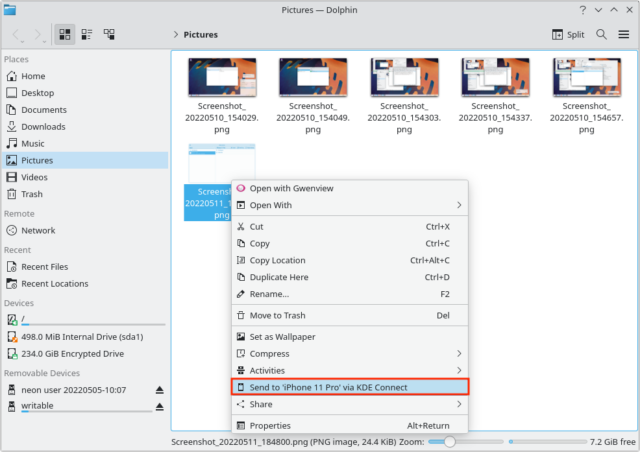 On my normal Linux distribution, Pop!_OS, which runs a customized version of GNOME, I had to do some tinkering to get GSConnect to work. First, I installed GSConnect from the Pop!_Shop (Pop_OS’s app store), which let me connect to the iOS app, but there wasn’t any interface to speak of on the GNOME desktop. I then had to install the GSConnect GNOME extension from the GNOME extensions website, which also required me to install a browser plug-in. After all that, it appeared in GNOME’s menu bar. 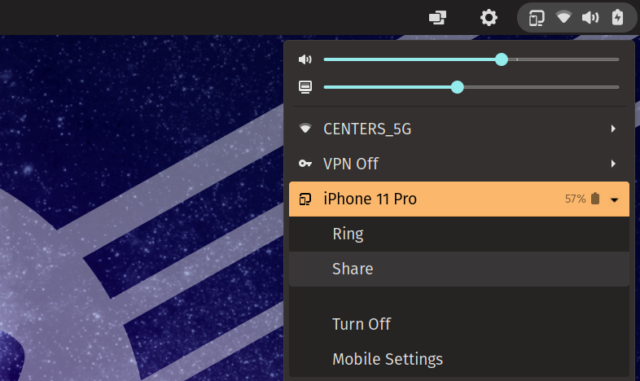 KDE Connect isn’t as full-featured on the iPhone and iPad as it is on Android, but it makes working between iOS and Linux easier than before. In my testing, all the advertised functions worked fine. And given how difficult pretty much everything can be on Linux, I was impressed with how easy it was to set up.

If you’re one of the few people who want to use an iPhone with a Linux box, give KDE Connect a try.