When Apple released macOS 12.4 Monterey, it seemed like a minor update (see “Apple Releases iOS 15.5, iPadOS 15.5, macOS 12.4, watchOS 8.6, tvOS 15.5, and HomePod Software 15.5,” 16 May 2022), but it included a small undocumented change that has irritated some users: it removed the colorful national flags associated with each keyboard input source. Previously, in System Preferences > Keyboard > Input Sources, you would see an American flag for the US keyboard, a Canadian flag for the Canadian English keyboard, a British flag for the British keyboard, and so on. 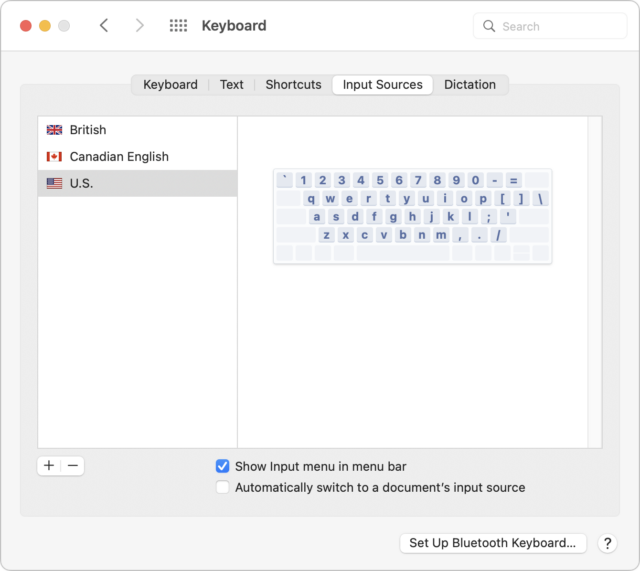 More importantly, you would also see these flags in the menu bar’s Input menu, with the currently selected keyboard’s flag as the menu icon.

With macOS 12.4, Apple chose to replace the flags with drab, monochromatic blocks containing a one- or two-character code to identify keyboards, which are nowhere near as visually distinct.

Apple has seemingly been on a war against color for years, most notably with respect to Finder window sidebar icons. However, Daring Fireball’s John Gruber says that a “little birdie” told him it was a deliberate move on Apple’s part to avoid denoting languages using national flags.

That makes some sense because languages aren’t always neatly tied to countries. But why now, after decades of presenting input languages this way? Especially considering that macOS has long used these little blocks to distinguish languages that don’t correspond to countries, such as Cherokee and Uyghur, and even some languages that seem to match up, like Japanese and Thai.

Regardless, several simple apps can restore the colorful flags to your menu bar.

John Gruber highlighted a couple of App Store apps to solve this problem: the $0.99 Colorful Input Menu Flags and the $1.99 Keyboard Switcheroo. Neither app collects personal data. I decided to try out Keyboard Switcheroo on Gruber’s recommendation since he felt it was the more polished of the two.

Keyboard Switcheroo works much like Apple’s old Input menu, with the key exception being a first-launch splash screen that offers basic instructions and prompts you to start Keyboard Switcheroo at login. Click Get Started to bypass that, and if you ever need to bring it back, choose Options > Help from the Switcheroo menu. 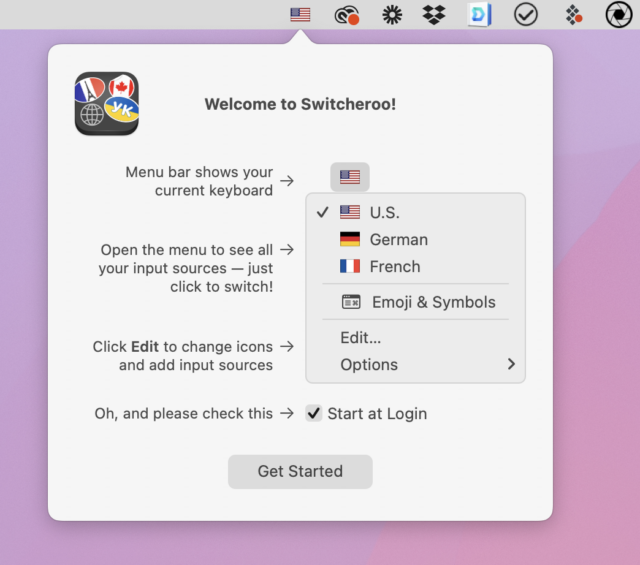 When I first installed Keyboard Switcheroo, it placed the icon at the far left of the menu bar. You can hold down Command and drag a menu bar icon to move it wherever you want, apart from the locked right-most positions. 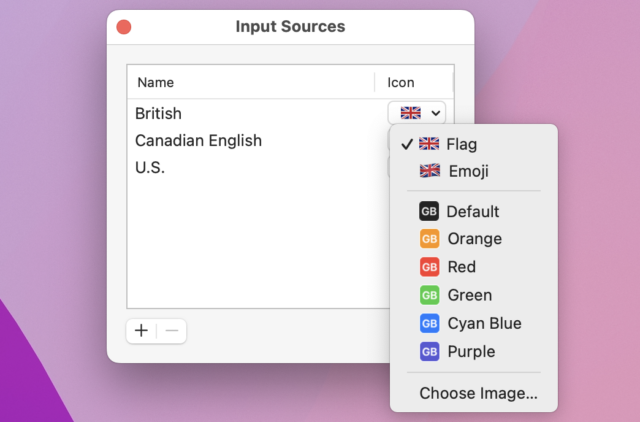 So there you have it: a simple solution for a small but potentially annoying change in macOS 12.4.

Comments About Bringing Back Keyboard Flags in macOS 12.4 Monterey