In response to a pair of concerning security vulnerabilities, Apple has released three updates: iOS 15.6.1, iPadOS 15.6.1, and macOS 12.5.1 Monterey. One of the vulnerabilities is at the kernel level, whereas the other is related to WebKit. No other changes were mentioned. 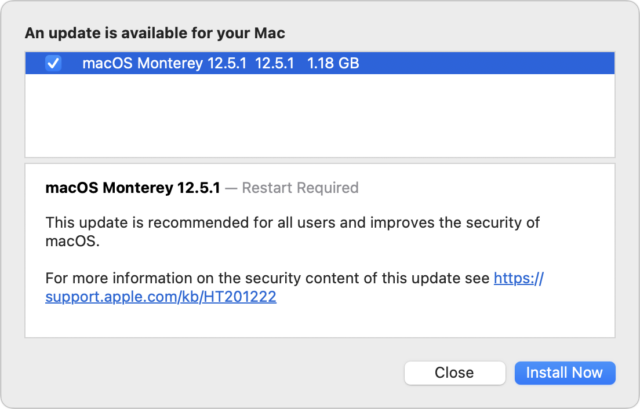 Given the severity of the vulnerabilities—both allow arbitrary code execution, one with kernel privileges—and the fact that both are being exploited in the wild, we recommend that you update as soon as possible. As always, install iOS and iPadOS updates by going to Settings > General > Software Update; install macOS updates from System Preferences > Software Update.

Apple also released watchOS 8.7.1 for the Apple Watch Series 3, not, as it later turned out, because of security problems, but to fix a bug that caused random restarts. You can download it from the Watch app in General > Software Update.