Ever since the advent of Apple Pay, speculation has swirled about Apple becoming a full-blown bank. Then Apple came out with Apple Pay Cash (now just Apple Cash) and the Goldman-Sachs–backed Apple Card, which stoked speculation. Now, Apple is going to offer savings accounts, again in partnership with Goldman Sachs. Apple was vague about the program’s name, but the image filenames in Apple’s press release call it “Apple Card Savings,” and Apple capitalizes Savings throughout the press release, so we’ll call it Apple Card Savings for now.

“In the coming months,” Apple Card users will gain the option to deposit their Daily Cash rewards from using the Apple Card into a “high-yield savings account” instead of Apple Cash. There won’t be any fees, minimum deposits, or minimum balance requirements, and you’ll manage it all through the Wallet app. 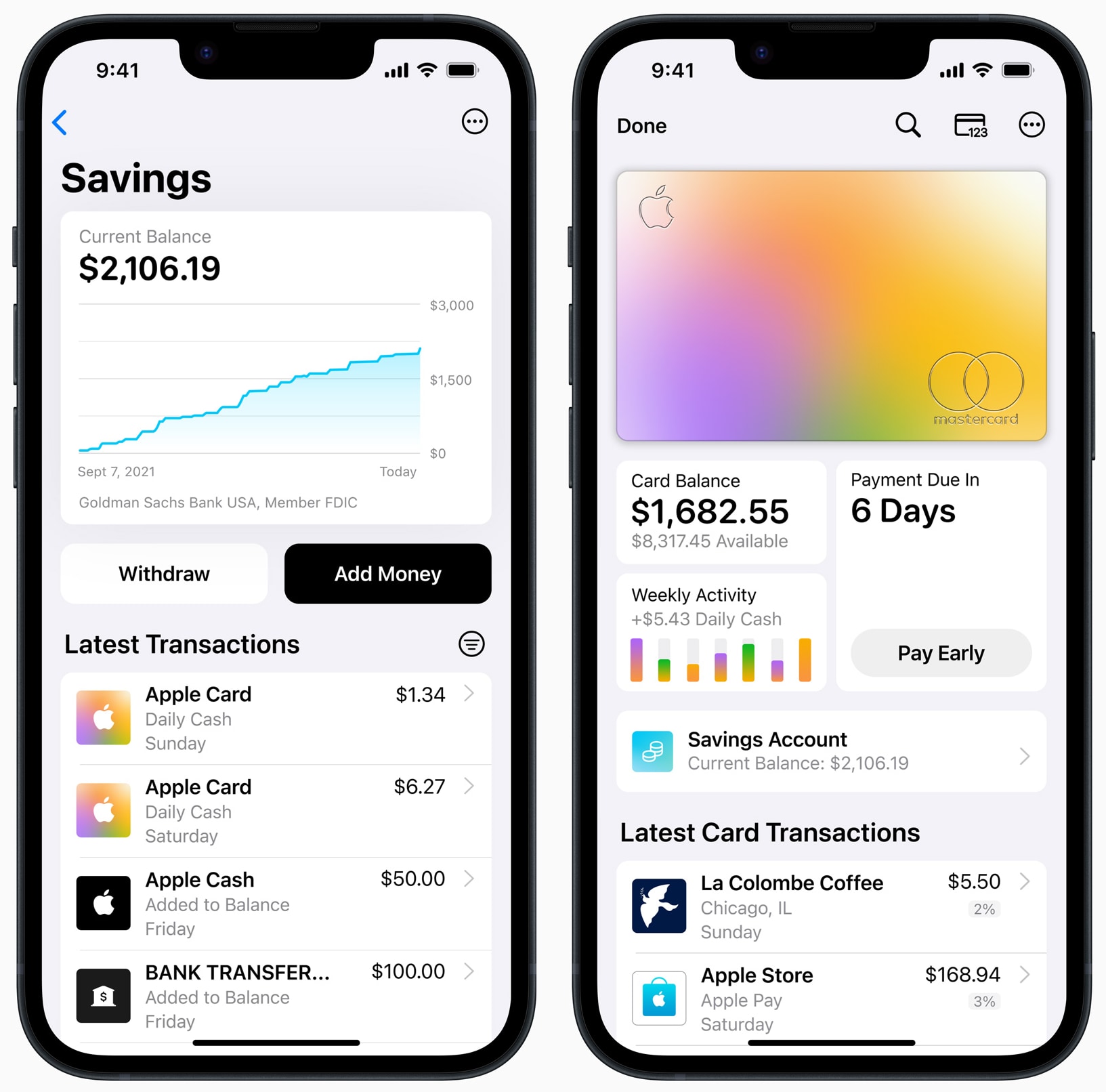 So it seems that Apple Card Savings will look like a normal savings account, but questions remain. For instance, will you be able to deposit a check into your Apple Card Savings account? I doubt that’ll be possible, at least at first. Will there be an ACH number for wire transfers? Presumably so, since you can link a bank account to it, but that ACH number may not be accessible by users.

The announcement is odd, lacking details about when the accounts will become available or what the interest rate will be (Marcus from Goldman Sachs currently offers 2.35% APY). Why did Apple announce it now instead of waiting until Apple Card Savings is ready?

One thing is certain: Apple is leveraging its huge customer base once again to move ever deeper into the world of financial services, undoubtedly extracting small percentages of the proceeds to bolster its increasingly important Services revenue.

Comments About Apple Takes Another Step into the World of Banking