Two macOS releases ago, I wrote “Ensure Sufficient Free Space before Upgrading to Big Sur” (10 February 2021) to warn users that an installer bug could result in a Boot Recovery Assistant loop. Apple fixed that bug in macOS 11.2.1, but I was reminded of it when TidBITS reader Marc Heusser wrote to tell us that upgrading from macOS 12.6.1 Monterey to macOS 13.0.1 Ventura on an M1 MacBook Pro with insufficient free space resulted in errors that prevented the MacBook Pro from booting. Marc had to restore from backup to bring his MacBook Pro back to working order.

So what counts as “sufficient” space? In my previous article, I linked to the tech specs for Big Sur, in which Apple says that it could require up to 44.5 GB of available storage. Unfortunately, Apple hasn’t published similar specs for either Monterey or Ventura. However, our old friend Charles Edge recently published the necessary details in Free Space Required for Modern macOS Upgrades. In it, he says that Ventura requires 25 GB of free space and that its installer clocks in at 12.19 GB, suggesting that it would be safest to add those numbers and make sure you had at least 37 GB free.

Without Apple providing specs, I was curious where Charles came up with that 25 GB number, and he told me that it was from personal experience. He had tried to install Ventura on a Mac without that much space and received a prompt from the installer telling him he needed to free up at least 25 GB. A post from Trend Micro confirmed that number wasn’t somehow specific to his Mac. So a minimum of 37 GB it is, for safety’s sake.

What could have happened in Marc Heusser’s case? The Ventura installer clearly thought he had enough free space to continue, rather than throwing an alert as it did for Charles. Marc speculated that the problem was due to APFS snapshots, and unfortunately, that’s likely. As useful as APFS is, it renders the concept of “free space” somewhat indeterminate. Howard Oakley explains some of the complexity involved. As you can see in the screenshot from Howard’s Mints utility (click the Volumes button), my Mac’s primary drive has 75 GB free, but 94 GB available for “opportunistic usage” and as much as 143 GB available for “important usage.” The Finder reports the 143 GB number. 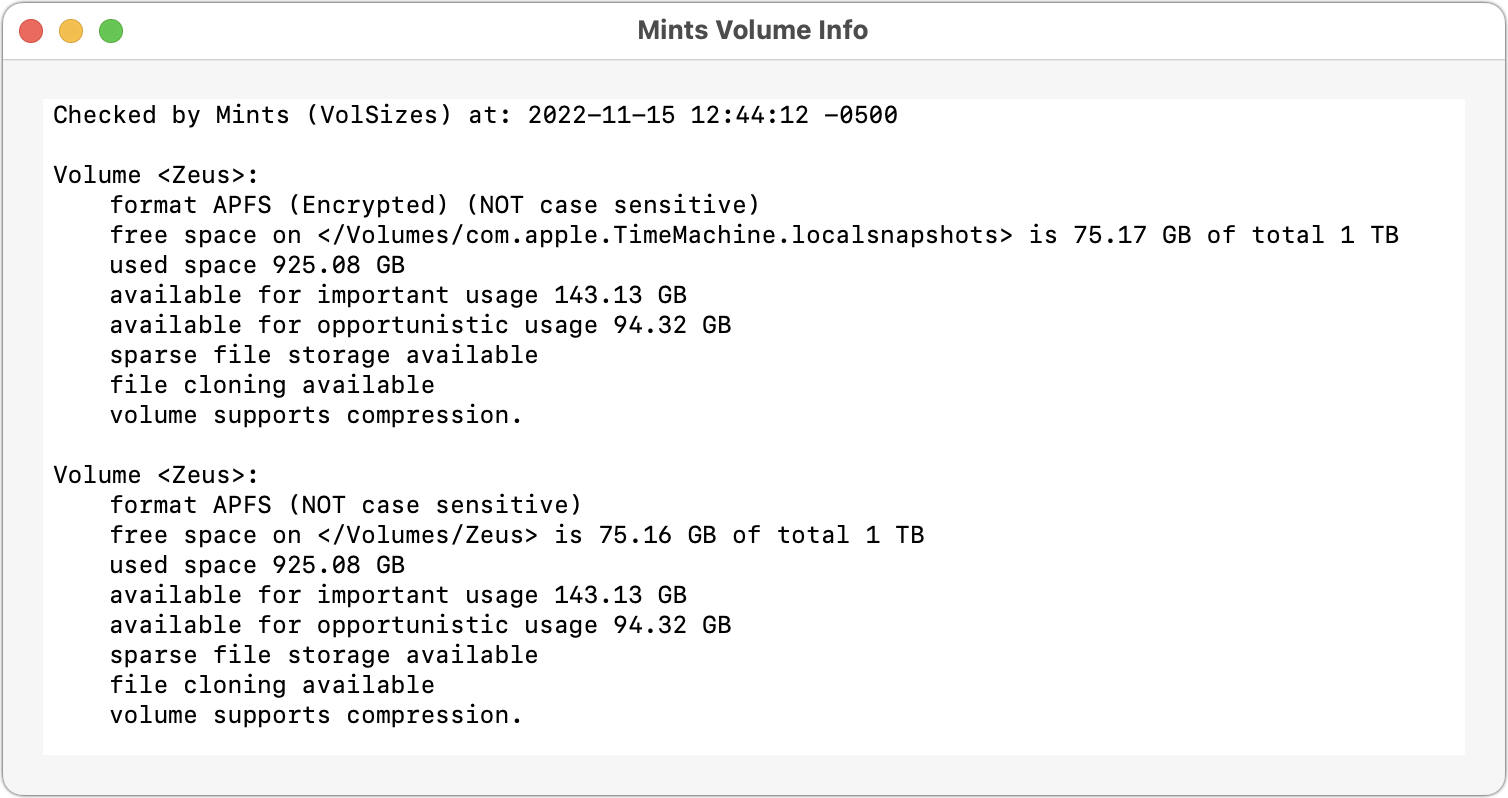 My best guess is that there’s an edge case where the installer believes there’s enough space available to start (assuming that an upgrade is either opportunistic or important), but when it starts copying files, APFS doesn’t always release the needed purgeable space.

Charles reported that since he published that article, he too has heard from a handful of people who have suffered a failed Ventura upgrade and have thus been forced to start over with a clean install.

So, what should you take away from all this?

Let us know in the comments if you run into space-related problems upgrading to Ventura.

Comments About Ensure Sufficient Free Space before Upgrading to Ventura