Rogue Amoeba has released Airfoil 5.0, a significant update to the wireless audio broadcasting app that brings a number of new features, including support for sending audio to a Bluetooth speaker or headset, as well as to multiple Bluetooth devices simultaneously. In addition to a new and improved user interface with sleeker graphics and longer volume sliders, Airfoil 5.0 also adds the capability to create Speaker Groups (found within Preferences), enabling you to select multiple audio outputs with a single click. 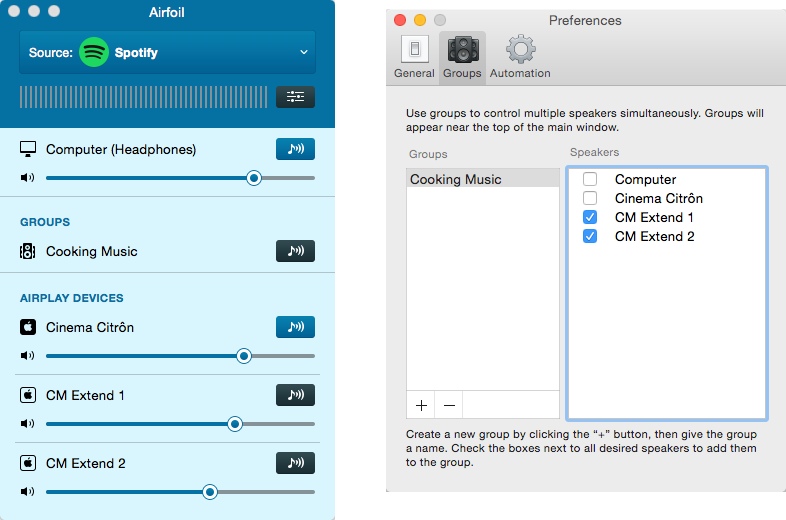 Other new features include a silence monitor (which automatically disconnects Airfoil when it’s streaming silence, freeing up the output device for others to use), adjustable output sync options (found in Speakers > Advanced Speaker Options), and custom equalizer presets. The release also improves the Instant On component and offers full compatibility with Rogue Amoeba’s free range of Airfoil Satellite apps, which enable iOS and Android devices plus Macs and Windows PCs to be used as audio receivers.