In version 3.9 of Apple Remote Desktop — the remote management software’s first update since early 2015 — Apple now requires OS X 10.10.5 Yosemite, but provides backward compatibility for communicating with Apple Remote Desktop clients running any version of 10.8 Mountain Lion, 10.9 Mavericks, or 10.10.4 Yosemite. (The Apple Remote Desktop Client comes with the operating system, and version 3.9 will be made available via Software Update to users running 10.10.5 Yosemite or later.) The Remote Desktop admin app also adds support for the Touch Bar on the 2016 MacBook Pro, enables administrators to export and restore an encrypted list of computers and user credentials, and enables
admins to use an assistant cursor to call attention to items on a remote screen. Many users are experiencing a problem where client machines fail to authenticate and show the status “Needs Upgrade.” Reportedly, the solution is to go to Remote Desktop > Preferences > Security and select “Allow communication with older clients (less secure).” However, admins are reporting other problems as well, so it’s worth holding off on this update until the community gives it the all clear. ($79.99 new from the Mac App Store, free update, 13.4 MB, release notes, 10.10.5+) 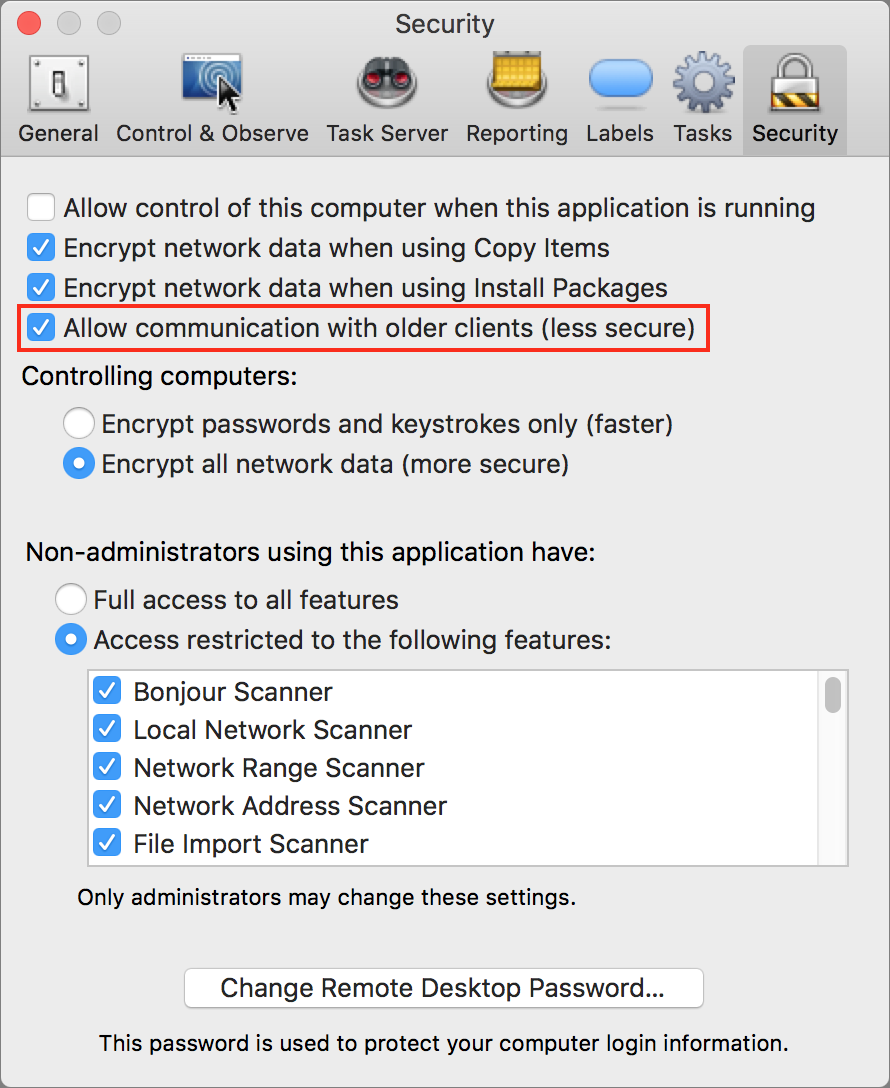